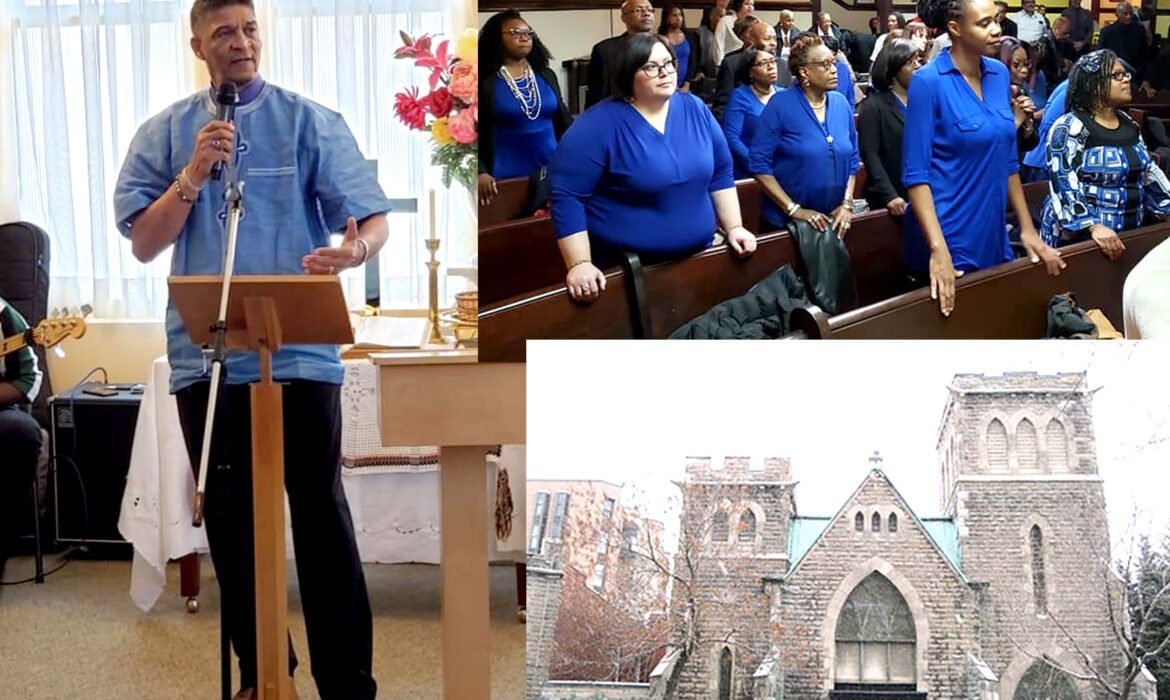 On Sunday, July 31, members of Imani Family and Full Gospel Church under the spiritual leadership of Pastor Glen Gray will worship at 3007 Delisle Street, the Union United Church building, in a move that comes with strong emotions for many in both congregations.
It was in 2005 when Rev. Darryl Gray (Glen’s older brother) helped to found Imani Church following his ouster from Union United where he served for several years.
With the move he took several members of Union’s congregation along with him to set up his new church, attempting to stake out a place in the Black community, worshipping for a short while in NDG, before moving back into Little Burgundy on Richmond Street.
Over the ensuing years, the two congregations co-existed in the area that is the birthplace of Montreal’s Black community. But it was difficult for Imani to plant its root and was forced to move from one location after the other, due mostly to the exorbitant cost of finding adequate space.
After a couple years worshipping at the chapel at Feron’s Funeral Home on Notre Dame street, Pastor Glen Gray says he welcome the opportunity to call 3007 Delisle, home until Imani is able to purchase it own building.
He also acknowledges how difficult it might be for some of his members who walked away from Union United, one of the oldest Black congregations in Canada to start the new church.
He says lots of family and friends have been torn apart by the separation and his hope is that they will be brought back together.

“As a man of faith, I see it as a God-sent opportunity to be at Union and being part of what can be sent as a divinely inspired reconciliation,” he told the CONTACT recently. “In the spirit of reconciliation, I think the church should be an example for the community.”

He says some members of his congregation are understandably hesitant to return to a building, where they think the founder of Imani was hard-done.
But he
He looks back at two and a half tumultuous years, when COVID-19 drove people away from churches, forcing them to find new ways to worship.
He says his congregation adapted well using available online technology such as conference call platforms and Facebook to involve a wider cross-section of worshipers from across Canada and he United States.
“I can say that our on-line congregation has grown significantly, including my mother and many family members who are in the States joining us on our Facebook page,” says Pastor Gray who was born in Boston and lived in North Carolina.
He anticipates that the move to Union will help not only in the continued growth of his congregation but also in consolidating the rich history of Blacks in the Little Burgundy area.
He says that both congregations can co-exist serving God and the Black community.
To accommodate Imani, the board of Union United has adjusted their worship time from 11 AM to 10 AM.
According to Charlene Hunte, chair of the Outreach Committee at Union United having Imani using the building for their church services is a win-win for both congregations.
She says while there might be some hesitancy on the part of some members of both churches, the future is beckoning and the time is right to unite and support each other .