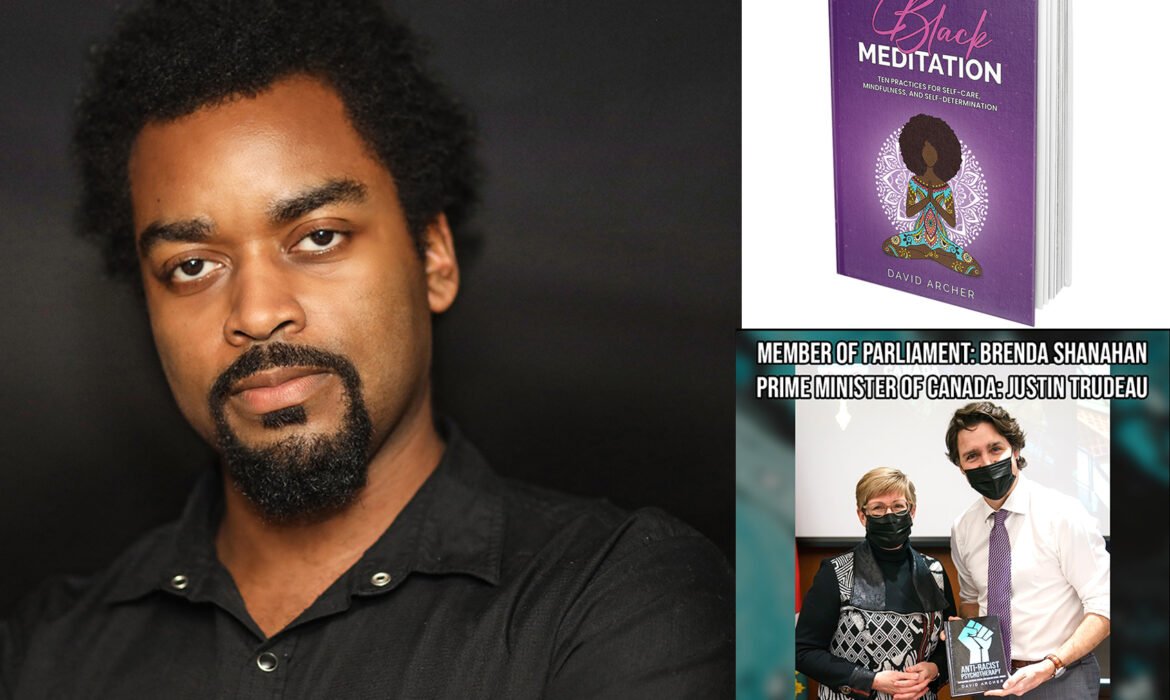 “I became the therapist that I wanted to meet,” he says. “And what led me to that was the absence of myself.”

Archer, who also identifies as a Black Jamaican African Canadian
and holds an undergraduate degree in psychology, a Master of Social Work and a Master of Applied Science in Couple and Family Therapy, says that it didn’t take him long to realize that he was entering a field dominated by what he describes as “white inferiority and myth of white supremacy.”
What also became readily apparent to him was a dearth of Black psychotherapists ready to deal with the many misconceptions in the field and prepared to assist those who have become hobbled mentally due to the trauma of racism in a society in which systemic discrimination is rife.
So even as people around him were telling him that “Black people don’t do therapy,” when he launched his practice a few years ago, he soon found himself with an extended list of clients/patients who were ready to forsake (long-held) taboos in order to get mental health services.
That became even more pronounced around the period following the murder of George Floyd in the US.

“It made me realize that I needed to search out other people (professionals) who were interested in talking about race and racism and the mental health implications of that and since I could find many of them I had to become the therapist I always wanted to meet.”

By that he means that he became “keenly aware of the needs of underserved populations including members of the African Diaspora, survivors of colonization, and those who have survived the effects of intergenerational trauma,” as stated in professional attestation.
And he undertook research that allowed him to be able to come up with what he describes as a “psychological explanation for the mental health effects of anti-Black racism.”
Today, Archer stands as one of a handful of approved Eye Movement Desensitization and Reprocessing (EMDR) consultants in Canada, capable of helping individuals heal from the emotional distress that stem from painful and traumatic life experiences.
And as a trauma specialist, he says he found that “depending on your social identity, you’re more likely to have certain things happen to you.”
As such, when he started meeting with Black people, they were telling him about “issues of racial profiling and discrimination” that he is certain white people didn’t have.
So one of the questions that emerged from his explorations was: where did the problem come from and who benefits from them.
Archer, who eventually authored two books (with a third book currently in press called Racial Trauma Recovery,) on the topic of anti-racist psychotherapy made it a foundational part of his practice to find adequate “responses to racial trauma caused by a society that perpetuates of anti-Black racism.”
And in the face of it all, he has come to realize that many in our community who have become debilitated mentally by the scourge of structural racism face barriers to accessing appropriate services, a lack of Black and/or anti-racist practitioners, and the absence of essential community based support.

“It is true that many of us, Black men especially are not tuned in to our resources… there are people that are around us, family members and friends.”

He pointed also to the internal resources that people can tap into such as a belief in a higher power be it religious, spiritual or even a cherished loved one or departed ancestor.
As a therapist he has come to know that helping Black people find motivators to assist them to reengage and empower themselves is a powerful tool in motivating them to “take change into their own hands.”
He adds that therapy can help people heal from the accumulation of stress linked to the daily bombardment of negative experiences in society.
“It might not necessarily make society a better place but the individual is better prepared to deal with it.”
His first book titled, Anti-Racist Psychotherapy: Confronting Systemic Racism and Healing Racial Trauma, took him to a painful place as he researched and wrote it.
The book tells of the differences between Black and white people in experiencing the racism we’re all caught up in and the unevenness of the consequences on Blacks.
Interestingly he says, is the determination that “every single person (Black and white) is capable of healing and recovering from the stresses of racism.
He describes his second book, Black Meditation: Ten Practices for Self-Care, Mindfulness, and Self-Determination as “a love letter to Black people.”
It’s a celebration of our resilience that offers tools and techniques such as breathing exercises and visualization that allows Black people to get the benefits of therapy even if they’re unable to reach an anti-racist therapist.