It’s nine years since you’ve been gone
Your beautiful face and spirit lives on
And continue to shine in our hearts and minds for eternity.
Much love.

Your husband Witford (aka Witty-Soul) McPherson and other relatives and friends. 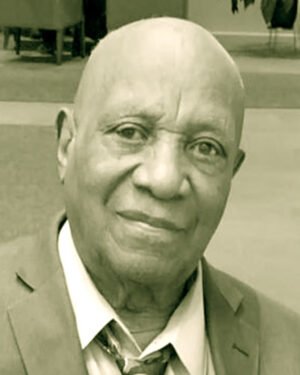 Mr. Randy Pierre: Remembering a giant of a community advocate

With the recent passing of Mr. Randolph Pierre Montreal’s Black and Caribbean community lost one of its giants… “no pun intended” you see Mr. Pierre as he is known to all , is six feet plus and a giant of a man.
My wife and I went to pay our last respects to Mr. Pierre: the celebration of a life worthy of admiration, not only for the 94 years he lived but for the unselfish commitment to others which he epitomized .
At the “viewing” the room was full of “awe” and a tacit air of warmth and respect. It was also filled with hymn singing and folks reminiscing about the unsung philanthropist.
You see Mr. Pierre not only raised his children and some who were not his own, but he also found time to help others like me. All while upholding the age-old institution “U.N.I .A”.
Where did he find the time, courage, patience?
Although our casual acquaintance spanned a few decades it was only on this day that I would meet the fruit of his tireless labor: the children, grand-children and great grand-children.
One of the twins I would see running around his LaSalle home, years past, now a beautiful mature young woman testified to me in words I’ll remember forever.
“Papa did for me what my own dad didn’t do.”
I tried hard to withhold my emotions. You see the broken family is a BIG issue in black communities, an issue that doesn’t make headlines or provoke much dialog as it relates to the conditions of the “African” family but whose attention is at the heart of its future advancement.
So, it is people like Mr. Pierre his wife that recognize and address this issue, by taking in and parenting children who were either abandoned or neglected by their biological parent.
Nuff said: We “BIG UP” Mr. and Mrs. Pierre and others like them for that effort (Amen).
It was in an entirely different capacity I came to know Mr. Pierre.
I ventured into a small business selling books to supplement my income with a couple of conscious partners. Endeavoring to disseminate African literature to the community and in need of a printer, we crossed paths.
You see, Mr. Pierre was also a staunch “Garveyite” hence his association with U.N.I.A.
We struck gold, in Mr. Pierre who was a reliable unselfish resource that provided consistent, punctual quality printing of our monthly “Great Book Selections” that would eventually reach Canadian readers coast to coast.
His encouragement helped us pursue an idea and product that resonated with his philosophy. As such, an ongoing five-year relationship ensued
He provided printing services, from a press he ran from his basement, providing us with a service we could scarcely afford as young aspiring entrepreneurs in a complex commercial arena.
It was during visits to his home, we witnessed the logistics of the “Pierre household, children young and adolescent, ubiquitous up and down that duplex.
As Mrs. Pierre delivered instructions while Mr. Pierre attended to us, interruptions would be met by “excuse me a minute” in the most endearing of vocal tones to the little one competing for his attention, “I’ll help you when I’m finished with this gentleman.”
I would pause in admiration at his composure and gentle firmness.
When the not-so-profitable-endeavor would test our perseverance, it was Mr. Pierre that would remind us of the importance of the service being provided and that not all things render immediate financial returns: “you have to stick with it.”.
As aspiring “Garveyites” ourselves and encouraged by the wisdom of his words we pressed on, until the “end” came years later, and we tanked. Despite our inability to sustain the project, his counsel we would always cherish and continues to be relevant.
I would run into Mr. Pierre thereafter at events at the U.N.I.A building, Ethel Brunet’s dance studio, Kwanzaa, he would open up the facility for, which included Church meetings for the Imani family.
It’s important to recognize the humble “giants” within our midst and reflect on what constitutes community service. The U.N.I.A as an institution dates back almost 90yrs and its people like Mr. Pierre that make these institutions viable/ possible.
Foster care work needs no additional accolades; just speak with those subject to the experience, to understand. If you didn’t know, our community has those that may not make the headlines, but tirelessly commit to making a difference in the service of community and others.

R.I.P Mr. Pierre, thank you for being you.

The winningest team sport athlete Bill Russell died at 88 in his home on Mercer Island in Washington.
It is impossible to tal 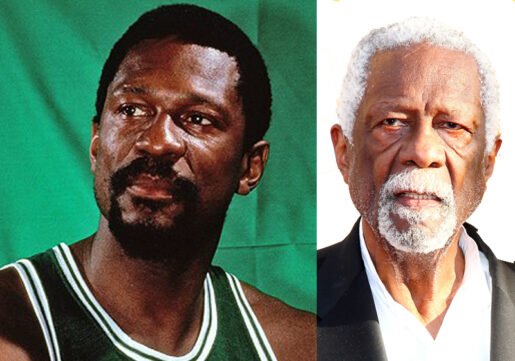 k about the emergence of basketball, particularly the NBA, without mentioning the Celtic legend. Thirteen seasons played, thirteen Finals appearances, and eleven championships solidify his place in sports history.
A team player through and through, it is said that throughout his playing career, Bill never insulted nor unfairly criticized a teammate of his. His belief in total cooperation and solidarity made him a more approachable leader than Michael Jordan, who was infamously hotheaded with his team.
Aside from his incredible team accomplishments, his athletic prowess is undisputed. Winning five MVPs, four rebounding titles, eleven All-NBA teams, and twelve all-star selections only shows a fraction of his accolades considering many of his statistics were either lost or never accounted for during his playing days.
Nicknamed “the Muscle” his legendary defense and intellect made him a trailblazing player in the 60s despite his somewhat average offensive output. A skilled ball handler for a big man, Bill had the ability to keep up with quick guards and stout centers like Nate Thurmond, Willis Reed, and of course, Wilt Chamberlain.
Before Magic versus Bird or Pistons versus Bulls, Chamberlain versus Russell was the first defining rivalry in NBA history. Wilt was taller, more imposing, a bodacious macho celebrity who set more records than anybody and was a perfect heel to Bill Russell, a strong yet silent man. Bill won championships; Wilt took the stats.
In 1966, after Celtics head coach Red Auerbach focused solely on being General Manager of the club selected Bill to replace him as a coach while remaining a player. Later in 1968 and 1969, Bill won the final two championships of his career and became the second and final champion player-coach.
In addition to being a B-ball legend, Bill Russell was a strong civil rights advocate in the way Muhamad Ali or Kareem Abdul-Jabbar were. He was directly behind Dr. Martin Luther King Jr. during his famous Speech in Washington in 1963. In the 1967 Cleveland summit, he backed Muhammad Ali’s decision to protest the Vietnam War along with Ali himself, Jim Brown, and Kareem, to name a few. A stand to protect the interest of Black athletes was always a cause he looked to fight for.
Despite his contributions, Bill’s treatment in Boston was less than adequate. A city notorious for its racism lived up to its reputation, berating Bill with slurs consistently, even breaking into his new home and defecating in his bedroom. After his retirement, Bill swore to never step foot in Boston again. He moved to the West Coast, where he led a quiet life with his family, occasionally stepping into the limelight like his SNL appearance in 1979.
In honor of Bill’s prolific winning, then NBA commissioner David Stern renamed the Finals MVP award to the Bill Russell Finals MVP, having never won the trophy due to it not existing until 1969 (his last season). Though the Celtics won the championship that year, Lakers guard Jerry West (the logo of the NBA) won the trophy despite losing the series, making him the only Finals MVP to lose the Finals.
Barack Obama awarded Bill with the Medal of Honor. In 2013, his vow to never enter Boston again was broken after the city sculpted a statue in honor.
For a decade until the pandemic hit, Bill would come out and give his prestigious award to whoever was named Finals MVP at the conclusion of the playoffs. A tradition that was thankfully established before his death, giving newer basketball fans a chance to get to know the ultimate winner of the sport by gracing TV screens worldwide decades after stepping away from the game.