“I need to take a break” 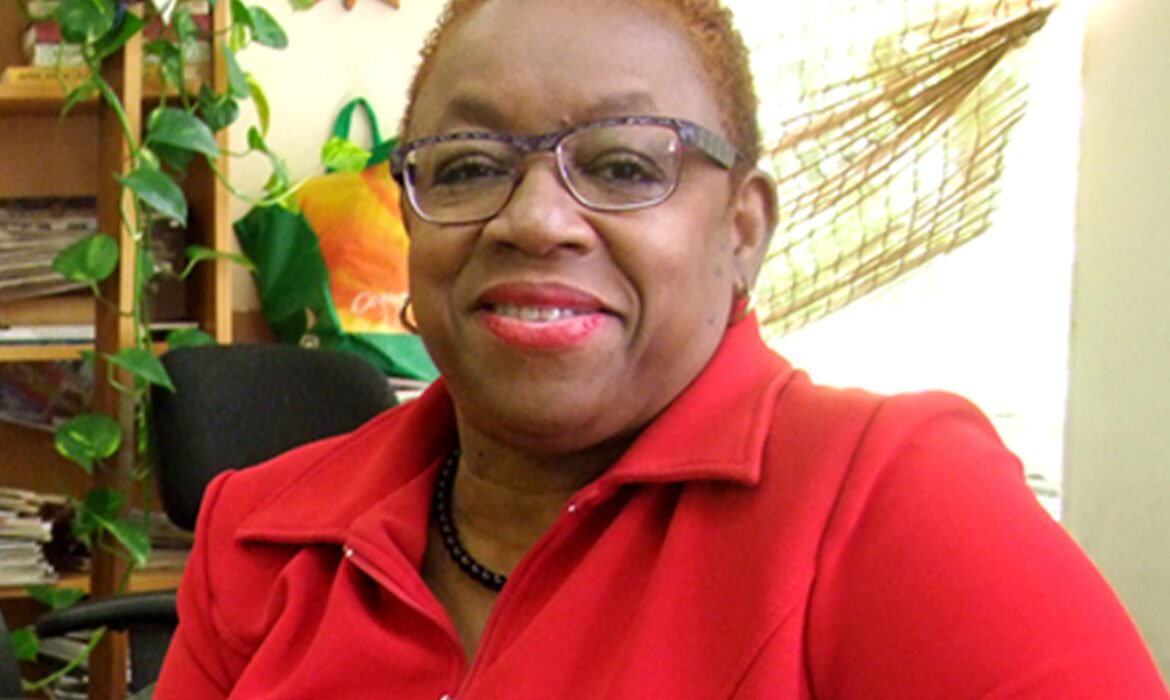 It must have been something about 22-year-old Gemma Raeburn back in 1972, when Winston Roberts, the man accredited as been one of the founders of the Montreal Caribbean carnival parade, called on her to help organize the inaugural event.
Union United Church was marking its 65th anniversary and they decided to make a Caribbean parade part of that celebration. As it turned out, the youthful Raeburn was one of the livewires in the community at the time called on to make it happen.
And so it began.
These days, more than four and a half decades later, Gemma’s name remains electric in the realm of event planning and community involvement.
And she stands almost alone at the top of the mountain with her mark firmly imprinted on a few mega events and community initiatives that helped to define the Black community in Montreal.
Signature events such as A Taste of The Caribbean, The Montreal Carnival Queen Pageant and of late, The Women’s Day Tea Party and the Montreal Caribbean Fashion Week together with the Montreal Ebony Models, all created and nurtured by Gemma have all become part of the cultural landscape of this city.
Today, for the 66-year-old, looking back is filled with pride and joy, but looking forward is a bit hazier.
That’s why she says, “it maybe time to say, enough.”
But she’s saying it as if with some trepidation.
“Maybe I can’t bring myself to say retirement,” she says. “I don’t want to say I’ll never do another show, then have to eat my words. It happened to me before.
But I can say with certainty that I’m taking a break. I have to, because I have medical issues that I have to deal with.”
She talks about her lingering struggles with diabetes, high blood pressure, congenital heart disease and recently colon cancer.
“I have to get my strength back, plus there’s so much in life that I’m blessed to be still able to do like travelling with my husband (school teacher Bernard Baynes-now retired).”
Gemma says she is preparing her exit at a time when it has become increasingly difficult to access sponsorship money or other forms of assistance to organize events.
“These days, even if you’re organizing an event to benefit the community or any other good cause, you have to dig into your pocket for the money to make it happen, and you have no guarantees of making it back because you can no longer count on the support of the community. The demographics are changing quickly.”
She says those reasons make it easier to walk away.
And she says she can do so filled with confidence that she has done her part to uplift her community and enrich the lives of other Montrealers.
It’s been mostly all good, she says, except for that one thing that reduces her to tears whenever she speaks of it.
“I will never be able to get over the way the Taste of The Caribbean was stolen from me by two people who I thought were friends, but who got together and stole the event that I invested so much of my life, my money and family resources to build.”
Gemma recounts how in 2014, wanting assistance to take the event that she started in 1999 to another level, she accepted offers from two potential investors in a deal that soon turned sour, and before she realized it, they conspired to wrestle the event from her.
“It’s the worst thing that has ever happened to me in all my years of community involvement,” she told the CONTACT, overwhelmed in a river of tears. “But God is alive as they will eventually find out.”
But she says in the midst of the ugliness, there’re a lot of positive achievements and contributions to look back on.
Thirty-eight years ago she founded the Montreal Ebony Models and helped the legion of young women and men find their confidence while showcasing the styles that emanated from our community. Many of them went on to forge successful careers on stages and runways across Canada and North America.
Over the years, the group raised more than two million dollars for charities such as YWHA, Hope and Cope, State of Israel Bonds.
Also, through African Dynasty, an organization she helped found, Montreal Ebony Models were able to raise tens of thousands of dollars for the local Sickle Cell foundation.
Gemma is also proud of the role she played in getting the annual summertime Caribbean parade both as a founding member, then with her masquerade band, Playmas, which she started in 2000 and built to be a spectacular force on the road.
The name Playmas Montreal continues to be the organizing body for much of her initiatives over the past decade or two.
“I have a lot to be thankful for,” says Gemma.
Upon arriving Canada from Grenada as a 13-year-old in 1964, Gemma immediately immersed herself in Park Ex community where she lived with her mother and siblings, organizing events and participating church activities.
At the Bank of Montreal where she worked since 1973, much of her focus was on community initiatives as she served on various task forces for minorities and women. She also championed the EXCEL and Career Edge programs, education and work experience projects targeting minority students.
Sitting at the CONTACT offices, with tears provoked by the loss of Taste of the Caribbean subsiding, a look of contentment sweeping over her face, Gemma managed a smile.
“Yep,” she says. “I did my part to help my community.”