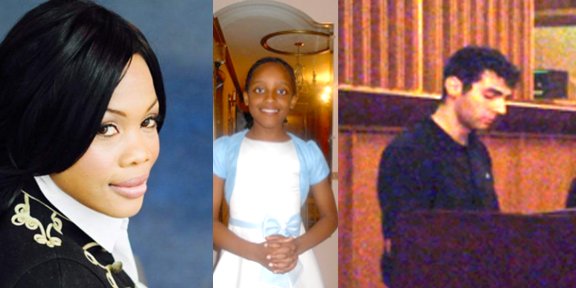 On Sunday, June 12, music lovers are invited to revel in the legacy of two of the most acclaimed musical bards in history.
The benefit concert is titled Bach-O-Marley: St. Ann Parish Meets Eisenach and the program will consist of three distinct yet related segments. One of them will be an integrated organ work specially arranged and performed by Carl Hutchinson, the program facilitator. It combines selected works of Bob Marley and Johann Sebastian Bach into a single interrelated piece.
According to Hutchinson, although ROBERT NESTA MARLEY AND JOHANN SEBASTIAN BACH were born almost 300 years apart in vastly different parts of the world under quite different circumstances, their musical and cultural impacts are indisputable.
Both were products of their hardy country roots. And although under very different conditions, they both had to fight for survival to make a living performing their craft exactly how they insisted on doing it.
Bach was an Organist, Harpsichordist, Organ Builder and one of the greatest composers ever.
Marley was a poet, philosopher, social activist, guitarist, vocalist, composer and marketing genius without equal.
Bach came from a musical family. His father, a professional string player, reputedly taught Johann to play the violin. Meanwhile, Marley came from a farming background. While the gift of Bach’s heritage was his family’s musicality, Marley’s was his closeness to nature and all things real. He taught himself to play the guitar, originally improvising, according to some sources, with the salmon can, wood and fishing line.
While Marley had no direct obvious musical family heritage to fall back on, he had an extended musical family support system that equally nurtured his artistic development. That system included his voice teacher from Trench Town, Joe Higgs and The Wailers, notably Bunny Wailer (Neville Livingston), Peter (McIntosh) Tosh and the other Wailer members (Braithwaite, Kelso and Smith).
Bach and Marley were both fiercely independent and profoundly religious; one Lutheran, the other Rastafarian.
They were both educators. Bach earned a living teaching music while Marley used the world as his classroom and charged no tutoring fee. His only request was that his students take the time to appreciate the depth of his teachings.
Hutchinson states that his concerts usually feature a combination of seasoned performers as well as talented young artists, as well as gifted special-needs performers as a way of fostering a greater appreciation of how such individuals enrich our community life experience.
The program on June 12 will spotlight Erickson Skerritt a talented and versatile trumpeter who will be performing works by both Bach and Marley, and Zina Edwards an accomplished local singer/songwriter who will be performing selections from her recently released CD.
Two outstanding young performers, Kayla Macream (13 years-old) and Samsara Arboite (11 years-old) will be returning this year. Recently, both came together in a sold-out performance at Montreal’s historic Rialto Theatre.
Also returning are Alyssa Walton and Steven Atme.
Walton is a gifted vocalist who continues to thrill audiences wherever she performs. She has been a conductor of the celebrated Joybells Children’s Choir.
Atme is a 21-year-old who was diagnosed with autism at a very young age. Although always able to sing, he did not begin speaking until the age of eight.
Aime began composing at 11 years of age and started studying music theory at 14. He is the recipient of a scholarship to study at McGill’s Conservatory of Music and will perform two of his original compositions.
Bach-O-Marley is the second in a series of concerts staged by Hutchinson who says this year’s event is inspired by the success of the last year.
It will be at The Church of St. Andrew and St. Mark, 865 Bord du Lac, (Lakeshore) Dorval. Starts at 4:30 p.m and runs 2 1/2 hours.
Admission is free, but a free-will offering will be collected during the concert.
Donations, which are voluntary, are collected and managed by a Financial Control Committee. Last concert, shortly after the event, the proceeds were directly distributed to Summit School of Montreal, which services over 550 Special Needs students; the Community Services Department of the LaSalle New Life Church’s Food Bank Program; The Anglican Diocese of Montreal and the Day of Love and Care Student Back-to-School Supplies Program of the Community Services Department of the Oasis Worship Centre, Lachine, Montreal.
For information 514-850-9690 or at BENEFIT.CONCERTS2016@GMAIL.COM