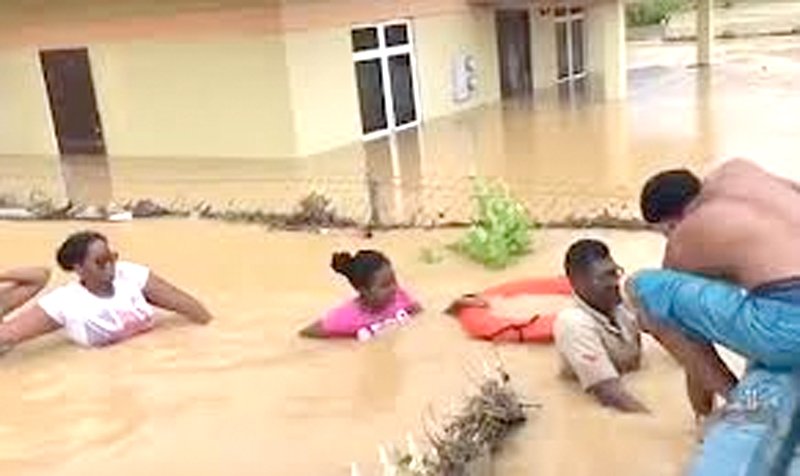 Trinidadians in Montreal are rallying to help their home country following the widespread flooding that has inundated much of the island and left tens of thousands stranded and homeless.
The relief effort is being headed by several in the entertainment industry, including DJs Production Sounds, Biggz, as well as members of Central Boys and Chaguanas Senior Comprehensive, Challengers Soccer Team and Soca Survivors.
They have placed barrels in strategic locations across Montreal to collect supplies to send to assist flood victims at home.
And they are asking Montrealers to drop off supplies such as bedding items, towels, baby supplies, cleaning products, hygiene products, non perishables: canned foods, etc., first Aid supplies, clothing for men, women and children at V Lounge,
662 90th Avenue, Ville LaSalle; Caribbean Curry House, 6892 Victoria Ave CDN; TnT Palace, 6346 Victoria Ave. CDN.
They are specifying that no monetary donations should be dropped off at those locations. The Deadline collection is Nov 4.
After three days of non-stop rain that started on October 17, a significant chunk of Trinidad was inundated, particularly the central region and areas of the eastern parts of the country.
At the height of the flood, the southeastern village of Mayaro and other parts of south T&T were cut off from the rest of the island. Food, water and other basic supplies are in demand.
The government has since declared much of the island a disaster area.