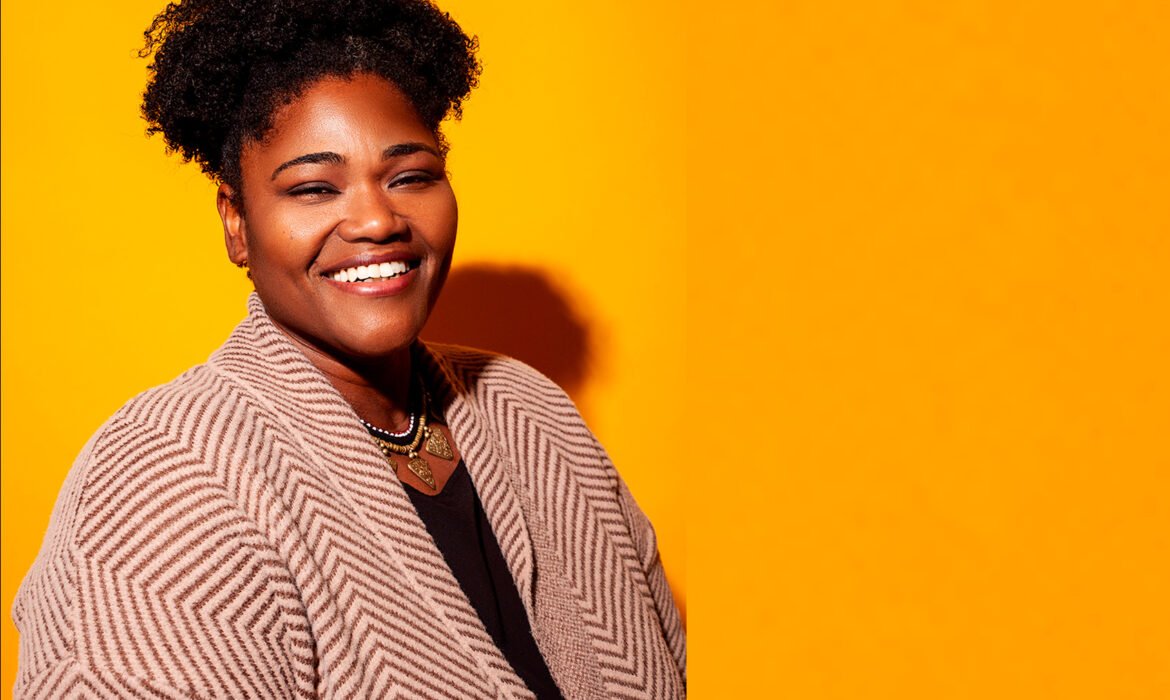 As one of Canada’s oldest Black theatre companies, the Black Theatre Workshop (BTW) recognized, has been championing the works of Blacks for decades. Its new artistic director Dian Marie Bridge is committed to continuing that in that tradition and building on it.
Born in Jamaica and raised in Toronto, she attended the University of Minnesota’s Theatre and Dance program and has spent the last two decades in theatre, working with arts organizations nationally and internationally.
The way Bridge sees it, theatre is an integral part of Black culture.

“I think Art general is about not only about reflecting our experience or who we are, but it also helps us dream and build and regain things. When I think about the rituals that we have in in culture and society.
Some of those have been reduced to weddings and funerals, right? And theatre is the closest thing we have to ritual. Where everybody knows the rules. You come into a space that when lights go down, you stay quiet, you listen.
You can talk back to the artist. When you talk about culture, cultures outside of yourself, you always reference their art, you always reference the food, you always reference their music, their dance and these are aspects of theatre.
“I have always admired Black Theatre Workshop and now I am so humbled to be a part of it,” she says.
Bridge comes aptly suited for the job as her resume is colored with a laundry list of powerful and inspiring work.
As it stands she is an award-winning theatre maker, writer, director and creative producer who holds a degree in Theatre Arts and Dramatic Literature from Brock University.
She attended the University of Minnesota’s Theatre and Dance program and has spent the last two decades in theatre practice, working with arts organizations nationally and internationally.
According to Bridge from the moment she acted in a church musical, she knew her life would revolve in someway around the stage. She giggles as she recalls the lyrics from the song.
“From that musical play I knew I wanted to work in this area,” she tells the CONTACT.
Before joining BTW, Bridge was most recently the Associate Artistic Director at Luminato Festival Toronto, and Artist in Residence at Necessary Angel Theatre. She is the recipient of the inaugural Strombergs Family Realization Fund, through Nightwood Theatre, the Stratford Festival’s Elliott Hayes Guthrie Award for Playwriting, and SummerWorks’ RBC Professional Award.
Her directing works includes Beloved: A Celebration of Toni Morrison and Black Women Writers (Luminato Festival Toronto), The Mountain Top (Persephone Theatre), Made In Congo (Theatre Row United Solo Festival), Aneemah’s Spot (Cric Crac Collective/Motion Live).
She hopes to explore the many sub-cultures in Montreal.

“We have something really unique here, “ she explains “not only linguistically where we have like this mix of many languages like French, English, Spanish even Lingala. But we also have all of these things that we bring with us that impact how we see the world and we have a different moral code or different moral contract and a different social contract. So that is that’s what we want to start expressing so that people know that they belong to each other and to this community.”DIAN MARIE BRIDGE brings her livelong passion for theatre to BTW