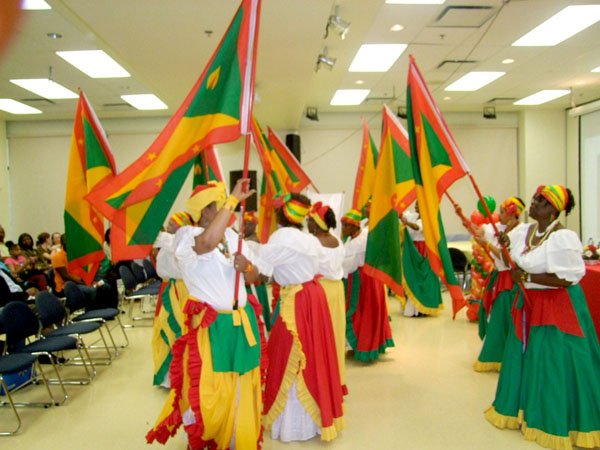 On Saturday, February 21, nationals and friends of the tri-island state of Grenada, Carriacou and Petite Martinique will gather at the Eveagreen Hall for a gala celebration to mark the nation’s 41st anniversary of Independence. The event will unfold as a dinner, show, award ceremony and dance. And as it has been over the years, it’s expected to showcase the best of the Isle of Spice with its pulsating culture and people.
One of the highlig

hts of the evening will be a feature address delivered by one of the island’s most illustrious sons, Derrick Cecil James, former Consul General of Grenada in New York. He served between 2008 and 2012.
James, a mechanical engineer of high repute, also distinguished himself by his selfless involvement in community work both in New York and in his homeland.
Another will be an appearance by iconic Grenada entertainer, Elimus Gilbert known to the world as Inspector. This year the bard is celebrating 30 years in music, during which he has risen to the top of the field winning Road March, Calypso Monarch and Soca Monarch titles on multiple occasions. Speckie will be honored for his contribution to the field b y organizers.
Also to be honored will be Shawn Brown, former professional basketball player and a true son of our community who has dedicated countless hours working with youth in Cote des Neiges and around Montreal. And Mr. Dennis Bonaparte, the first elected president of the Grenada National Association of Montreal and stalwart community worker who died recently.
Organizers also have a long list of awardees who will be surprised on the night of the event.
The Grenada Nationals Association of Montreal Inc. in collaboration with Leonard Wharwood Jr., Grenada Honorary Consul in Montreal, is organizing the evening.