Advertise with Us
Home News Community News BHM Message: stand for something

BHM Message: stand for something 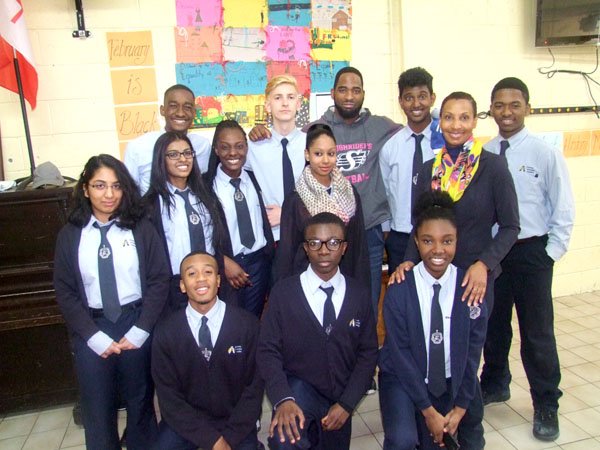 Students at Greaves Adventist Academy in NDG culminated their celebration of Black History Month with an exciting visit and a highly motivating message by Cory Watson, a Montrealer currently making a name for himself in the Canadian Football League (CFL).
Watson, a wide receiver who spent six years with the Saskatchewan Roughriders before he was traded to the Winnipeg Blue Bombers this past January, urged the dozens of high-school students who jammed the Assembly room to stand for what they believe in and go after their dreams.
“In doing so, don’t be afraid of sacrifices,” he told them.
Watson, who was proud to tout his Jamaican heritage, grew up in Dollard des Ormeaux and attended Vanier College where he was one of their star players before he moved on to Concordia University. In 2010, he was drafted ninth overall by the Blue Bombers.
The 31-year-old spoke of being inspired for much of his life by Muhammad Ali and of his dream to make it to the National Football League. However, he says he soon realized how blessed he was to be able to carve out a professional career in the CFL.
He reminded students that they too must find role models who can inspire them, and that they should always strive for excellence. Watson had his best season in the CFL in 2011 when he accumulated 793 yards on 69 catches.
Before speaking to the high-schoolers, Watson spoke to the elementary level students, urging them also to take a stand for what they believe.
The highly-diverse group of students that participated in the event were very receptive of Watson’s message of inspiration and seized the opportunity to have their photos taken with the football star as well as engaged him on his path to the CFL.
The school’s choir, under the direction of Keisha Williams-Cummings , opened the Black History Month celebration with a powerful and moving rendition of the song Stand.
Greaves Adventist Academy was established almost 40 years ago as a private Christian  school and has earned accolades for its family-centered learning environment, also for its efforts in developing the spiritual, intellectual, physical and social needs of its multi-ethnic student population. 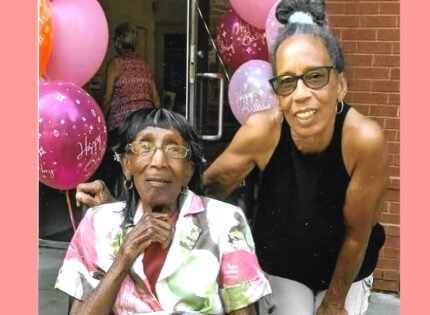