Advertise with Us
Home Church & Gospel A warrior for the church

A warrior for the church 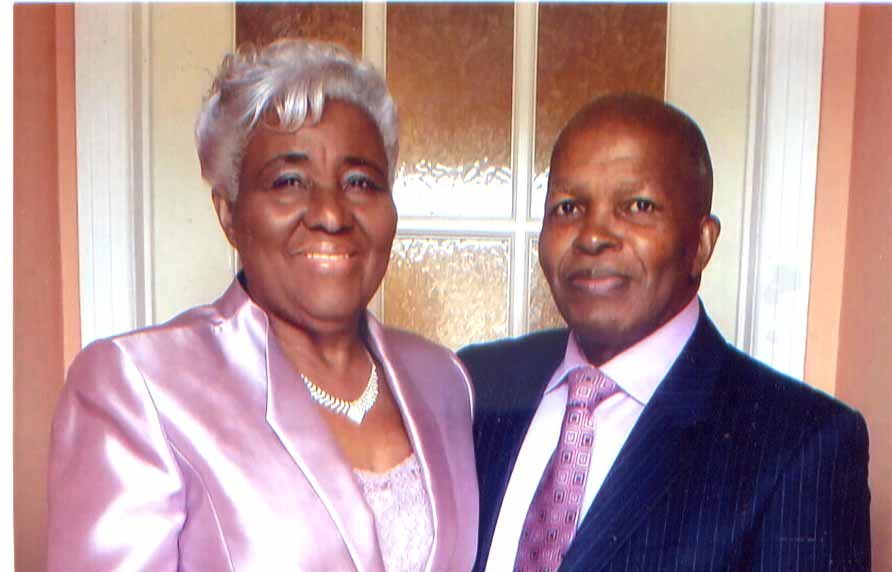 Bishop Donald Lee answered the call 60 years ago: The greatest decision I’ve made in my life

Looking back at that fateful day in Jamaica in 1957, when he answered the call to devote his life to Christ and to the Church of God of Prophecy (COGOP), Bishop Donald Lee is unequivocal about what it meat to him.
“It’s the greatest decision I’ve made in my life,” he says. “I had such a passion in my heart for Christ and for the church that there was nothing else I wanted more than to serve,” he says.
Almost six decades later, Bishop Lee continues to celebrate that decision and his spiritual journey with the church, both of which have been enriched by having his wife Shirley, (who is affectionately called Dottie) at his side for 50 of those years.
Their journey together began on December 24, 1967, when they were married in Ochos Rios where the biggest COGOP in the region of Jamaica was located.
Today, the husband and wife team is part of the foundation of the Montreal West Church Of God Of Prophecy, and their passion and conviction for leading others to the church are just as strong as it was in their teenage years.
It was at Dottie’s parents house in the village of Faith’s Pen in St. Anne’s Parish that the first prayer meeting was held for the congregation, and it was her dad who sold them the land to build the first church in the town. And as fate would have it, it was at the church that Donald and Dottie met and committed themselves to each other.
When Dottie arrived in Montreal in 1972, she was one of the original seven members of the church who started worshipping at the Westmount YMCA before they moved to another location on St. Jacques Street in NDG.
By the time Donald joined her here, he had accumulated many years experience as an evangelist and lay preacher with the church, having spent many years traveling across Jamaica spreading “The Word” and receiving his pastoral license in 1967.
Once here, he became an able assistant to Pastor Aston Cole who was summoned from Jamaica to help build the church in Montreal.
And so it was throughout the years, as the Church of God of Prophecy evolved from a handful of members to being one of the most vibrant congregations today; Bishop Donald Lee and Minister Dottie Lee were on the frontlines as a foundation of support to in-coming pastors and new congregants.
They were on hand when the church bought its first property on Addington Street in NDG and when it made the move to its current location on Sorel Street in TMR.
Over the decades, Bishop Lee has been a stabilizing force serving as interim pastor during periods of change as the church transitioned through its various spiritual leaders from   Pastor Cole to Bishop Clarke to Pastor Greenaway to Pastor Reid, Pastor Kingsley Morrison and Pastor Anderson.
And he made it his duty to be present for each of them.
“They all had their own way of serving, my duty was to assist and support them.”
His dedication and service to the church is not un-noticed.
“He’s our rock,” says Yvette Angela Barclay, another long-serving member of the church. “An awesome man who helps to hold the fort when we are between pastors. He’s always there.”
Last year he was ordained Bishop of the church.
These days the couple, proud parents of five highly accomplished adults, Bishop Lee and Minister Lee continue to do what they can “to lead people to Christ” and keep them committed.
“It takes a little more these days because people have to deal with so many distractions,” says Minister Lee. “You have to be there for them and even remind them of their obligation.”
Bishop Lee, who as a young man faced his share of taunts and even ridicule from friends when he chose to “follow the church” instead of enjoying the youthful pleasure of his time, reminds young people that they’re not missing out “by choosing Christ.”
“As a Christian, you don’t have to live a pleasure-less life, but you have to choose the right kind of pleasure.
So many of my friends told me that I should finish enjoying the world before devoting my life to the church, but I know you can never truly finish with the (so-called) pleasure of the world.”
And he reminds us of the importance of the church in our community: “It offers us a sense of purpose and a sense of belonging.”
On Sunday, July 1, the Montreal Church Of God Of Prophecy will host an Appreciation Dinner in honor of Bishop Donald Lee and Minister Shirley Dottie Lee at Palace Convention Centre, 1717 Blv’d Corbusier, Laval, H7S 2K7. Call 514-484-8271 for more information.