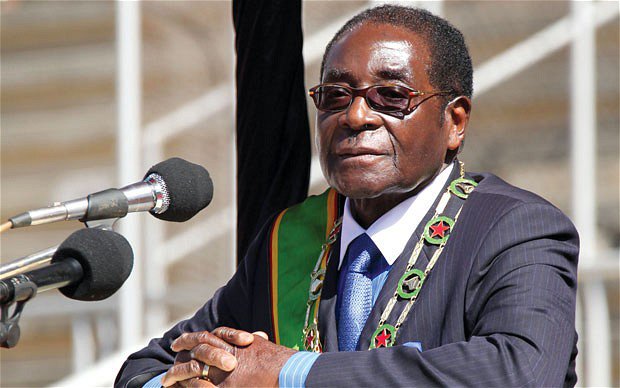 The demonization of Robert Mugabe continues, even as the 93-year-old was ran out of office after 37 years as president of Zimbabwe, a country he helped to liberate in 1980 from the inhuman grip of minority rule and tyranny that kept his people subjugated and suffering for decades.
Today, his people are besides themselves with jubilation after he was forced out of power by a limited military coup, followed by the threat of impeachment by the ruling Zimbabwe African National Union-Patriotic Front, the ruling political party he help to found and a small uprising by frustrated Zimbabweans.
Sadly, it all led to the aged freedom fighter having to look for ways to salvage his dignity and seek protection for his family as he looked for a way out of the impasse that began on November 14, when the military deployed troops on the streets of the capital, Harare, and made a move on Mugabe following what has been a drastic decline in the living standards of the almost 17 million Zimbabweans.
The move garnered widespread public support with many taking to the streets around the country telling Mugabe to “go.”
The people’s frustration with the Mugabe regime hinged on a dwindling economy exacerbated by Mugabe’s decision to undertake a massive land redistribution deal that saw him try to rectify a situation where the country’s white citizens who made up less than 10 per cent of the population owns 80 per cent of the fertile land.
The redistribution, which started around 2000, was his attempt to engage Blacks and encourage them into farming, but it immediately triggered a strong and negative response from outside forces, especially Britain, which in turn impacted the country’s economy.
Throughout that decade the economy went into a free-fall and never recovered, and when coupled with its ongoing internal political squabblings, Zimbabwe teetered on the brink of failure as a state.
In 2002 the country was suspended from the Commonwealth following a disputed presidential election, which saw opposition leader Morgan Tsvangirai beat Mugabe in the highly contested vote.
His demise came as many in his ZANU-Patriot Front became suspicious of his motives when he fired his deputy president Emmerson Mnangagwa, which some say was a move that paved the way for his 53-year-old wife, Grace, to follow him in office. The party was about to impeach him following repeated calls for him to go.
After attempting to hold on to power and his dignity for as long as he could, Mugabe signed a letter of resignation on November 21, once the generals agreed to immunity for him and his family, ending his 37 years in power.
With his departure, Mnangagwa, a former head of the country’s security network and a life-long associate of Mugabe, returned from exile in South Africa and assumed the office of the presidency.
Mnangagwa who is also known as “Crocodile” was sworn into office on Friday November 24th. Mugabe did not attend the inauguration ceremony.