Advertise with Us
Home News Community News David Kalubi: Arrested then he dies

David Kalubi: Arrested then he dies 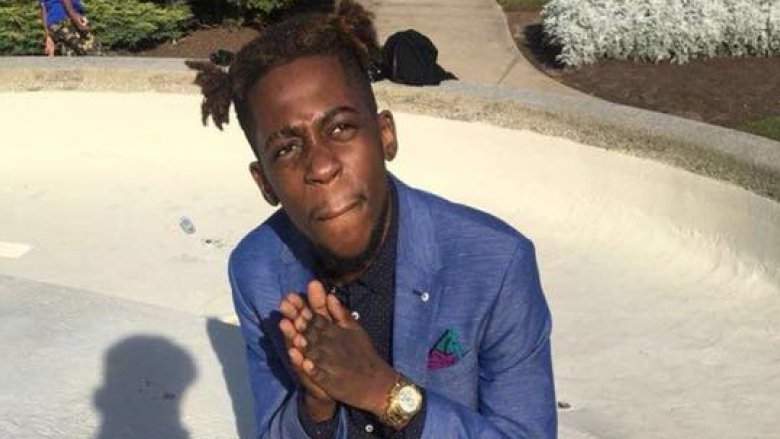 Going on two months since David Kalubi died under suspicious circumstances while in police custody, family and friends are still waiting for official word from investigators.
Dan Philip, head of the Black Coalition of Quebec, doesn’t expect much from Quebec’s Independent Investigations Bureau (BEI) that is looking into the case because of the usual veil of secrecy that surrounds the workings of the unit.
“There is still so much that the family doesn’t know about why their son died, but sadly they may be able to have their questions answered.” he told the CONTACT.
What’s known so far is that on the evening of November 7, the 23-year-old Congolese youth was with a friend in the Hochelaga district when he was accosted by the police who found that he was wanted on an outstanding warrant.
In a statement the BEI said Kalubi was arrested at 10:40 p.m. and transported to a police station where he spent the night. Then at around 7:30 next morning, he was taken to the Montreal municipal court for arraignment and placed in a holding cell with about a dozen other people. About an hour or so later, he was found lying on the floor in a state of distress and taken to the hospital where he was pronounced dead at around 10 AM.
“What we found to be most unfortunate is that it took the police more than seven hours before they informed his mother about his death. And even then they chose to question her about his history, as if trying to come up with something to pin on his character,” says Philip, who has maintained contact with the mother and the family lawyer.
He says he is prepared to go out on a limb and suggest that his initial arrest was due to racial profiling, and his subsequent treatment at the hands of the police might have been based on the fact that he is a Black youth.
He says Kalubi suffered from sickle cell anemia and probably experienced a crisis, which might have been better managed if the police had paid closer attention to his medical condition and was in anyway concerned about his wellbeing.
The BEI report on their investigation is expected in a few weeks.