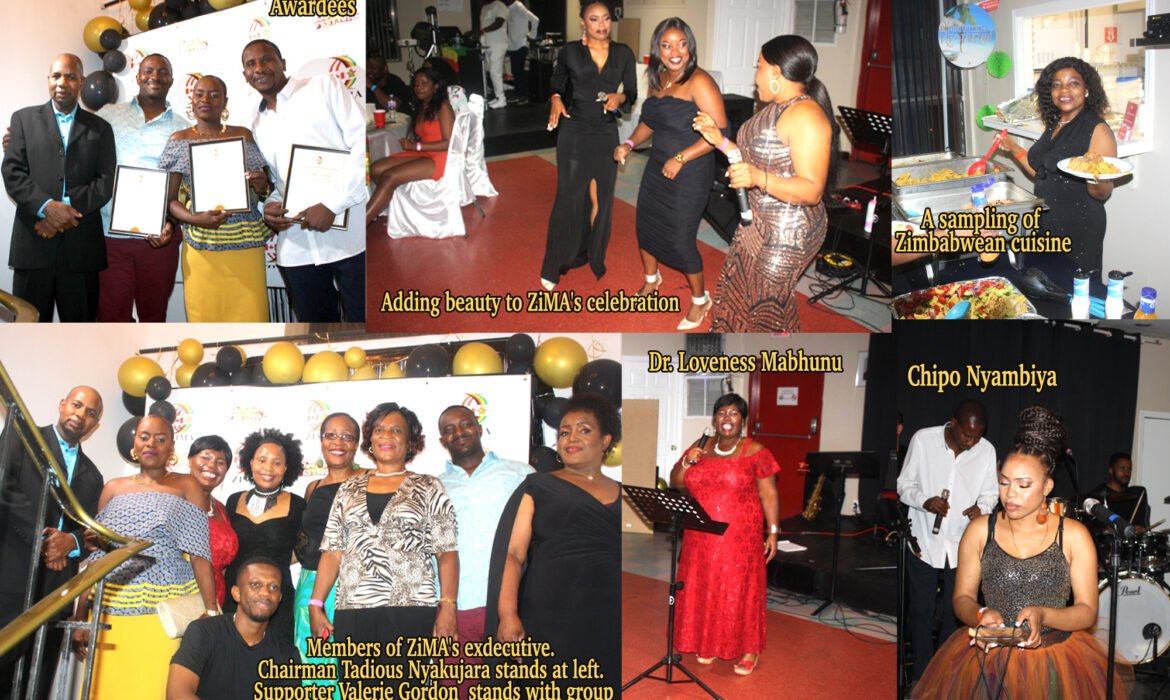 Event’s theme: You are your brother’s keeper

On Saturday August 13, the Zimbabwe Montreal Association (ZiMA) held its first fundraising dinner in the Noel Alexandra Hall at the Jamaican Association. The goal was to become a viable organization and eventually open their own multicultural center.
It was a spectacular night that started off with electric house beats from South Africa and Zimbabwean and a captivating deco at the entrance of the venue that grabbed the attention of the stylish and elegantly attired guests.
The tables were clothed in white linen and on them lay different, colorful delicacies from Zimbabwe these included cow feet, samp, chakalaka and amalusu to mention a few.
And it all set the stage for a powerful keynote speech delivered by noted Zimbabwean scholar in Montreal, Dr. Loveness Mabhunu.

“We are far from home. This is our new home and ZiMA is our new community we need to be united,” she urged guests.

And gave reference to ‘UBUNTUISM,’ which means ‘I am because we are’.
Ubuntu is a Zulu word which means humanness. This is an African social philosophy which recognizes the need for humans to take care of one another.
In her speech, Dr. Mabhunu spoke about how back home communities live like family and she encouraged the community to continue with the spirit of oneness, respecting one another and working together in order to reach new heights.
The rest of the evening unfolded pleasantly as the association handed out several awards to community members who have gone above and beyond in helping the community and.
Among those who were given awards was Makarios Sphandla, a 62-year-old man who has been integral in its foundation and growth in Montreal.
Another member Kuda Evans was awarded for his selflessness in helping those in need in the community. This award was presented to him by Auvril Edwards from Lasalle multi-cultural resource center (LMRC) a partner of ZiMA.
The line-up of entertainers also did not disappoint. They were headlined by a well-known Zimbabwean singer Chipo Nyambiya who gave a phenomenal performance. And DJ Mpumi of Afrojam Festival kept the crowd on their feet all night.
ZiMA was founded on the values of respecting each and working together other and seeks to unite all Zimbabweans in Montreal while helping those in need.
The association was started in 2019, after Tadious Nyakujara (founder and chairman) saw how his countryman mostly newcomers, struggled to integrate into the Canadian community due mostly to the lack of information and some of the basic necessities.
Since then, the association has grown from 25 members in 2019 to 171 in 2022.
And as it grows so is the awareness of the growing needs of the community and this is how the vision for a multi-cultural center came to being.
The hope is that it will cater to the social, cultural and recreational needs of Zimbabweans and the rest of the Black community.

Zimbabwe is a landlocked country in Southern Africa and it has a population of about 15 million people. It is bordered by South Africa to the south, Zambia to the north, Mozambique to the east and Botswana to the west.
There are 16 official languages with Shona, Ndebele and English being the main languages. One of the seven wonders of the world, Victoria Falls is in Zimbabwe.
It was once known as the ‘breadbasket’ of Africa because it has one of the most fertile lands in the African continent, exporting wheat, tobacco and corn to the rest of the continent.
However, after the land redistribution program the farmers who were predominantly white left the country leaving Zimbabwe with only ‘baskets’ and no ‘bread’. This crippled the economy of the country, to this day Zimbabwe is struggling.