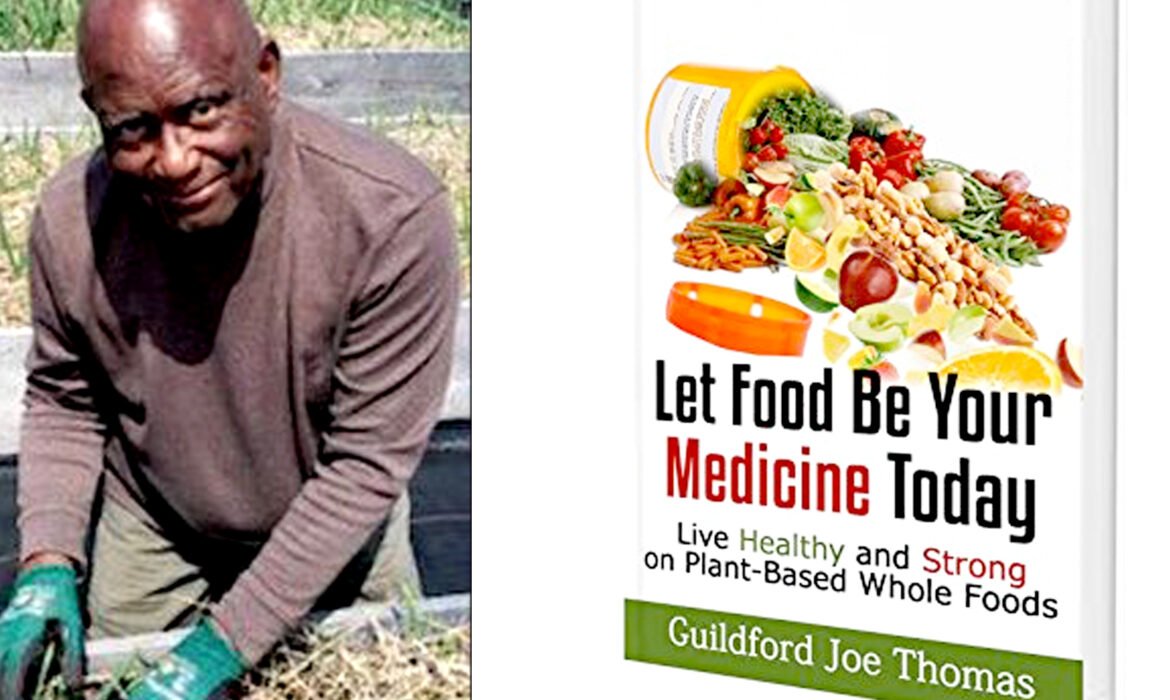 The statistics of Black people leading in chronic diseases worried Joe G Thomas. From diabetes to blood pressure and a host of others, these over representation of Black people was cause for great concern.
And according to Thomas, he didn’t see enough organisations rushing to support Black health problems.
He founded the Black Vegans of Toronto and has been actively living a plant-based lifestyle for over forty-three years. He is the author of the book: Let Food Be Your Medicine Today-Live Healthy and Strong on Plant-Based Whole Foods.
His motivation is to see more Black people living healthier lives by employing simple dietary changes for the better. And at the Montreal Vegan festival on 8 & 9 October at Palais de Congres he will be speaking on Afro veganism.
He reckons his organisation’s bend towards veganism is what gives him a cutting edge
“Most of the vegan organizations throughout North America and many other parts of the world, focus on saving the animals on animal rights. Which is great. But for us as black people, If we have health constraints, we can’t do anything for the animals,” he explains to the CONTACT during a phone interview.

“The main focus for us is health first. And the interesting thing is, is as a result of all focusing on health. The animals are also benefiting because the less of meat and dairy products that we consume the better for the animals too?”

This year, Thomas will be promoting Afro-veganism, a movement that draws connections between the fight against racism and the oppression of animals, while revalorizing ingredients from Afro-Caribbean cultures. “Being vegan doesn’t have to be boring when you think about it as medicine you get inspired by the things you can eat. ” Thomas maintains

“Food can heal, I have spoken to people with many diseases such as fibroids and diabetes, which is one of the easiest to reverse.”
Thomas says eliminating meats is a sure way of feeling better and lighter about oneself. He speaks out of experience and also technical training as he holds a Certificate in Plant Based Nutrition from Cornell University’s T Colin Campbell Center for Nutrition Studies.
He is happy with how veganism is starting to take root among Black people. He is hopeful that as he continues evangelising his message on veganism and a healthy lifestyle will be adopted and if so people will live longer and the statistics can be reversed.
As the host of the Afro veganism panel he will be tackling this topic and sharing important bits of information.
Check out Joe G Thomas on October 9, at 2 PM at Palais des Congress at the Montreal Vegan festival.