WIZKID BRINGS THE HEAT TO MONTREAL 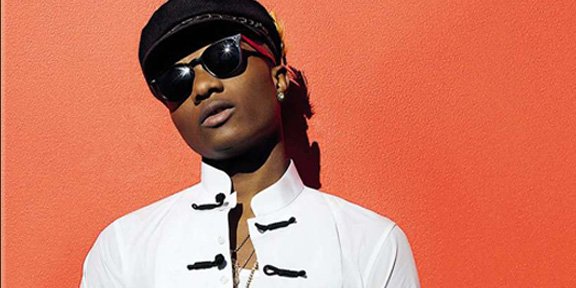 If you  like to get up and dance, then get ready for the powerhouse that is Wizkid.
The Nigerian international star, famously known as the “Starboy,” will be hitting the stage in Montreal at the Olympia on March 31st   Showtime, 7PM.
Wizkid is hailed as the epitome of Afro-international success. He is seen as the poster boy of the new crop of rising artists on the contintent, showing off their uncompromising african rhythms, and by extension introducing the world to the sounds of the “new” Africa.
The Nigerian charmer has been making waves in the entertainment industry for the past five years, but has been making music long before that.
Born Ayodeji Ibrahim Balogun on July 16, 1990, in Lagos, Nigeria, he began singing at the age of 11 in his church’s choir. This fueled his desire to pursue music and despite his parent’s opposition, in 2011 he dropped out of university to pursue music fulltime.
His debut album Superstar, released in 2011, broke industry records and the kid caught the ears of music lovers across Nigeria and other parts of West Africa. And backed by his management he continued to release hit after hit; in no time his songs became anthems all over the continent.
He collaborated with the legendary Nigerian musician Femi Kuti on the song, Jaiye Jaiye.
He later found his own label, “Starboy Entertainment”, and in 2013 became a brand ambassador for Guinness. With his string of hits the world came calling. He has collaborated with Chris Brown, Daddy Yankee and Tinie Tempah.
Wizkid is responsible for 2017’s biggest summer hit, Once Dance alongside mega-star Drake; the song earned him a mention in Guiness Book of World Records in 2018.
His hard work has resulted in him winning two BET awards, a Billboard Music Award and a Grammy award.
These days, wherever Wizkid goes, he commands large crowds. He sold out the 5000-capacity Royal Albert Hall in London, and has his eyes set on Canada later this month. He won’t disappoint.
Jamaican star, Yanique Barret, popularly known as Yanique Cury Diva, will be ‘curtain raising’ for Wizkid in Montreal.
A former Jamaican media personality, she signed a record deal in 2017 with Good Good Production and has been drawing big crowds wherever she performs.
Her first single, Lifestyle, has become a club banger all over the Caribbean. The two performers are bound to electrify the audiences. The event is open to all ages and promises a good time.