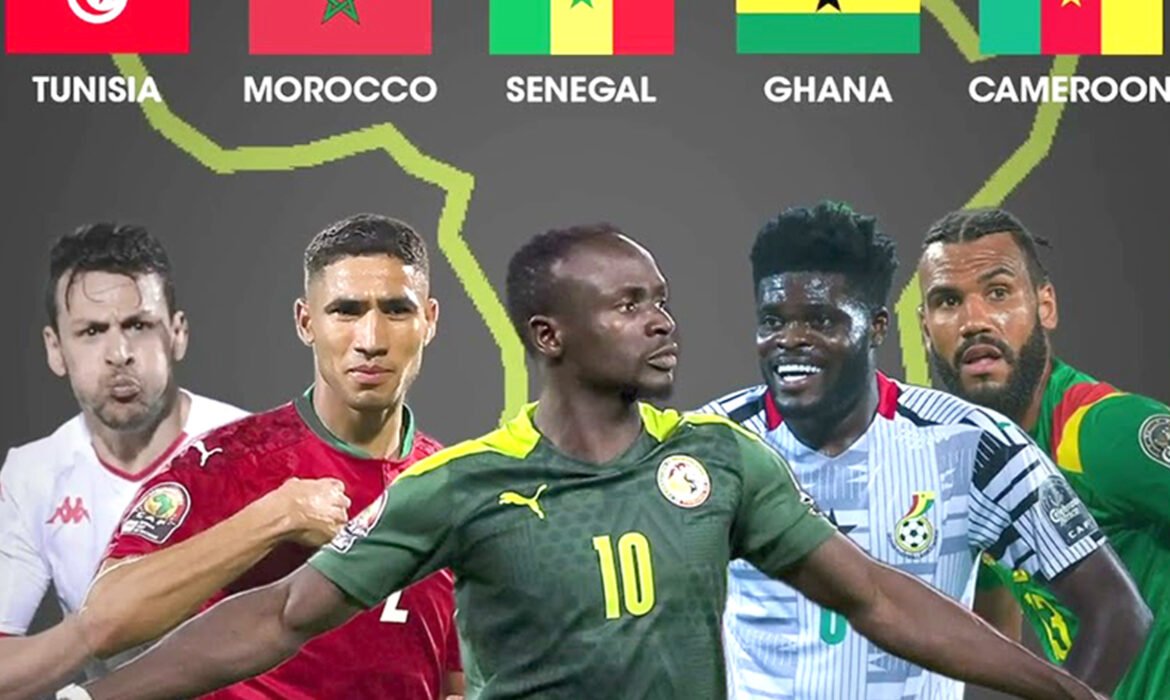 This year Africa will be represented by Ghana, Senegal, Cameroon, Tunisia, and Morocco at the FIFA World Cup Qatar 2022 from November 20 to December 18. This will be the first time where each African team will be coached by coaches from their respective countries.
Senegal’s Aliou Cisse is the famous coach who ushered the lions into their first continental cup this year at the Africa Cup of Nations in Cameroon. While over in Cameroon, former football legend Rigobert Song, will be coaching the team into what he hopes is a huge victory.
Song was a part of the national team, the Indomitable Lions, at the 1994, 1998, 2002, and 2010 world cups and won the 2000 and 2002 Africa Cup of Nations titles. Otto Addo from Ghana will be coaching the Black Stars, he took over from Milovan Rajevac after the African Cup of Nations.
Up north in Morocco, Walid Regradui will be coaching the Atlas Lions. Their pool consists of Belgium, Croatia, and Canada, and Regradui reckons they will emerge victorious. In Tunisia, Jalel Kadri was an emergency appointment following the sacking of Mondher Kebaier after a disappointing Africa Cup of Nations.
Historically, Africa has only ever reached the quarter finals. Cameroon was the first country in 1990 and Senegal in 1998 and Ghana in 2010. At the last world cup all 5 African teams were eliminated in the first round.
There is no doubt that African footballers are making an impact at the highest levels of football. Sadio Mane (Senegal), Mohamed Salah (Egypt), and Karim Benzema are currently the frontrunners for the 2022 Ballon d’Or.
However, it is concerning to note that the continent of Africa with 54 countries only get five slots in the country while Europe, with 55 eligible nations, gets 13, and South America, with only 10 nations, gets either four or five. This reduces Africa’s chances of making a mark during the tournament as many equally good teams are left behind. Like this year, Egypt, Cote d’Ivoire, and Nigeria despite having performed well just weren’t able to make the cut.
This year’s tournament boasts huge African talent across the teams. Reigning African champions Senegal boasts Sadio Mane, Cameroon’s Andre-Frank Zambo Anguissa has been one of the best midfielders in the Italian top-flight, Ghana’s diaspora recruitment drive will see them line up the likes of Inaki Williams and Tariq Lamptey in addition to Ajax’s Mohammed Kudus and Arsenal’s Thomas Partey, and Morocco’s wing-back Achraf Hakimi is one of the best players in the world in his position.
According to 1994 African Footballer of the Year Emmanuel Amuneke, Senegal and Morocco represent the continent’s best chance of success in the Middle East.
Tunisia is at its 6th World Cup, after 1978 (Argentina), 1998 (France), 2002 (South Korea/Japan), 2006 (Germany), 2018 (Russia), 2022 (Qatar). Senegal has three World Cup appearances: 2002 (South Korea/Japan), 2018 (Russia) and 2022 (Qatar).
Cameroon has eight World Cup appearances, the African record. They participated in 1982 (Spain), 1990 (Italy), 1994 (USA), 1998 (France), 2002 (South Korea
Japan), 2010 (South Africa), 2014 (Brazil) and 2022 (Qatar).
Morocco has five appearances in the World Cup 1970 (Mexico) 1986
(Mexico), 1994 (USA), 1998 (France), 2018 (Russia).
Ghana has three World Cup appearances: 2006 (Germany), 2010 (South Africa), 2014 (Brazil).