Advertise with Us
Home Entertainment Welcome to 2019. My Top Ten Stories for 2018 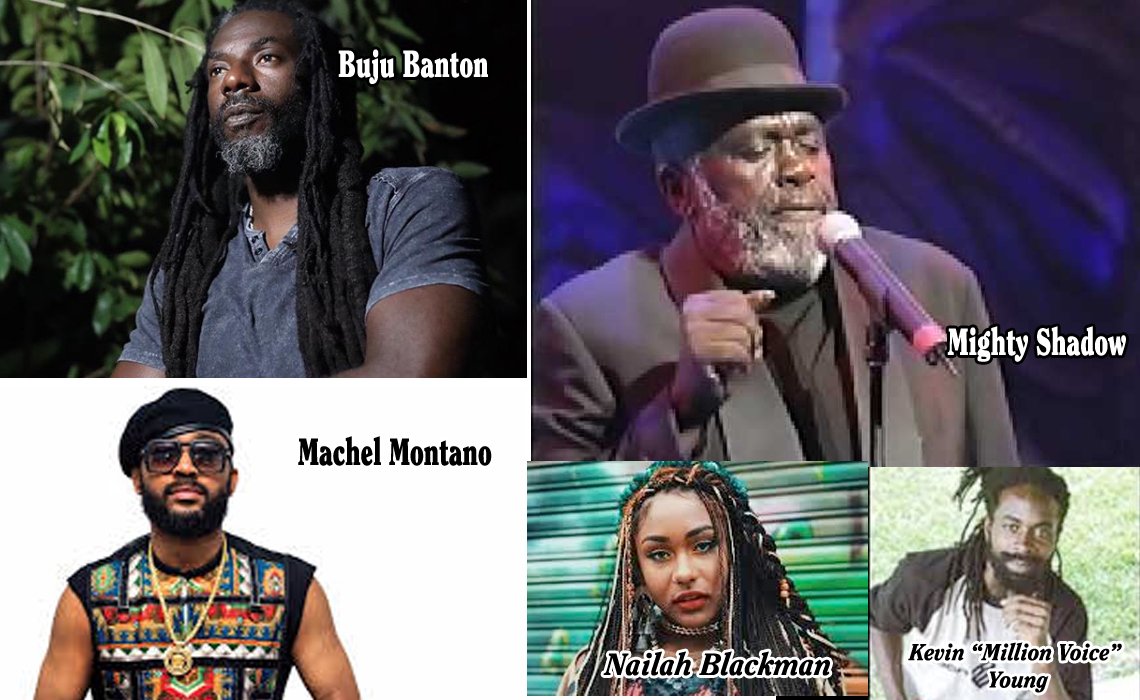 First and foremost I would like to wish all the Community Contact readers a Happy and prosperous New Year.  I believe 2019 is definitely the year of hope and good things to come, as life can only be understood backwards; but it must be lived forwards.
So lets recap the entertainment highlights of 2018.  What a year it has been.
In the Caribbean entertainment sector, there has been a lot going on. There are a few stories that stood out to me during last year.
So here are my Top 10 stories for 2018.

1. It was a shock to see Soca veteran Neil ‘Iwer’ George entered the 2018 Road March with his Soca hit title “Savannah”. It been years since Iwer George entered the Road March competition but 2018  “Savannah” came second while The “Soca Kingdom” reigned. Machel Montano tapped into the magic of Superblue to take his ninth Road March title with “Soca Kingdom” while handing Blue his tenth. The collaboration took fans by surprise after the duo went toe to toe in 2013 for the Road March title, which Blue won that year with Fantastic Friday.

3. On Victoria Long weekend the I AM SOCA 100% Soca event, First  Canadian tour was a complete success.  Montreal Soca Patrons came out  in their numbers and expressed their intention to attend again in 2019.

4. Congratulation to James Kornecook aka James Bond.  On Saturday July  28, 2018 this well-known Monreal Dj finally sealed the knot and married  his longtime sweetheart and mother of his child, Cheryl Wynne at the  St Paul’s Anglican Church.

5. The Montreal International Reggae Festival posted an official  announcement on their Facebook page on Tuesday June 5th 2018, that the  2018 MIRF is cancelled. The festival has been running for 14 years. So  the scheduled 15th anniversary festival will be put on hold until,  2019. Despite the fact that the reason for the cancellation was not  clear I will agree with many that it was hurtful for the city and we  really hope that they can pull it of this year.

6. Ras Shorty I granddaughter Nailah was nominated: Nailah Blackman  continued her stellar run as one of the Caribbean’s top female acts  when she was nominated for Best New International Act Award for the  BET Awards. She didn’t win but was in the top five acts with the most  votes.

7. In 2018 Trinidad had lost a handful of talented artist through  death. Reggae artiste Kevin “Million Voice” Young died on Friday  October 5, and had been diagnosed with Stage 3 cancer in 2017. On  September 30, 2018 the nation has lost a cultural giant. Virtuoso  pan man, composer and arranger Ken “Professor” Philmore died at the age  of 58 from a car crash. On October 23, 2018 the Legendary Trinidadian  calypsonian Winston ‘Mighty Shadow’ Bailey passed away at the age of  77. Shadow, had been at poor health for some time. On November 1, 2018  the Calypso fraternity  mourn the death of another veteran  calypsonian ‘The Original DeFosto Himself Winston Scarborough.    .

8. Another win for the Caribbean. Ola on X Factor: Olatunji Yearwood  helped to push soca in the mainstream when he appeared on the popular  UK talent show X Factor. But it was Jamaican Singer Dalton Harris that  Wins “The X Factor UK” 2018. During the finals on December 1, Jamaican Dalton  Harris, 24, performed Donna Hathaway’s classic “A Song For You” as the  audience erupted in cheers and applause.

9. January 2019 will mark six months since Vybz Kartel appeal case  wraps up in Jamaica’s Court of Appeal. The three-judge panel in the  Jamaica Court of Appeal has been deliberating the case presented  before them last year by the defense and prosecution.  Vybz Kartel Lawyers waiting as March Deadline For Appeal Verdict approach.

10. December 7, 2018 Buju Banton returned home to Jamaica to a hero’s  welcome. Hundreds of fans converged on the Norman Manley International  Airport as Buju Banton touched down on Jamaican soil for the first  time in a decade, following his release from a US prison. The singer  chose to isolate himself at his home resting while spending some quality time with his family and in studio.  Buju Banton first concert will be in Jamaica on March 16, 2019.