Warren Allmand was a good man 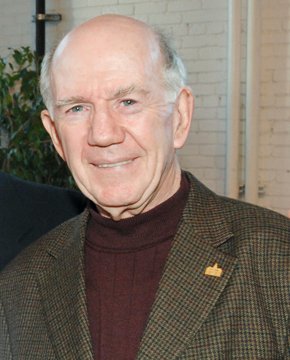 Longtime Liberal MP Warren Allmand died on Wednesday, December 7. He was 84.
For over 30 years, Allmand served at all political levels—federally, provincially and municipally. An indefatigable champion of human rights and other social justice issues he fought for the issues that were close to his heart uncompromisingly.
Allmand’s commitment to social justice was seeded at a young age during the Great Depression; it was a period that helped to nurture his comprehension of humanity and served him in good stead in his adult life, and more specifically throughout his political life.
A lawyer by profession, Allmand entered politics in 1965 when he ran as a candidate for the federal Liberal party in the NDG riding, which he served for nine consecutive terms. But given his social and political convictions, he didn’t always tow the party line.
In the 1970s Allmand served in the Trudeau governments, first as Canada’s Solicitor General. In 1976 he tabled a bill to abolish Canada’s death penalty. He regarded the death penalty as an “immoral and useless” practice that had to end in order to create a “world society in which our descendants can live in peace and justice.” Moreover, as a human rights advocate he felt the [death penalty] law was hypocritical, because Parliament had been commuting death sentences since 1962.
In subsequent years Allmand also held two other portfolios, Indian Affairs and Consumer Affairs. His maverick political and humanitarian bent came to the fore when, in 1995, as a member of Prime Minister Jean Chrétien’s cabinet, he voted against the government’s 1995 budget on grounds that it violated election promises, relating to spending cuts and the goods and services tax. He was removed as a chairman of the Commons justice committee and relegated to the party’s backbenches over a number of disagreements over one of Finance Minister Paul Martin’s budget. He voted against the Constitution Act in 1982 because of concerns over the treatment of Aboriginal Peoples…
After three decades in Ottawa, Allmand resigned from federal politics in 1997 and returned to his hometown to work full-time on various social justice-human rights issues. He became head of the International Centre for Human Rights and Democratic Development.
With some political fight left in him, in 2005 Warren Allmand returned to public life at the municipal level, serving one term as a city councilor in the Gérald Tremblay administration.
As a city councillor, he contributed to the implementation of Montreal’s Charter of Rights and Responsibilities. He also worked with longtime Montreal city councilor Marvin Rotrand.
HE said “[…] Allmand was always a strong voice for fairness… As a city councilor I found a kindred soul.”
“Often, we were the only ones in the council who voted against stuff.”
Former Quebec Liberal MNA Russell Copeman, now borough mayor of Côte-des-Neiges-Notre-Dame-de-Grâce, was a volunteer in MP Allmand’s west-end riding during his years in Ottawa.
He said, “I had great admiration for Warren… for the abolition of the death penalty and the work he’d done with our northern communities…many of us felt privileged to work with him. He didn’t send us out to do things…he did those things with us. He’d set up a sandwich board outside, and sit and talk with his constituents.”
Former Liberal MP Marlene Jennings, who succeeded Allmand in his riding, recalled him as being “[…] a very tough act to follow… He was a great example to me on how to be a Member of Parliament who actually represents his constituents and is present and active in his riding…”
“If people think I was a good MP, it’s because I had a great example to follow.”
Reflecting on his political years, during an interview, Allmand said, “Sometimes you hear people saying, ‘Aw, what’s the use of getting involved in politics? You can’t get anything done. I can say that in my 40 years, a lot got done.”
And he outlined some of them. “I’ve got a long list somewhere… but when I started out there was no Medicare, no Canada Pension Plan. To get a divorce, you had to get a bill passed in the Senate, hanging was still on the books, and you couldn’t buy contraceptives over the counter. Gays faced criminal charges for consensual acts. I could go on and on. Sure, there’s been backsliding now and then, but on the whole we’re pretty far ahead.”
As a city councilor, Warren Allmand was also involved in many cultural community initiatives.
Such was Warren Allmand’s contribution to Canada.
His death is the culmination of a political era, where he stood shoulder to shoulder with other luminaries in the world of Canadian politics. And he always stood on principle, never wavering on the varied causes of social import that he steadfastly championed throughout a stellar political career.