Advertise with Us
Home Entertainment The Soul Of Christmas Music

The Soul Of Christmas Music 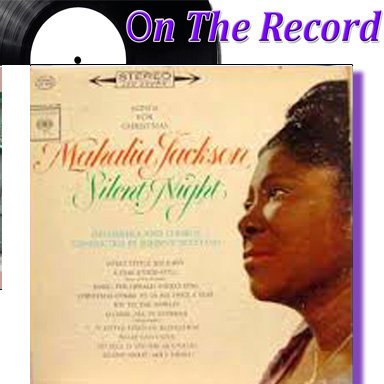 I grew up in a house full of Christmas music.
When I wasn’t religiously watching the usual children televisions specials like “A Charlie Brown Christmas” or “Frosty The Snowman”, I was busy listening to Mahalia Jackson while compiling my list of Christmas wants, e.g.: Six Million Dollar Man action figure, Muppet Show drum set, Superman pyjamas, and of course the latest albums by Curtis Mayfield, The Commodores and James Brown.
Oh, there were the standard Christmas hits played as well, like “White Christmas” by Bing Crosby, “Rudolph The Red-Nosed Reindeer” by Gene Autry and “Have Yourself A Merry Little Christmas” by Judy Garland. But by far, mine was a soul music home, as were most of the homes of Black families back then.
Keep in mind, to a 5 year-old, Mahalia belting out “Silent Night, Holy Night” in that dramatic baritone of hers, was at times just downright scary. My mother preferred her version of “Silver Bells”, where her soprano was much more soothing to my young self.
My father would play the blues of Charles Brown’s “Merry Christmas Baby” and Lightning Hopkins’ “Santa Baby” or the rock ‘n’ roll of Chuck Berry’s “Run Rudolph Run.” But Mahalia was his favourite.
Having been born in the Baptist/Protestant culture, Mahalia had to reign in our household, even if my parents weren’t really religious at all. It was just a “Black Thang.”
Now today as a Muslim follower of The Honourable Elijah Muhammad, a faith I reverted to in 1991, I only indulge in the Christmas festivities to be close to my loved ones and friends who still hold those (Christian) beliefs.
But the mark of a true Muslim is one who respects all beliefs and faiths, and rejoices in seeing others rejoice. More importantly, a Muslim appreciates “family”, which is most epitomized during this time of year.
It is for this reason that I have collected Black Christmas music ever since and still do to document an historical part of our culture, and more than anything to enjoy the musical genius of a legacy that must never die.
I have compiled a list for your yuletide enjoyment, which you can YouTube, as well as enjoy on my “Home Run” music segment on CBC Radio One 88.5 FM on Friday, Dec. 23.
Merry Christmas to all My Christian Brethren. Have a Happy New Year and May God Bless you all.
1)”Silver Bells” – Mahalia Jackson
2)”White Christmas” –Otis Redding
3)”Another Lonely Christmas” – Prince And The Revolution
4)”Do You Hear What I Hear”– Whitney Houston
5)”12 Days Of Christmas” – Harry Belafonte
6)”The Christmas Song” – Nat King Cole
7)”Someday At Christmas” – Stevie Wonder
8)”Soulful Christmas” – James Brown
9)”Santa Claus Is Coming To Town” – Ray Charles
10)”Let It Snow” – Boyz II Men
11)”Run Rudolph Run” – Chuck Berry
12)”Zat You Santa Claus” – Louis Armstrong
13)”Jingle Bells” – Lena Horne
14)”Joy To The World” – Mariah Carey
15)”Louisiana Christmas” – Aaron Neville
16)”A Little Bit Of Snow” – Jeffrey Osborne
17)”O Holy Night” – Tracy Chapman
18)”Christmas In Hollis” – Run-DMC
19)”I Saw Mommy Kissing Santa Claus” – The Jackson 5
20)”Merry Christmas Baby” – Charles Brown
21)”Santa Baby” – Lightning Hopkins
22)”Soul Holidays” – Sounds Of Blackness
23)”Black Christmas” – Emotions
24)”This Christmas” – SWV
25)”Wonderful Christmas Time” – The McCauley Boys