Umoja celebrates the glory days of our community 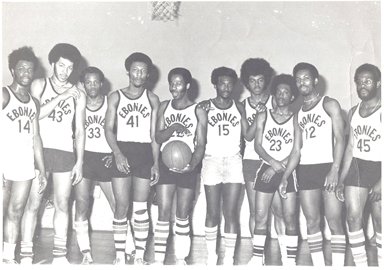 There was a time when being Black meant something special to young people growing up in our community.
“It was a time when the community was a community,” says Phillip Alleyne, who recently retired as a social worker at Batshaw Youth and Family Services. “Not only were we a larger group, but we were more cohesive and therefore better able to do a lot more for ourselves.”
He is part of a group that include other community notables such as Ce Ce Walker, Molly Young-Alexander and Chris Jones, trying to rekindle the passion of those good old days with a gala reunion on Canada Day weekend themed Montreal Umoja.
The event is expected to bring back home some of the many Blacks, over the decades, have been part of the exodus

to the U.S., Toronto, Ottawa and beyond in search of employment opportunities denied to them in Quebec.
Alleyne says before that exodus in the late 1960s throughout the 70s until the late 1980s, Black youth were empowered by ongoing community development initiatives and a full complement of life-enriching sports and cultural activities.
And the community was propelled by an amazing dynamic of cooperation and competition among groups of Blacks who banded under banners of Notre Dame de Grace, Cote Des Neiges, NCC/Downtown, LaSalle and Outremont.
And legion of youths rallied behind names such as Ebonies, Braves, Warriors, Africanners and Trotter.
He remembers the spirit of friendly competitiveness that enveloped the community every year when summer camps such as Malcolm X, Patrice Lamumba and Marcus Garvey would be going up against each other in friendly competitions, and the various neighborhood associations trying to outdo each other at the annual track and field games and basketball tournaments.
One of the highlights of the day was the Martin Luther King Basketball Tournament, which grew into the largest of its kind in North America, attracting teams from across Canada and the United States.
Ce Ce Walker who, like his buddy Alleyne, was a member of the Cote des Neiges Black Community Association, and represented the group in track and field as a speedy 100-Metre sprinter, and in basketball with the Ebonies.
Today, Walker is an educator at Batshaw Child and Family Services, as well as an accomplished singer, and is still very much a part of the community. He credits his lifelong involvement to the lessons learned and the bonds that were established back in the day.
“Although we lived in different parts of the city we were a tight-knit community that enjoyed getting together for sports, arts and crafts, cultural and educational activities.”
The group points to highlight activities such as the Long Sault Picnic, which took thousands in about 30 buses and 300 cars for a community-day outing at a lake in Ontario.
Events such as the Creative Black Arts Awards, Afro Festival and Day In the Park also brought together thousands in the community to annual summer events.
According to Young-Alexander, who belonged to the Negro Community Centre and the NDG Black Community Association, the vibrancy of the community in those days was reflected in the participation of the youth.
She says today, the Umoja celebration can also help bridge the gap for many among us who have become disconnected from the community.
“Knowing our history is important,” she says. “I also think it’s important to remember how we as young people back then stepped up to the plate and helped the community to develop.”
As part of the Black Youth Coordinating Committee, Young-Alexander says she benefited from the mentoring and leadership training she and other young people received from stalwarts such as Carl Whittaker, Mr. Wesley Hunte, Vera Jackson, Clarence Bayne, Garvin Jeffers, Ashton Lewis and Brenda Paris. And in turn, Black youth were always on the frontlines organizing and helping others.
Chris Jones, who was a member of the LaSalle Black Community Association and a star on their Africanners basketball squad, wants today’s youth to emulate what was done decades ago and seize the opportunity to get involved and help [re]build the community.
As they gauge the community today, the four are united in saying that although there is a shortage of individuals with mettle for leadership, the foundation erected decades ago is still in place and can be built upon….
Alleyne and the rest of the Jeunesse Caraibe team are inviting Montreal to join in celebrating Umoja Gala Reunion (All White Affair) at Hampton Inn, 1900 Trans Canada, Dorval  on Friday July 1, 2016 with DJ Don Smooth. Info. Phillip 514 685 7294 CeCe Walker 514 766 4277  and in T.O Kirk Mark 416 562 1426