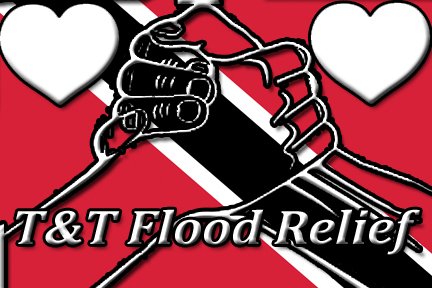 Trinis will benefit from Central Boys Dinner and Dance

“On Saturday November, 3, Central Boys International will be hosting a Dinner and Dance at the Town of Mount Royal Hall. Part of the proceeds will go to the relief efforts in Trinidad and Tobago. Call: Rick John 514-746-3103/rjbiggz@gmail.com Denise Tittle 514-991-6381/tittledenise@gmail.com Steeve Blackette 514-827-1700 /Blackette@gmail.com Together we aspire together we achieve!!”

West-Can Folk Performing Co. are calling on Montrealers to lend a hand towards the flood relief efforts in Trinidad & Tobago.

The fundraiser takes place on Friday November 9, 8PM and it promises to be an action packed evening featuring performances by, West-Can, Caribbean Voices, Hands of Steel, Laura Ramjit and long line up of other local performers. Cash donations accepted at the door. All proceeds go towards to the flood relief efforts.

These two events are part of efforts by Trinidadians in Montreal who are rallying to help their home country following the widespread flooding that have inundated much of the island and left ten of thousands stranded and homeless.

The relief effort is being headed by several in the entertainment industry including DJs Production Sounds, Biggz as well as members of Central Boys and Chaguanas Senior Comprehensive, Challengers Soccer Team and Soca Survivors.

They have placed barrels in strategic locations across Montreal, to collect supplies to send to assist flood victims at home.

The are specifying that no monetary donations should be dropped off at those locations. The collection Deadline is November 4.

After three days of non-stop rain that started on October 17, a significant chunk of Trinidad was inundated with water, particularly the central region and in areas of the eastern parts of the country.

At the height of the flood, the southeastern village of Mayaro and others parts of south T&T were cut off from the rest of the island. Food, water and other basic supplies are in demand.

The government has since declared much of the island a disaster area.