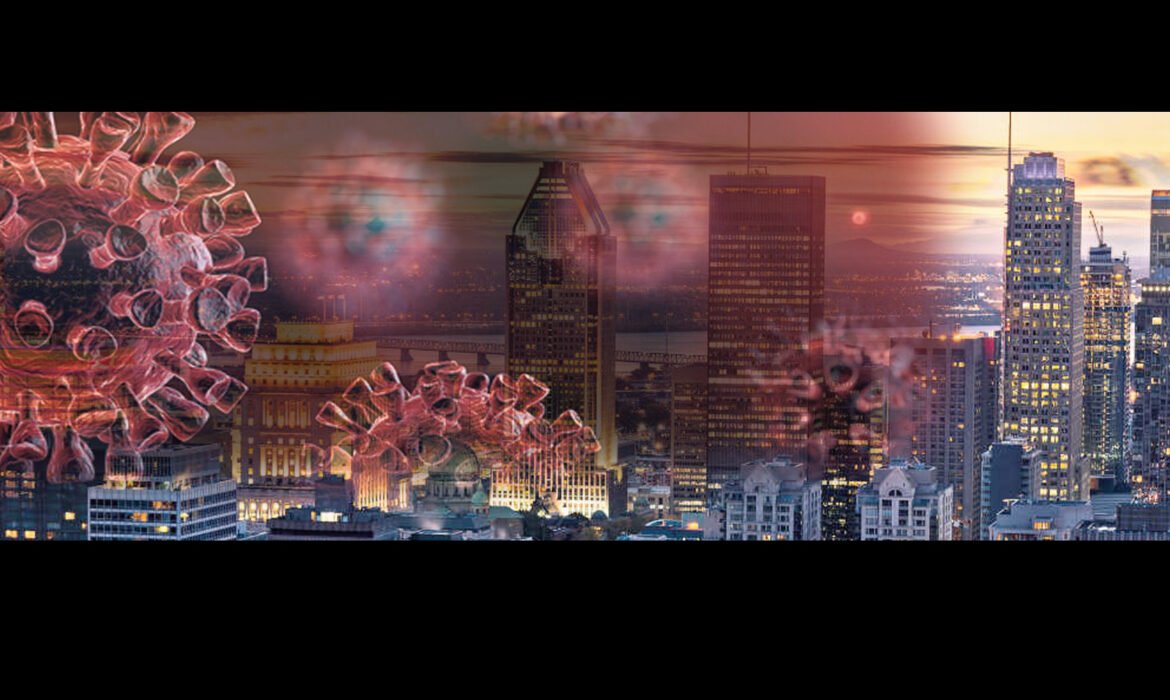 At this point it’s difficult to determine who is foolhardier when it comes to dealing with Covid-19, those in our community who refuse to be vaccinated or the Quebec government and its herky-jerky responses the crisis.
For now the anti-vaxxers still top the list for their misguided, ill-informed and in some instances just plain stupid take on the efficacy and safety of vaccinations and their choice to continue to provide fodder for the voracious and unrelenting coronavirus.
That’s because of the continuing danger that they pose to ours, a marginalized community compromised in areas of housing, access to health care and over-represented and vulnerable on the front-lines in the fight against the disease.
If the situation was not so dire, with the explosion of daily cases and the frightening number of individuals being hospitalized and felled by the virus across Canada, the US and around the world, one could feel a sense of pity to those who claim to be against vaccination, because they too are victims.
For decades, Blacks and other minority communities in North America and Europe have been targets of bad-minded anti-vaccination activists, mostly white, whose sole purpose is to sow seeds of distrust and increase risk of infection among vulnerable groups.
With the outbreak of the Covid-19 crisis and fueled by the immediacy offered by the internet these activist too have been unrelenting in their targeting of minorities.
Children’s Health Defense, a group widely identified as a leading anti-vaxxer organization founded by Robert F. Kennedy Jr., (nephew of President John F. Kennedy) recently released a film called ‘Medical Racism’ that targeted Black Americans with what experts believed to plethora of misleading information about the dangers of vaccines.
But even in the face of the most compelling evidence exposing the fallacies of the anti-vaxxers or the efficacies of the available vaccines, many in our community will not be swayed in their decision not to take it.
Among them are those driven by religious fervor, others by a deeply ingrained level of silliness… in both instances, probably only Jah-Jah can help.
But there’s no denying the facts that groups such as Blacks, indigenous people and some other minorities still are more likely to be hospitalized or to die from the virus but remain among the most hesitant to be vaccinated.
And that brings us straight to the Quebec government and its effort in leading the charge against the virus, as it has been doing to questionable results over the past 23 months or so.
After failing spectacularly during the first wave of the outbreak and almost watching helplessly as the virus rampaged through CHSLDs killing seniors at will and over running hospitals, the Francois Legault government attempted to take charge by the time the second wave came around.
However, throughout the second, third and now the fourth wave Quebec remained one of the most stricken jurisdictions in North America, distinguished mostly by its colorful attempts to stem the tide of cases, not the least of which has been its decision to two different curfews, both questionable in terms of results and effectiveness.
Now as the Omicron variant continues to rage, the Legault government is still trying to figure out what to do.
And as evidence that it is totally out of ideas , the same day it announced the questionable resignation of Public Health director, Dr. Horatio Arruda the premier has been floating the ridiculous idea of imposing a tax on the unvaccinated.
The eyes of all of Canada is now on Quebec to see if it comes true.
And now the latest policies put forward by the government signal their continued confusion in responding to the crisis.
So although the number cases are still at dramatic highs, Quebec elementary and high schools will reopen for in-person learning on Monday, Jan. 17.
Also as of Monday, Jan. 24, Quebecers will have to show vaccine passports in large stores (more than 1,500 square metres) such as Costco, Walmart and Canadian Tire.
Small stores and common areas of malls grocery stores or pharmacies are exempted.