Tribute to the Legends of Reggae 2020 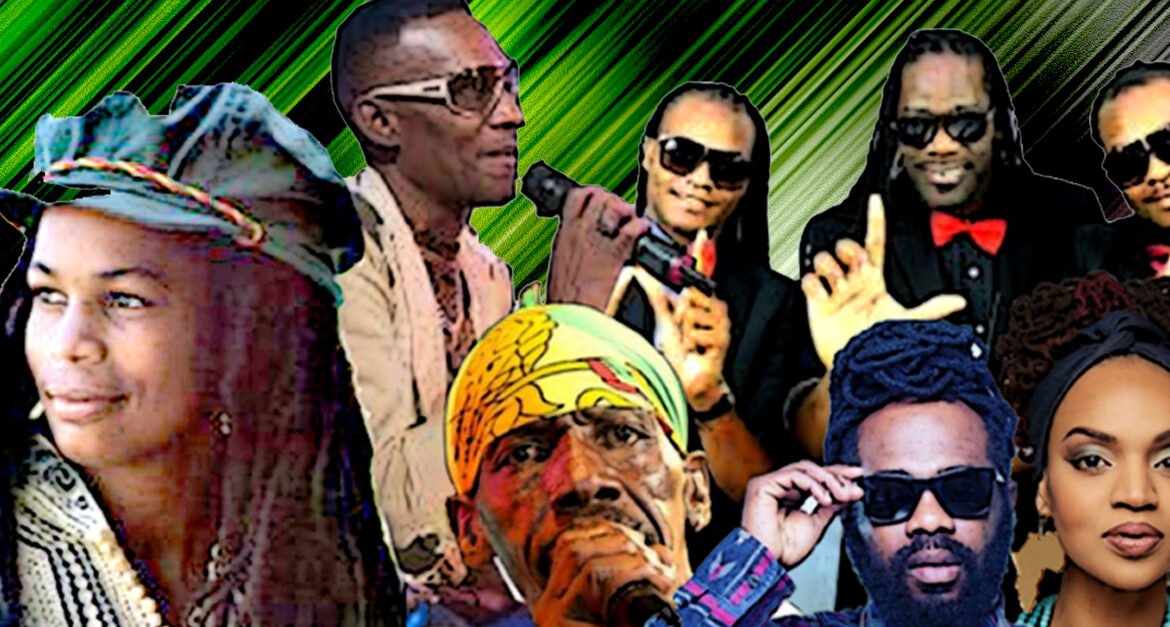 Three icons of cultural reggae, Judy Mowatt, Professor Nuts, General Trees will join forces with two of Canada’s award-winning performers Exco Levi and Kaisha Lee for the annual Tribute to the Legends of Reggae show that takes place on Sunday February 9 at the Belmont Lounge on St. Laurent Blv. in downtown Montreal.
The event, described as a musical “rockumentary” that salutes the lives and music of reggae legends, has become an annual showcase of some of the biggest names on the global circuit today.
This year Mowatt, who has been performing for the past 55 years, brings a powerful presence to the show. Over those five and a half decades, she has been in the limelight either as a solo act or part of the legendary “I- Threes” with Rita Marley and Marcia Griffiths, back-up singers to the great Bob Marley.
In 1985 her “Working Wonders” album was nominated for a Grammy Award in the reggae category and her “Black Woman” album is considered by many critics to be the greatest reggae album by a female artist.
Today her repertoire is a wonderful mix of her classic hits, as well as some spiritual favourites that reflect her new path in life.
In 1999, Mowatt was made an Officer of the Order of Distinction by the Jamaican government for her “services to music.”
From the mid 1970s to the 1980s, General Trees took speed rapping (a sub-genre, which many say has its roots in the UK) to the next level and became one of the most popular Jamaican dancehall deejays of his era. He first found fame as a DJ working on the Black Scorpio system and continues to entertain audiences with his style and his music.
As his name suggests, Professor Nuts is a favourite in Jamaica and beyond for his creative combination of comedy, social commentary and music. He has been on the scene since 1985.
Alongside the legends, Toronto-based Exco Levi brings one of Reggae’s most compelling voices with hits that deliver “uplifting messages wrapped in engaging melodic compositions.”
Over the years he has collaborated with some of reggae’s biggest names including Busy Signal, Chronixx, Kabaka Pyramid and is one of Canada’s most awarded artistes as a five-time Juno Award winner, a Brampton Arts Walk of Fame Inductee in 2016 and earning the Harry Jerome Trailblazer of the Year award in 2019.
He has toured extensively across Europe as well as Zimbabwe and Malawi and represented Canada performing at California’s Reggae on the River, Sierra Nevada World Music Festival, Spain’s Rototom, Jamaica’s Sting and Rebel Salute. He was also a feature performer at Canada’s major reggae festivals including JAMBANA One World Festival.
With both her Jamaican parents’ strong music lovers and record collectors, Kaisha Lee was born with as an integral part of her being. Immersed in music for much of her life, she emerged as a talented and gifted pianist and singer.
She was a mezzo soprano soloist for The Nathaniel Dett Chorale and performed at the first inauguration of former U.S. President Barack Obama. She launched her solo career in 2009 and released her first album, “I Heart Reggae” a few years later. Her music is said to be heavily influenced by jazz, soul, gospel sounds, and melodies from her Jamaican roots and dancehall.
Tribute to the Legends of Reggae 2020 is a production of Jones & Jones Ltd. and Kuumba Cultural Association. For ticket information call: 1-905 452 1911 or 514 781 2079.