Advertise with Us
Home Special Features The Vault and ACAM: music and Art for the People

The Vault and ACAM: music and Art for the People 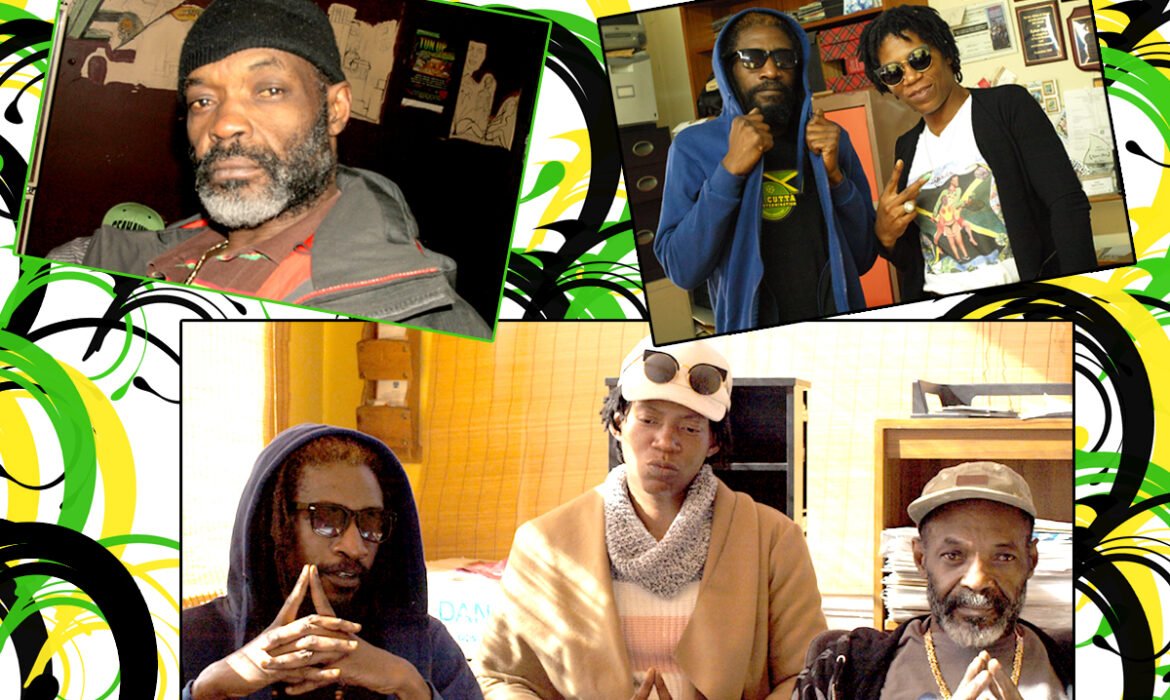 On the western edge of Montreal in the little town of Ville St. Pierre at 184 St. Jacques Street is where you’ll find Rasbagle, a highly skilled engineer, music producer and community worker building a vault meant not only to keep precious things, but to produce musical gems.
“There’s a lot of talent in Montreal,” he told the CONTACT. “But they have to know that they can’t do it by themselves… so what I’m trying to do is to make the Vault a place where you can bring your talent and we’ll help to get you to the top.”
One year into the project, which he started in the basement of a nearby apartment building, Rasbagle (who was born Sean Clarke) remains confident that the recording studio he built almost single-handedly will soon produce top-selling artistes.
“We already have the talent, so it’s just a matter of bringing it all together,” he says, dripping with confidence as he usually is. “And I know that I’m the man to make it happen…. It’s just a matter of time.”
He identifies local reggae stars such as Juno Award winner Mikey Dangerous and internationally acclaimed Juliet Smurfette Nelson, as well as the emerging Dionne, as part of the treasure trove of Montreal talent that can still be mined and shared with the world.
“But I’m also hoping to tap into the many young and up-and-coming artistes who are ready to ‘bruck’ loose… we have the riddum that they need and we have what it takes to get them to the top.”
Make no mistake about it, Rasbagle’s confidence is not without foundation and there’s a reason why he has earned the nickname, the Dub Scientist.
He has more than 20 years of solid experience in the music and sound business, starting back in Jamaica where he was born and nurtured into the business by his uncle at the Sonic Sounds Studio around the Kingston area.
He says he also worked with some of Jamaica’s biggest names on the reggae circuit, including Beres Hammond, Capleton and others.
In Toronto where he was based for a while, he honed his stills at the CBC and at City TV for over seven years. Then he travelled the world touring 21 countries as lead sound engineer with South Africa’s world renowned Umoja Dance Company and the Acclaimed Lion King production.
While in T.O., Rasbagle says he worked extensively with youth in the community, in the downtown and Regent Park area, teaching them sound engineering and the art of music production, and that’s what he has his eyes set on doing here.
“We need all the assistance we can get to make it happen… but it will benefit our community, the city and the province, once we get our youth focused on music.”
Partnering with Rasbagle in his grand musical and community project is a long-serving man about Montreal known simply as Fatta Rex, who is an artist of renown and whose paintings of several Montreal landmarks are highly impressive.
Five years ago, he set up The Afro Canadian Arts and Music organization as a way to reach youth and do his share to help build community.
“Really what it is, is a movement to uplift people and to foster respect for art and for those who bring art to the people,” he told the CONTACT. “It’s something we developed out of nothing.”
He is convinced that he’s on the right track with his partnership with Rasbagle, whose genius in the music and sound engineering business he has seen first-hand.
“If we had two more men like Rasbagle, we’d do big things in Montreal,” he says.
Fatta Rex echoes his partner, saying they need help and support from the community to make it happen.