Advertise with Us
Home News The Africans…. 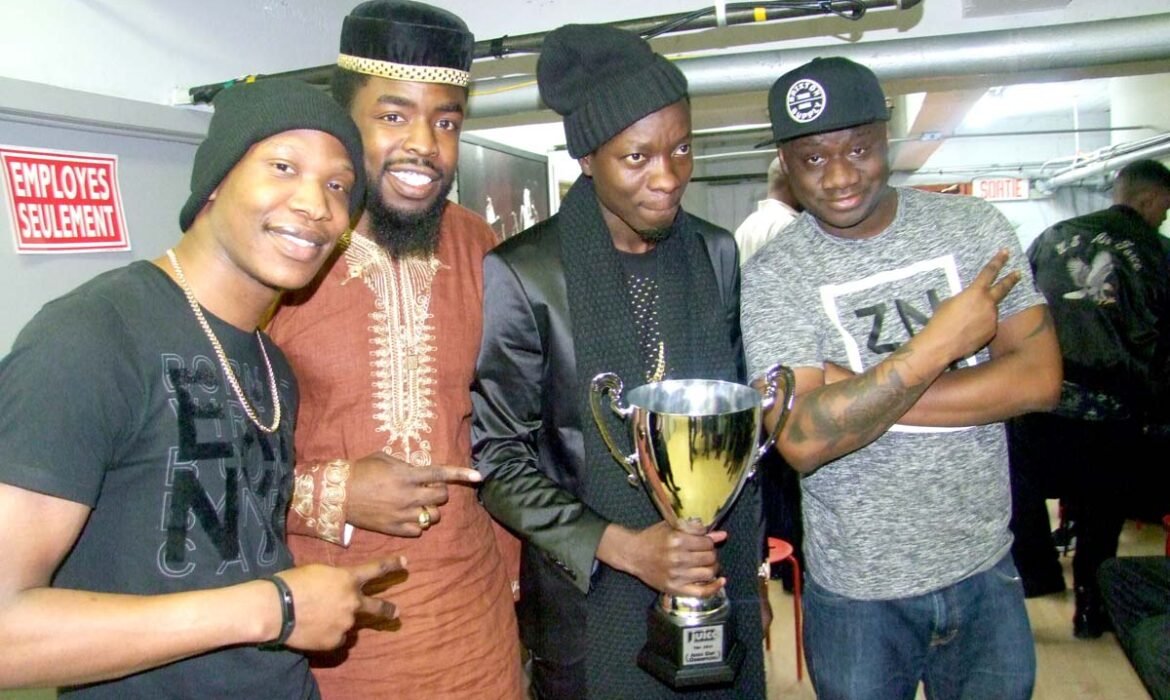 The team from the West Indies was good but

It was a full house at L’Olympia in downtown Montreal for the World Cup of Comedy… Africa vs. West Indies. It went down on Saturday March 7.

It all started with Big Norm who warmed up the crowd with little sex education and his special (Black people’s) rendition of the Star Spangled Banner.

Then it was war….

For a while it looked like Jay Martin and White Yardie had it in the bag for the West Indies much to the delight of the mostly pro Windies crowd. Then Trixx followed Dami aka Aphrican Ape on stage and turned the table on them. He was brutal picking on Jamaicans.

By the time Michael Blackson came, it was all over.

The hope of the West Indies, Majah Hype was good, as usual, but was just a bit subdued.

His friend’s dad, a Barbadian, was such a liar.

Telling the kids on the block that whenever they hear music from the ice cream truck, it means it was out of ice cream… true to form as the ice cream truck rolled through, the lively music filled the air. The dad was soo disappointed because he was gonna buy ice cream for all the kids.

But there was no stopping Michael Blackson: People were so insulting to him… telling him that he is sooo black that he reminded them of “under the bed” (in fact just watching him made them sleepy)… he was soo black that Stevie Wonder saw him all the time… sooo black that he appears whenever they turned off the TV… so black that the only difference between him and midnight was 11:59 PM…

As the young people say: he killed it.

The show was a production of T.O’s Wesley Hype and his Juice Comedy team.