Advertise with Us
Home News Community News T.O Lawyer challenge for leadership of the Conservatives

T.O Lawyer challenge for leadership of the Conservatives 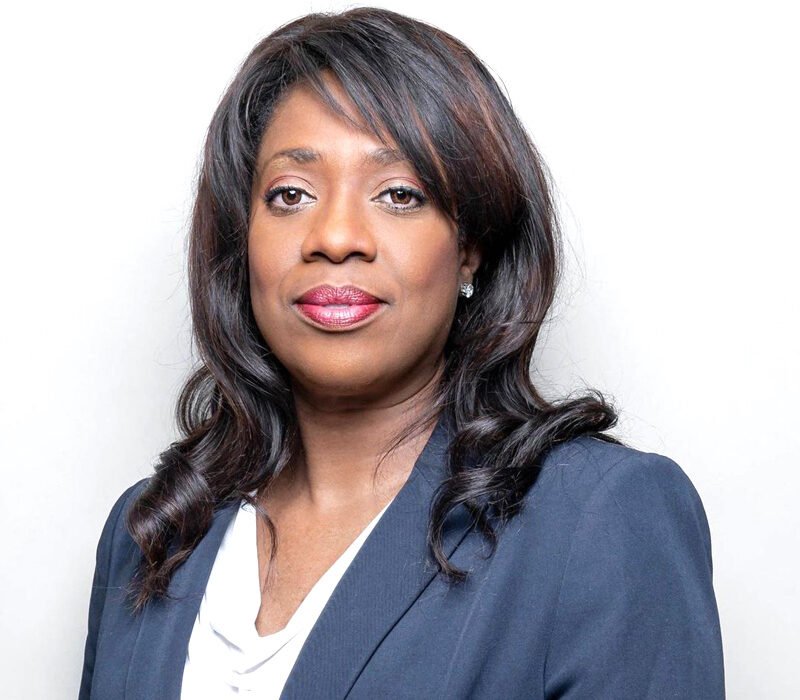 “If I am elected as leader of the Conservative Party of Canada and as your next Prime Minister, I will work day-in and day-out to help all Canadians have the opportunities to pursue their own dreams, just as I did.”
That’s the pledge of Dr. Leslyn Lewis as she throws her proverbial hat in the 2020 Conservative Party of Canada leadership race to replace Andrew Scheer.
Dr. Lewis, a Canadian lawyer who emigrated from Jamaica as a five-year-old with her parents and siblings, is being tagged as a social conservative and is creating a buzz in a contest that is defined by who is not in it rather than those who have chosen to run.
On the way to becoming the first visible minority woman to run for leader of the Conservative Party and potentially for prime minister of Canada Lewis blazed a trail of excellence throughout her educational journey.
She earned an undergraduate degree from the University of Toronto, a Master of Environmental Studies (MES) from York University, a law degree from Osgoode Hall Law School, an MBA (Business and the Environment) from the Schulich School of Business and a Ph.D. from Osgoode Hall Law School, York University.
In 2018, she became a Harvard Law School – Institute of Global Law and Policy global scholar.
And went on to carve out an exemplary career as a lawyer after she was called to the bar in 1999, working at a prestigious law firm before establishing her own, Lewis Law Professional Corporation.
Today, the 49-year-old who touts her understanding of running a business and being a single mother as part of building block, stands as a proud Canadian and preaches from a platform of conservatism in framing her vision of the future of this country.
In launching her leadership bid, she puts forward: “government should not run reckless deficits, interfere with commercial interests that provide jobs to its citizens, or tie politically-motivated values tests to program funding.
“(…) Every year we import millions of barrels of oil from countries with lower environmental standards than we have in Canada. We do this at the expense of our energy workers and with the possible outcome that Alberta will secede from Canada. We do this while ignoring the need to fix the conditions of Indigenous communities, many of which have no access to clean drinking water. Before allocating foreign aid, we need to ensure that the pressing needs within our country are properly addressed.”
Also, some of the standard political offerings: “I believe in a separation of church and state, and individual freedoms including freedom of religion, conscience and expression. I have benefitted from these freedoms, and so should everyone else.”
She started in politics as a fundraiser and vice president in the Markham-Stouffville riding and was shoved onto the frontlines in 2015 in the midst of the election cycle when she was called upon by then PM, Stephen Harper to replace the Conservative candidate in Scarborough-Rouge Park.
She ran a commendable campaign and garnered a significant percentage of the vote.
In June 2019, Lewis assumed the position of vice chair of the Trillium Foundation, which oversees the disbursement of more than a hundred million dollars in grants to Ontarians. She was appointed to the organization’s board of directors by Premier Doug Ford.
In May 2019, she was honored with the Harry Jerome Award for Professional Excellence by the Black Business and Professional Association.
So far, Lewis is one of seven candidates in the race for leadership and to potentially earn an opportunity challenge to Justin Trudeau to become prime minister of Canada.
To get there she had to work hard at garnering cross-country support and climb a steep financial mountain.
The entrance fee is $300,000, making it the costliest leadership race in Canada’s history (with a $25,000 deposit).
She also had to obtain the 3,000 signatures from at least 30 ridings in seven provinces and territories.