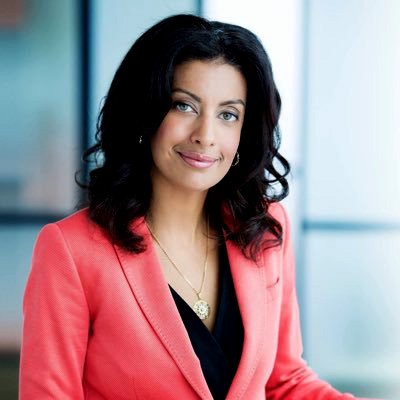 Dominique Anglade is no stranger to leadership.
As a highly-trained engineer who has functioned at the upper echelon in the industry and a well-respected political strategist; hers is a commanding presence in the corporate world, as well as in the political sphere.
As one of the builders of the governing Coaltion Avenir Quebec, of which she served as president between 2012 and 2013, Anglade has become an imposing figure in Quebec politics.
Now she’s well-positioned to take it to another level.
Anglade is one of two people seeking the leadership of the Quebec Liberal Party for a chance to challenge Francois Legault and the party that she played a significant role in building.
She joined the Liberals in direct opposition to the CAQ’s positions on immigration and identity politics.
And was elected to Quebec National Assembly In November 2015 in the Philippe Couillard government, and not long after sworn in as minister of the Economy, Science, and Innovation, and as Minister responsible for Digital Strategy, becoming the first woman of Haitian origin to sit in the national assembly and to hold a ministerial position in Canada. Between 2017 and 2018 she served as deputy premier of Québec.
Her current campaign to lead the Liberals and eventually the province hinge on her grand vision for Quebec, which is currently in the grips of an onslaught of divisive and alienating politics.
“To those who want to strengthen a strong and inclusive Quebec identity, to those who want a Quebec that allows every Quebecer and region to be all they can be, to those who want a Modern and prosperous Quebec that is dedicated to defending the most vulnerable, to those who want to make the fight against climate change a real opportunity for collective development, I promise the Parti libéral du Québec is a place for you of reflection and above all action. “
She has already been called upon to address Quebec’s controversial secularism legislation, Bill 21.
“We’re all in favour of laicity but not the way it was done with Bill 21. So, one thing the Liberal Party, under my leadership, would not go forward with is a notwithstanding clause,” she is quoted as saying.
Born in 1974, Dominique Anglade is the daughter of one of the founders of UQAM, Georges Anglade, a politician, writer and geographer of Haitian origin, and Mireille Neptune, a diplomat, author and professor of French.
Her parents both died in the earthquake that devastated Port-au-Prince on January 12, 2010.
As a student, she walked directly in their footsteps, blazing her own trail of excellence, earning an MBA from HEC Montréal and a Bachelor of Industrial Engineering from the École Polytechnique de Montréal.
She entered the corporate world at the age of 22 with Procter & Gamble, where she was quickly promoted head of an operations department, directing more than a hundred employees.
From 2000 to 2004, she worked at Nortel Networks where she was responsible for strategic supply chain management and overall market forecasting. Afterwards, she became the director of external and government affairs.
This past November, Anglade, who is the MNA of Saint-Henri- Sainte-Anne, launched her bid to seek the leadership of her party, the Liberals.
With a campaign slogan, ‘Building Tomorrow,’ Anglade has her eyes set on the future.
“I refuse to stay on the sidelines with my arms crossed when I see the seeds of division taking root in Quebec, the home that I love. Therefore, I want to take the challenge of becoming your next leader of the Liberal Party,” she said. “Quebecers of all stripes need to join together, and this is why my campaign team is building tomorrow.”
In her determination to seize the helm of her party and the province, she has the support of several high profile MNAs such as former Finance Minister Carlos Leitao, Helene David, David Birnbaum, Kathleen Weil, Christine St-Pierre, and Greg Kelley.
So far, her only rival is Alexandre Cusson, the mayor of Drumondville, who previously served as president of the Quebec Union of Municipalities.
The Quebec Liberal Party leadership elections will take place on the weekend of May 30–31.
If she wins, Anglade would be the first woman and first person of colour elected to lead the party.