Robert GREEN answers the call of the environment 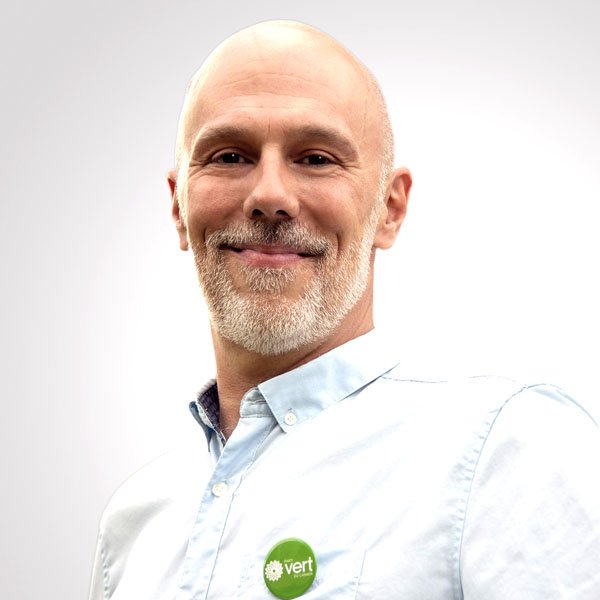 Running for the Green Party in Westmount/NDG

“I have had bad climate anxiety. I know things need to change and we urgently need political leadership that will start acting to protect our civilization”
Robert Green is teacher at Westmount High School and a climate change activist turned politician running for the Westmount-NDG riding in the October 21, general elections. He believes that the Green Party of Canada is the right vehicle to drive Canada away from the impending doom that is coming through climate change.
His, is a personal commitment: “I had been feeling for sometime that I need to do more than teach about the climate emergency, I’ve been told by many people that I have some skills as a communicator and that I should put those skills to work speaking out and raising awareness about the climate situation. Because if we do not take action very quickly we are going to be leaving our children a terrible legacy.”
Green, who moved here from Toronto to attend university, didn’t always have his sights sets on politics, He eyed a future in community development getting his feet wet a part of an NGO that helped build websites in Senegal and helped train the youth on the effects of globalization and climate change.
Coming back to Montreal he wanted to do more and felt that teaching would be a good platform to sensitize young people on a large scale: “I’ve been teaching a course called, ‘The Contemporary World’ and each year the science gets worse,” he says
“As time went by, we learn how changes in the climate could literally spell the collapse of human civilization. The inter governmental panel on climate change estimates that we have a window of 11 years to transition off fossil fuels or we are going to be forcing a series of risks and potential catastrophes that could lead to the collapse our world.”
He is firm in his conviction that the Greens are capable of tackling climate change.
“The Liberals, the NDPs and even the Conservatives do not have a concrete plan when it comes to climate change. The one thing that sets us apart from all the other parties is that we have set targets to reduce our carbon emissions that correspond with those of the International Panel on Climate Change (IPCC). The IPPC has been clear that anything less than these targets is increasing the risks in an unacceptable manner.”
The Green Party proposes to stop all further investments in new infrastructure for the fossil fuel industry.
“The Liberals are continuing to build pipelines, you can’t negotiable with physics and these other parties seem to think you can.”
The Green Party’s manifesto, states that all funding will be completely cut for companies that produce carbon emissions. And use the money to invest in green technology and renewable energy that will create jobs without jeopardizing the future.
Acknowledging that the Liberal Government is already putting measures in place to reduce emissions by implementing a carbon tax, Green maintains that his party will do it better.
“We support a carbon tax as well and actually a more robust carbon tax than what the liberals are proposing. The idea for us is what we are calling a fee in dividend carbon tax. That will put a tax on the source of the output, “ he asserts.
“That is when the oil is coming out of the ground that’s where we hit it with the tax. And all the money raised through the tax isn’t used by the government its revenue neutral, its redistributed to Canadians. So for Canadians choosing to take public transport as opposed to using their cars, they will be paying less in carbon tax than you are getting back in rebate from the government.”
Nevertheless, Green wants Canadians to know that the Green Party is not only about policy to do with environment.
“We are a party of social justice, we want to move Canada in a direction of being more equal in all facets of life,” says Green who holds a bachelor’s degree in religious studies with a minor in anthropology and a graduate diploma in community economic development, both from Concordia University. He also holds a Bachelor of Education from McGill University.
Among the many social issues on the Green Party’s platform is a pledge to eliminate the tuition fees for post-secondary education.
They also hope to invest in social housing that will ensure everyone has a place to live. And they want lower income families to have access to free dental care for.
Also in a bid to reduce poverty the federal government under the Green Party, promises what they call a guaranteed livable income to lift seniors as well as the working poor. 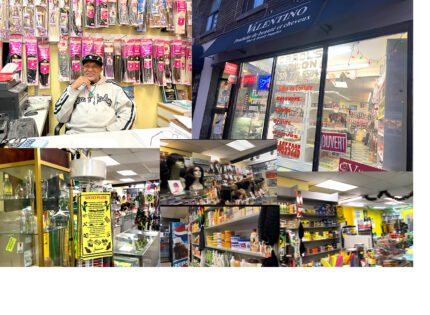