Advertise with Us
Home News Community News Renowned author Winston James discusses the work of an icon on Nov. 19 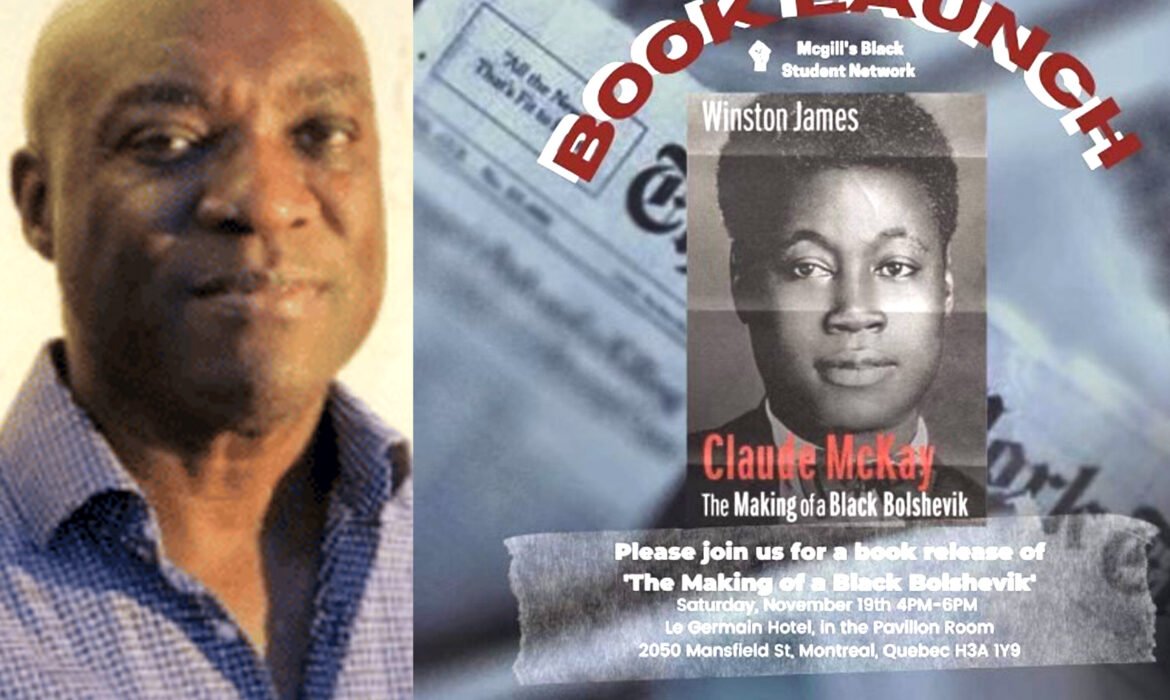 On Saturday, November 19,  Montrealers have an opportunity to hear from Jamaican born author and historian Winston James in a discussion about Claude McKay who is described “as one of the foremost Black writers and intellectuals of his era.”

The event is the launch of James’ book, Claude McKay: The Making of a Black Bolshevik.

McKay, who was also born in Jamaica, in 1889, left to study in USA at the age of 21 at the Tuskegee Institute and almost immediately became disenchanted with the institution, racism, capitalism and other tools and expressions of oppression.   He eventually moved to Harlem where he distinguished himself as a transformative  figure in the Harlem Renaissance.

He also lived in London and Russia and  travelled the world as “a critical observer of the Black condition throughout the African diaspora” and in  his dedication  to exploring both racism and capitalist exploitation in his writings he became a committed Bolshevik.

In 1919, during one of the most turbulent periods of racial oppression in the USA, McKay’s seminal poem “If We Must Die,” became somewhat of a rallying cry as Blacks attempted to respond to the unmitigated violence that was meted out on them by racists.

James, a renowned historian and award-winning author is one of the foremost scholars on McKay. He is also the author of A Fierce Hatred of Injustice: Claude McKay’s Jamaica and His Poetry of Rebellion (2000); The Struggles of John Brown Russwurm: The Life and Writings of a Pan-Africanist Pioneer, 1799–1851 (2010)

He has taught in universities in the United Kingdom and the USA.

Event: Book Launch and Discussion with Winston James, author of

Claude McKay: The Making of a Black Bolshevik