Recession and mas in T&T carnival 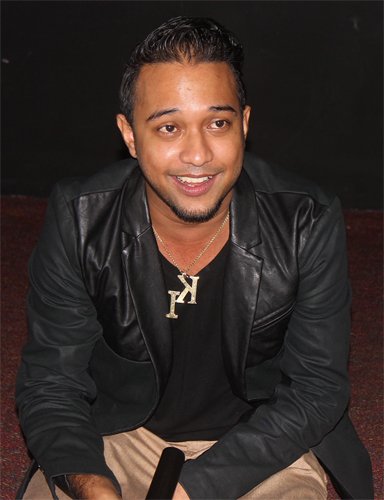 Right now Soca lovers from across the globe have started their departure to Piarco International Airport in time to experience Trinidad and Tobago Carnival finale on February 8, 9.
Yes!
Carnival season is early this year for Trinidad and Tobago, hence the reason fetes and party-goers have already switched into full gear despite the reported recession. Three weeks before Christmas last year, the Central Bank of Trinidad and Tobago has announced that this country is officially now in a recession.
A word that Montrealers and the world at large is familiar with, but the  question now is: how does it affect the Carnival.
As the country thinks about the effect of the recession on carnival and warns everyone about the increase of white-collar crimes, many seasonal activities are impacted.
The International Soca and Chutney Monarch as well as the Kiddies Carnival all suffer major cuts in there budgets. Many big fetes such as QOB Wednesday (Destra’s fete), Fire Fete and more were forced to cancel because of insufficient ticket sales.
Meanwhile looking at a some of the other major competitions this carnival.
On January 24th, KI Persad won the 2016 Chutney Soca Monarch competition taking home the TT$1M prize MONEY . On the flip side the Traditional Chutney Monarch, Rooplal Girdharrie only took home TT150,000 for first place.
Many are outraged and claim its unfair and that The Traditional Chutney Monarch should receive more.

For the first time ever a International Soca DJ Competition was held in Queens Park Savannah on January 30th.  DJ’s from all over the world were given the opportunity to demonstrate their skills with  Soca Music.
Hundreds of mixes were submitted but only twenty finalists were picked to show their skills live and put on a spectacular performance. Only four sounds (Dj crew) were able to emerge on top and they are:
1st Place: Xcaliber International ft. Dawg E. Slaughter (Trinidad & Tobago)
2nd Place: Jr. Mafia Sound ft. Nigel Snipes & DJ Skull (Trinidad & Tobago)
3rd Place: DJ Kirk Brown (Barbados)
4th Place: The Artform ft. Fro Hummer & DJ Element (Trinidad & Tobago)
This is a competition I will be interested in taking part in 2017.
Island Scoop readers are already aware of the changes in the 2016 International Soca Monarch. Being that the Power Soca category and the Groovy Category have been merged into just one competition.
The Soca Monarch competition will now have a total of 17 finalists, to perform on Fantastic Friday (February 5th). As
for the Breakout Artiste category,

This year several soca artistes who produced big tunes for Carnivals over the last few years, seem to have fallen off the map in 2016.
While the young and upcoming artist are on the rise. Look out for “Voice” with his hit song “Cheer Of Life”
biggest song for the season.