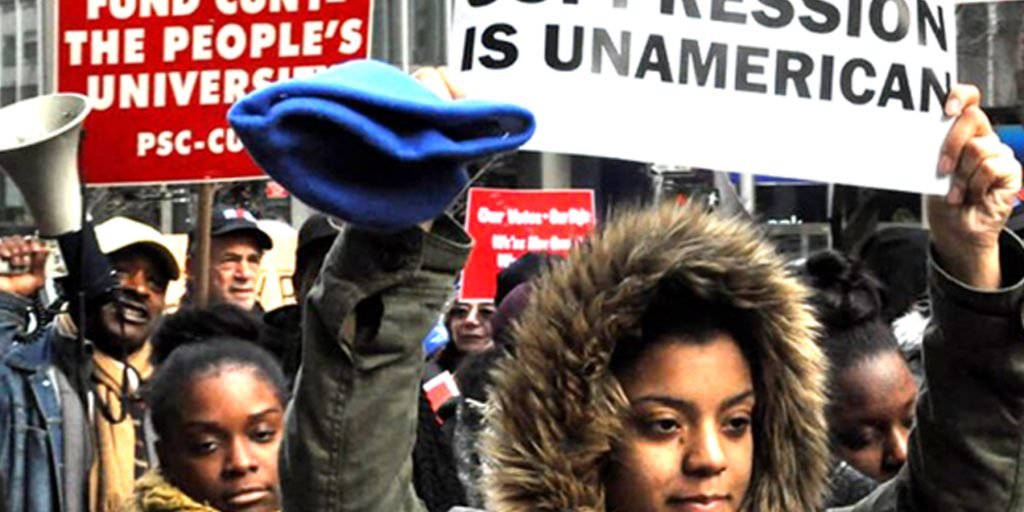 With 30 million eligible voters, the elections might
be in the hands of Blacks

Blacks in the US have had enough of Donald Trump and his shifty, race-baiting presidency.
Since he snuck into the White House riding a wave of white people’s discontent, Trump has managed to uncork decades of bottled-up emotions of racial rancor and strife and ushered in one of the most divisive and hate-filled periods in the country’s recent history.
Blacks know it and feel it. Trump’s unfinished tenure has been a living-hell for many of them.
The world gets a glimpse as it was on May 25, when a police officer Derek Chauvin squeezed the life out of George Floyd, with his knee on his neck one Sunday afternoon on the streets in Minneapolis.
And again, looked in horror at a video showing an unarmed 25-year-old Black man Ahmaud Marquez Arbery pursued by three white men on February 23, in Glynn County, Georgia and shot to death.
In both cases Trump deflected opportunities to show sympathy to the families of the victims even suggesting in the Arbery case that there might have been something unseen in the tape that triggered the murder.
As such, it’s understandable why Black can’t wait to vote his racist behind out of office.
Back in January, 93 percent of them told an Ipsos poll conducted by the Washington Post that they will vote for any Democratic candidate over Trump. But a sizable chunk of them at the time preferred Biden.
Thing is, as November 3, draws closer; it appears to be in the hands of Black to serve that final blow to the dastardly administration of Donald J. Trump.
With 30 million eligible voters Blacks represent the second largest block of minority voters in the US, a nick behind Hispanics with 32 million.
However with significant numbers of eligible voters in several of the key battleground states, a strong turnout by Blacks gives them the power to get rid, once and for all, of the good-for-nothing president.
Of course, a lot hinges on how motivated they are to fight against lingering hindrances to voting.
One of those setbacks appears to be heightened apathy triggered by perceived letdowns by the Barack Obama administration.
Notably, the 2016 elections marked the lowest turnout for Black voters in recent history when only about 59 per cent of Blacks voted.
That rate represents a drop of about eight-percentage point from 2012 when they voted above the national level, overwhelmingly for Obama.
So the hope is this time around, the anti-Trump motivation is strong enough to get at least 66 per cent of them back out and voting like they did eight years ago.
The second challenge Blacks has to confront are recurring attempts to suppress their vote.
Nothing would make Trump happier than to have as few Black voters as possible mailing in their votes or turning out to polling stations on November 3.
Poor thing, he can be a little dotish at times but he’s quite aware of the potential impact of the Black vote.
That’s why he and his cohorts have been doing all in their power to repress it.
In almost every Republican state there are on going attempts to suppress the Black vote.
It’s also the reason why Trump has been so manic in his attempts to cast doubts on mail-in ballots knowing that’s it an option used by a significant number of Black voters.
Added to that a Senate Intelligence Committee report on interference in the 2016 presidential election stated that Black voters were overwhelmingly targeted by Russian trolls.
But if all the evidence of Black political agitation holds true, nothing Trump, his band of renegade Republican governors and election officials or the Russians can do to hold back the wave. Because Black voters really have it in for Trump.
And it’s not only because his corrosive presidency, the nastiness has been wronging Blacks for a long time.
It dates back to the early 1970s, when he did all in his power to prevent Blacks from renting his apartments in New York. (The government was forced to take him to court on those policies.)
And who can forget the role he played in spreading dis-information and hate about the Central Park Five in the late 1980s, when he placed full-page ads in several New York City newspapers, calling for the state to adopt the death penalty for five Black teenagers, who has it turned out, were wrongly accused of raping and killing a jogger, a white woman.
Fast forward to today and look at his lackadaisical, insensitive and callous response to the Covid-19 outbreak.
Of the almost 4 million affected and close to 250,000 deaths, about 30 per cent of them are Black.
And who will ever forget his wrongful categorization of the Black Lives Matter movement, as a hate group, a flippant and irresponsible response a monumental fight against the scourge of white supremacy and a struggle waged by Blacks young and old efforts to dislodge the fundamental gains made in areas of human rights and civil rights.
Over the past three and a half years, Blacks have seen what the Donald Trump presidency represents so they know what’s at stake.
So the lines are drawn, as tens of millions of them ready themselves to answer the call on November 3, at polling stations across the country in a battle that is being waged for not only for their rightful place in the U.S but as been said, for the soul of the country.