Advertise with Us
Home Entertainment Opening eyes on Selma 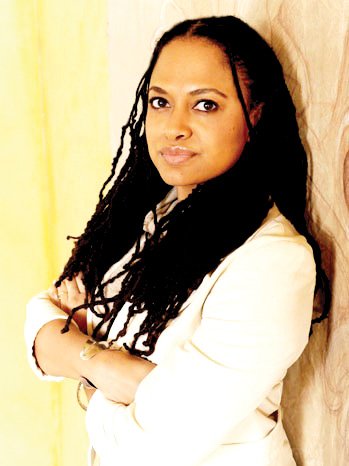 ssion from the list of Academy Award nominees has, in part, led to a tidal wave of anger. But who is the woman who brought the struggles of the Civil Rights movement to the big screen?
DuVernay’s Selma depicts the events leading up to and following the bloody march from Selma to Montgomery, Alabama, a key moment in the struggle for African Americans to be finally granted the rights they deserved. The film stars David Oyelowo as Martin Luther King Jr., and Carmen Ejogo as Coretta Scott King,
Although the 43-year-old was already making strides in the film industry,  her work as director of the critically acclaimed film, widespread recognition and respect as a filmmaker.
DuVernay started out as a publicist, choosing to take her time in the pursuit of her dream – making films. In an interview with online blog Jezebel, she explained that she didn’t panic about the notion of having a day job and whether it was keeping her from fulfilling her dreams.

“I didn’t beat myself up for the fact that I had a day job. I considered how I could strengthen myself through my day job so that one was feeding the other,” she said.
In 2012, she became the first Black woman to win the Best Director award at the Sundance Film Festival for Middle of Nowhere, in which a medical student drops out of school to help look after her husband who is sent to prison for eight years.
That was the last film she directed before getting involved with Selma, and DuVernay wasn’t the first choice to helm the historical drama. Spike Lee and Lee Daniels are two big names that abandoned the project, the latter because he couldn’t see a way to bring the screenplay to life with the budget that was allocated to it.
But $20 million was much more than DuVernay had ever gotten to create a film; directors making many of today’s so-called big-budget films are working with 10 times that amount of money. But her experience making documentaries and other films with relatively small budgets ended up playing to her advantage, as she was able to rework the Selma script to make it work within the multimillion-dollar budget.
Oyelowo, who worked with DuVernay in Middle of Nowhere as well as in Selma, advocated for her to take control of the project.
“If we can’t make it work with her, this film is never going to work. It’s just never going to happen,” he told the New York Times.
DuVernay made the decision to rework the script so the film was more about the town and its role in the historical significance of that event instead of focusing it on then-President Lyndon B. Johnson.
She says the movie’s timing is interesting, considering this year is the 50th anniversary of the march, and also considering the movement that arose out of the shooting of Ferguson, Mo. teen Michael Brown last August.
“The parallels between the two are exciting and strange—there’s something going on there I haven’t felt in my lifetime and it’s thrilling there can be change through strength in numbers,” she told Jezebel.
The film was nominated for Best Picture at both the Golden Globes and the Academy Awards. Rapper Common and R&B artist John Legend won the Golden Globe for Best Original Song for “Glory,” an anthem inspired by the film’s events.
DuVernay wasn’t the only person snubbed by the Academy — Oyelowo was nominated for Best Actor at the Globes, but was passed over for the Oscars as well.
On Twitter, DuVernay referred to the film’s nomination in the Best Picture category at the Academy Awards as a “birthday gift” to Dr. King.
Many are up in arms about the fact she was left off the list for Best Director, but in an interview posted to YouTube before the nominations were made public, she says her years doing publicity have taught her that winning awards isn’t the goal of making films.
“(Awards are) adornment to the main gift of (filmmaking). … You ask most people ‘Who won Best Supporting Actor two years ago?’ Their faces go blank, but at the time it was so important. And now it’s only the film that lives on,” she said.