Advertise with Us
Home News Community News One year into the COVID-19 pandemic: Up and down the numbers go around the world

One year into the COVID-19 pandemic: Up and down the numbers go around the world 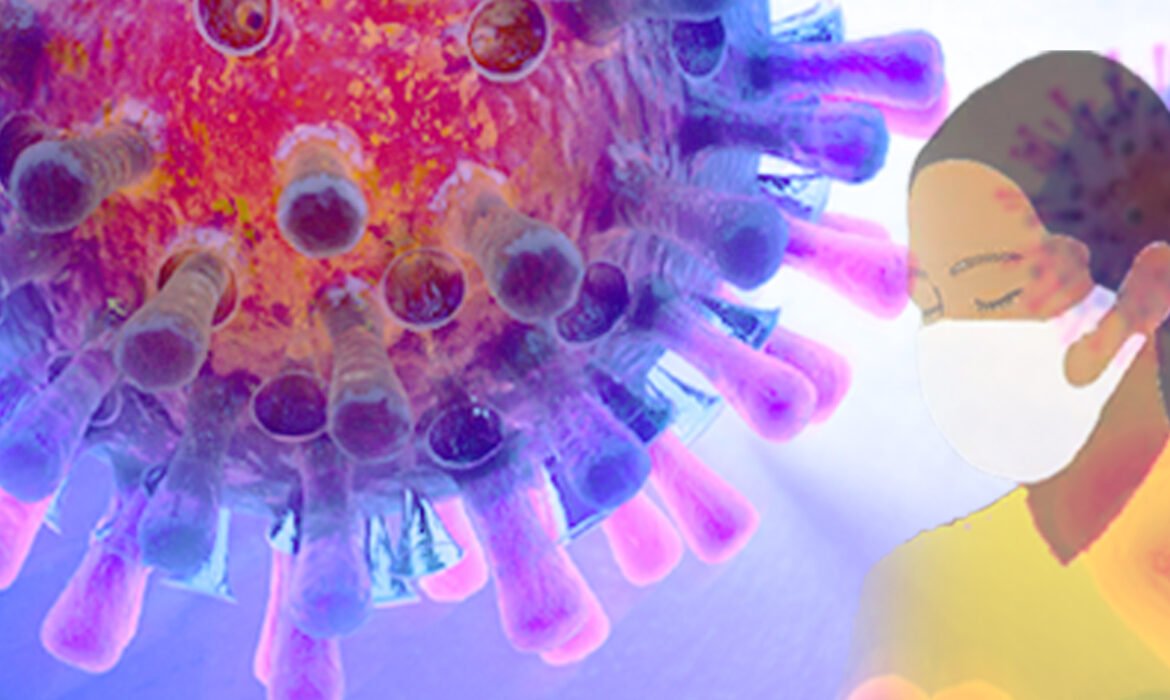 It’s a year since the world has been in the grips of COVID-19, the coronavirus that scientists believe to have originated from an

outdoor market in Wuhan, China, declared a pandemic by World Health Organization (WHO) last march
Since then, the virus has taken its toll globally: killing more than 2.8 million people, infecting close to 120 million, wrecking economies and disrupting life as we have come to know it over the past several decades.
Over the past 12 months or so, governments around the world are still trying to wrestle control of this virus that is remarkable in its contagiousness, its resilience and its ability to replicate itself.
With victims in 219 countries and territories, almost every nation on earth has been touched.

Ironically it’s the United States of America, the country with mankind’s strongest economy and the greatest advances in  science that holds the dubious distinction as the hardest hit by the virus with more than 30 million cases and well over half million deaths.
Other countries that have taken a beating from COVID-19 include Brazil with close to 11.5 million case and approaching 300,000 deaths and India will over 11 million cases and about 175,000 deaths.

In the English speaking Caribbean Jamaica, where the virus was kept mostly under control during the first wave but made a turn-around over with unsettling surges over the past few months, Jamaica stands at the top with going on 30,000 cases and just over 350 deaths. Smaller countries such as Guyana and Trinidad and Tobago range around the 2000 cases average with less than 200 deaths each while Barbados and St. Lucia have seen recent spikes that take their caseload to over 3000 and thirty-something deaths.
Also in the region, Cuba stands out with about 58,000 cases and a little over 350 deaths. 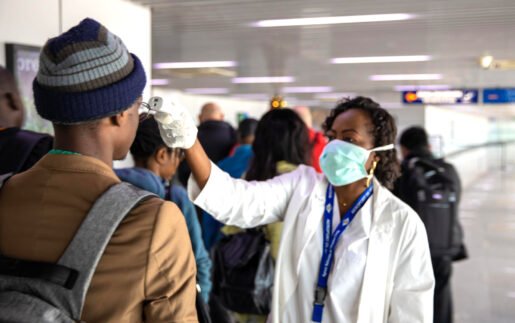 Among the 54 nations on the African continent there’s a reported cumulative case count of around 3 million cases together with just over 100,000 deaths.
South Africa is the trouble spot with over 1.5 million cases and more than 50,000 deaths.
Nigeria with well over 160,000 cases and more than 2000 deaths is also high in Africa. So to are countries such as Kenya (109,000 cases and 2000 deaths) and Zambia and Ghana both showing a little more than 80,00 cases and around 1000 fatalities.
Home…
In Canada, the number cases are close to 900,000 and little over 22, 300 deaths.
Quebec and Ontario, the two largest provinces continue to drive those numbers upward, with close to 300,000 and 315,000 cases respectively.

Declining Numbers Around The World…

In the midst of the ravages of COVID 19, governments around the world and citizens have been fighting back, with varying forms of success.
Some countries have already witnessed dramatic declines in the number of cases and deaths.
In its March 2021 update, WHO reported that this dip in the number of global infections averages out to between 10 to 16 per 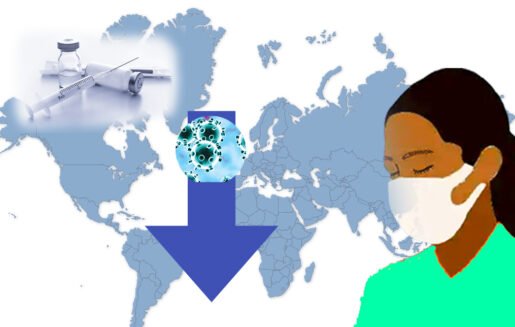 cent per week since the start of the year.
The number of deaths also declined in all regions by 10 per cent.
The report showed that five-out-of-six regions reported a double-digit percentage drop in the number of new cases. The highest decline is in the United Kingdom with a 27 per cent fall, the US had a 23 per cent drop and Russia recorded an 11 per cent decrease.
India with its population of 1.2 billion and home of the second most cases in the world, moved from about 100,000 per day back in the September and October 2020, to the relatively comfortable 10,000 to 15,000 cases per day in early March 2021.
As well, countries such as New Zealand, Portugal and Israel have earned commendation for managing the pandemic either by a strong combination of public health and social measures or by efficient and effective vaccination policies.

Now that the so-called ramping up phase of the COVID-19 vaccine rollout is in full gear, signs of the global inequity in 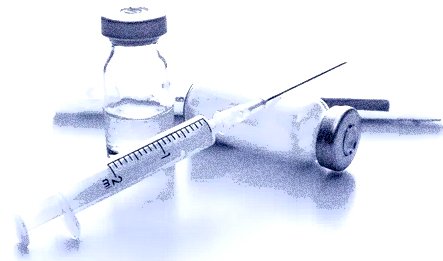 accessing supply is becoming more obvious.
With eight vaccines approved by various governments around the world, countries are in a haste to vaccinate as many of their citizens as possible, which comes with increased likelihood of leaving behind those without the resources to access the vaccine commercially.
It’s already evident from the numbers provided by the data collection website, Our World Data, that shows as March 9, powerhouses like the United States, China, The European Union and India have been administering the bulk of the doses.
The US and China are way ahead with 94 million and 54 million respectively. On the other end of the spectrum, developing nations in the Caribbean and Africa are not even on the scale, as they wait for supplies from the COVAX Facility or for handouts.
The need for vaccines is especially pronounced in the English speaking Caribbean as well as in Latin America, where some of the countries are seeing an unusual spike in their numbers, which makes an initiative, by the government of India hopeful.
As one of the leading manufactures of the coronavirus vaccines, the country holds sway in the distribution of those vaccines, and has been donating supplies to countries around the world as part of its “Vaccine Maitri,” or “Vaccine Friendship” initiative.
As part of that initiative, the 15-member countries of the CARICOM bloc together with El Salvador, Argentina, Cuba and the Dominican Republic will receive more than 570,000 free doses of vaccines.
Tens of thousands doses of have already been shipped to the region, helping several countries to begin their vaccination campaign, immunizing health care workers and other high risk group.
India’s outreach initiative is going a long way in easing frustration among developing countries that have been boxed out of supplies of approved vaccines due to hoarding by rich nations.
Canada, the UK and the USA are being criticized for ordering massive amounts of vaccine doses, several times more than is needed to vaccinate their populations.
Canada in particular has ordered close to ten doses per person, while the 1.2 billion doses ordered by the US is more than enough to vaccinate every American three times.
In doing so, these rich countries are pushing regions such as Africa way to back of the line.
The estimated 300 million doses ordered for the continent is expected to vaccinate less than 20 per cent of Africans on the continent.
In his message to global leaders earlier this year, World Health Organization (WHO) Director-General Dr. Tedros Ghebreyesus warned them of the perils of inequitable vaccine distributions.
“To protect the world, we must ensure that all people at risk everywhere – not just in countries who can afford vaccines – are immunized.”

To mark the one year anniversary of the arrival of COVID-19 and the pandemic that it spawned, the government of Canada designated Mar

ch 11 as a national day of observance to commemorate more than 22,000 Canadians who have died and stand in solidarity with the more than 895,000 Canadians that have been afflicted.
Canada’s two biggest provinces Ontario and Quebec carry the bulk of the cases and fatalities from the virus. In Ontario the caseload is close to 315,000 with just over 7,000 fatalities. In Quebec there are 295,390 confirmed cases and 10,518 people have died.
One year after the pandemic declaration from the World Health Organization, the federal government is banding with provincial and territorial governments to get as many Canadians as possible vaccinated.
So far, four vaccines have been approved including Moderna, Pfizer, Astra Zeneca and Janssen each coming with different levels of efficacy but all guaranteed to provided protection for the dreaded virus that has put thousands of Canadian hospitalized, many in intensive care.
As of Thursday, March 11, close to 3 million Canadians have been vaccinated across Canada including one million in Ontario together over 600,000 in Quebec. So far, the amount of doses administered amounts 5.6 per cent of the Canadian population.
Vaccines in Montreal
In Montreal the newest concerns around COVID 19 surround the increasing evidence of variants. As it was in the initial outbreak the city is carrying the bulk of the more than 1,500 cases of variants in Quebec.
That’s why the vaccination process is proceeding full steam in the Montreal area at several sites across the city.
So far everyone over the age of 70 can make an appointment and get the vaccine. Tel: 514 644-4545 or do it Online: Quebec.ca/vaccincovid.
It’s important to note that the COVID-19 vaccine is free and you don’t need a health insurance card to get it, but if you have one, bring it to your appointment. 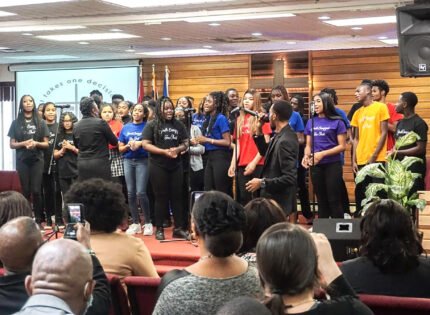