Advertise with Us
Home Entertainment On the Record Nov 10, 2016 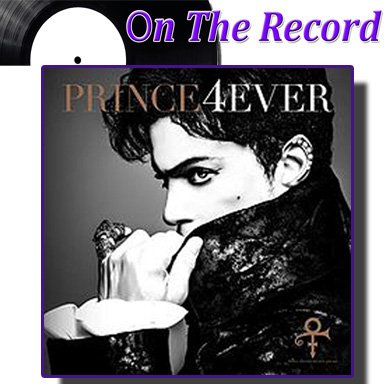 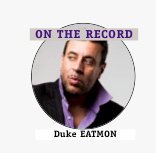 “Prince 4Ever”
– Prince –
N.P.G. Records/Warner Bros. Records
This writer has never been a huge fan of greatest hits compilations but nevertheless understand their purpose.
Especially in the case of Prince, arguably the most prolific artist in pop history, who left us on April 21 of this year, a victim of an accidental fentanyl overdose.
There were three officially released Prince greatest hits compilations over the years. The 1993 three disc boxed set “The Hits 1 & 2 , The B-Sides, which Prince released through a collaboration with Warner and his own Paisley Park label. Prince participated in that project with his tour manager Alan Leeds writing the liner notes.
The real gem of that boxed set was The B-Sides, which featured cult classic never-released on albums like: “Hello”, “She’s Always In My Hair” and “I Love U In Me” just to name a few, who also were never released on any album.
Then there was the 2001 released “The Very Best Of Prince”, a corny at best, ‘best of’ set put out half a decade after Prince had already left Warner to pursue indie projects and one off deals with EMI, BMG, Arista, Motown and Sony.
2006’s “Ultimate Prince” fared slight better because it featured 12 extended remixes of classics like “Let’s Go Crazy”, “Kiss”, “Raspberry Beret” and “Pop Life”, whose extended mixes had only been previously released on vinyl singles.
Then there was the contract filler of “Old Friends 4 Sale” in 1999, which was a compilation of unreleased material, whose title summed up his now dead relationship with the label that signed him in 1977 and released his self produced debut album “For You” in 1978.
After several forays into more creative ways to release his abundance of material over the years, Prince returned home to Warner in 2014 to release the therapeutic and grossly under-rated “Art Official Age” as well as the rocker set “Plectrum Electrum “ with his all-girl band 3rd Eye Girl (which he ironically led)  on the same day. Throughout the album Prince talked about “finding his way home, though making no reference Warner at any point.
However, “Prince 4Ever”, the first posthumous release, appears to be unique. Almost like Prince would have approved.
Yeah, sure, the usual Prince suspects are here. Historical classic pieces like: “When Doves Cry”, “Little Red Corvette”,”1999”, “I Wanna Be Your Lover” and of course “Purple Rain.”
But “Prince 4Ever” also features for the first time ever the official release of “Moonbeam Levels”, originally recorded for 1982’s “1999” album and considered for the “Purple Rain” soundtrack in 1984. This soulful power ballad is evidence of Prince’s fascination with the music from the 1982 sci-fi thriller “Blade Runner”, which heavily influenced his space aged keyboard and drum machine laden production of this era.
“Head” from 1982’s “Dirty Mind” set and the irresistible b-side to 1981’s “Let’s Work”  single from the “Controversy” album;  “Gotta Stop”(Messin’ About) is worth the price of admission.
Who  says this was about hot-singles? Prince certainly didn’t. Prince himself had even included brand new songs on his 1993 boxed-set like: “Peach”, “Pink Cashmere” and a live version of “Nothing Compares 2 U”, all of which he released as singles when the compilation came out.
“Girls And Boys” and “Mountains”, both from 1986’s “Parade” – Music From “Under The Cherry Moon”, are nice additions given their gorgeous melodies and funky grooves.
Because of copyright issues, no songs from ‘89’s “Batman” soundtrack have ever appeared on any Prince comps. “Partyman” and “Scandalous” were big hits but “Batdance” went to No.1 on the charts and it’s the only one from The Caped Crusader soundtrack featured on “4Ever”.
High point, the 1985 single “Paisley Park” off “Around The World In A Day”. This Beatlesque gem has been slept on for 30 years.
His Royal Badness would have approved!
Rating = 10/10