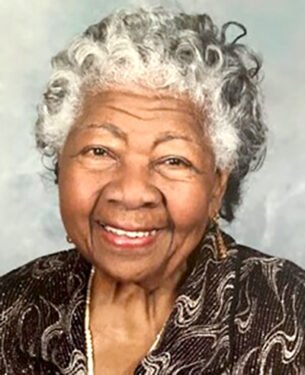 My mother, Erla Blandeen Hewitt Sandiford, came from a simple background. She was the daughter of a World War II veteran who served in Palestine and who was also a police officer in Barbados, and a seamstress.
Due to her father’s work injuries, my mother helped take care of him when she was young.
Her sense of commitment and giving was strong. My own father waited until she completed her nursing studies and became a registered nurse before they wed.
She used to tell one of her best friends, Gloria Burton, that she was going down to the sea to meet Marcus because he was teaching her how to swim. She never did learn how to swim, but she did catch the love of her life.
Dedicated to God, my mother was involved in the church—and not only the one she helped found, St. Lawrence Anglican, in LaSalle.
She was a forerunner: she understood the imperfections that arise in any human endeavour and the contradictions to faith that we bring to the interpretation of the word of God.
She accepted people who are LGBTQ+ within the church because, for her, we are all children of God.
My mother, by her own admission, was outspoken. She often worried that people would only think: “Erla has a big mouth.” Her outspokenness was always for what she perceived as the greater purpose. More often than not, it was to help others.
She could quarrel. Her and her old friend Pam King would have some strongly worded conversations, leaving both of them thinking that the other person could “stand there” until she saw sense.
In the end, they would always talkback, laugh some more. They travelled the world together. They looked out for each other’s family. Towards the end of their lives, they were in constant contact. They passed away within weeks of each other.
In the depths of COVID, late 2020, my mother was still president of the board of La Porte d’Or des Îles (PODI) retirement residence. I was, honestly, furious with her when she took a secondary, inferior course of treatment to an on-going ailment so she could resolve certain problems of the organization at the time. When these problems were resolved, a second wave of COVID hit, which meant treatment, would be deferred for six months.
My mother knew the risk and took it because she believed that PODI was of greater importance than herself. She never let the perfect be the enemy of the good.
In the 1941 movie Citizen Kane, when examining the life of the titular character, journalists wonder about the “Rosebud” that was so important to him. It was, after all, Kane’s last spoken word. It turned out to be the name of a sled he was given as a boy.
My mother’s “Rosebud” was her love.
She would play hide-and-go-seek with her grandson Corwin while I was trying to do work and Corwin should be in bed. With her granddaughter, Aeryn, my mother would get the rather strait-laced child of four laughing as they played together and Aeryn would jump up on her.
With James, he would quietly look for his grandmother as we moved around the house, and she would find him and give him a big hug. Matthew always looked out for his grandmother, and she was thankful for his attentiveness.
She enjoyed a long correspondence with Jonathan about growing up in Barbados as a school project of his. William’s self-aware antics, sometimes exasperating to his parents, often made her smile and laugh in remembrance.
My mother’s love for her husband, family, friends, and community writ large was important to her. She always tried to treat people with dignity and respect.
My mother got everything she truly needed and almost everything she wanted, and never lost it. Had she been a Roman at the time of Christ, and a man, one can only imagine what a Caesar she would have been.
My mother was, luckily, born into a 20th century world that was evolving to recognize and respect that great people are not only men.
This modern world enabled her to use her various gifts and strengths to help not only her family but also others. That she did right to the end. 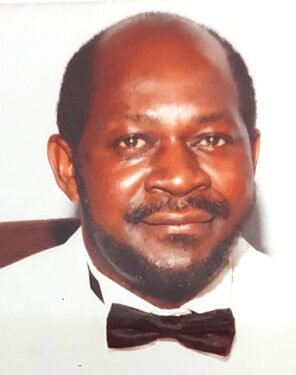 Dad it’s been one year since you answered the Master’s call.
The sand of time will never erase the love I have for you.
The impression you left on this world will never fade.
Today we mark the anniversary of your passing.
As we celebrate your love and sweet memories you will remain forever in our hearts.
In life you touched so many, in your death many lives were changed. Continue to Rest well my daddy
Love you forever.