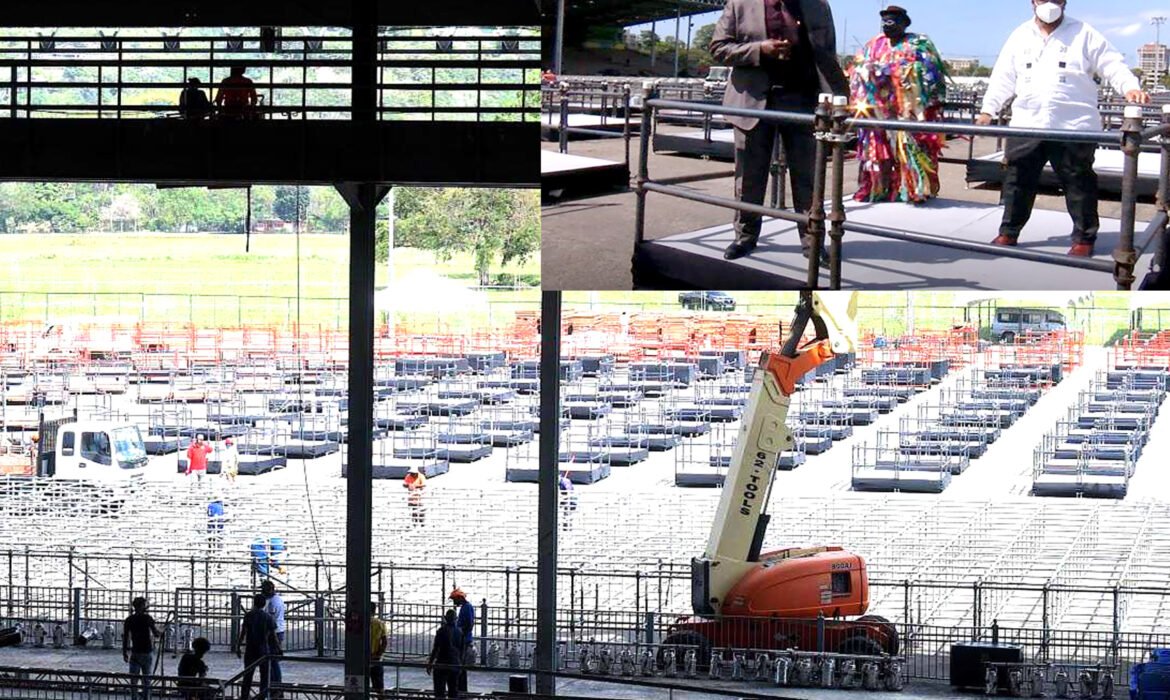 So far carnival loving Trinbagonians are anything but excited about this year’s hastily organized celebration that is supposed to climax on Feb 28 and March 1, with two live events and a televised show.
The calendar of events for the 2022 Taste of Carnival that kicked off on February 4, has been showcases of apathy and probably boredom for the few Trinis that even bothered to attend.
And with the big Calypso Monarch competition shelved apparently due to a shortage of money, participating calypso tents struggled to draw crowds or secure funds for a fraternity that has been hit hard by absence of shows during the COVID lockdown.
On the steelband front, the excitement is still to come. Although traditional pan-sides and those in the Small Band category have been delivering some scintillating performances at their pan theatres, the Pan in de Sancouche showcase on Saturday, Feb. 19, that featured the top bands in those categories still failed to draw any significant crowds.
A damn shame, considering the exceptional quality of the performances at the show.
However, pan lovers are expected to be in their numbers at the Queen’s Park Savannah to enjoy the sweetness of heavyweights such as Catelli All Stars, Desperadoes, Renegades, Fonclaire, Exodus and Birdsong. All 16 “big bands” will be on show, each playing two songs.
As well, 12 Medium Bands will also be on the savannah stage that is expected to go well into the morning.
The big Dimanche Gras show carded for Sunday, February 27, will offer Trinis a chance to enjoy some exciting masquerade portrayals in the King and Queen category.
And will also feature ten of the T&T top calypsonian as well as an exciting line-up of guest performers, including, Bunji Garlin, Nadia Batson, Blaxx, Lyrical, Swappi, Iwer George, Drupatee, Raymond Ramnarine, Nishard M and Skinny Fabulous, every one a crowd-pleaser.
Dimanche Gras audiences will be accommodated in the Grand Stand of the savannah and in specially constructed safe-zone pods in the North Stand that can house from six to nine people.

The show is expected to the available to North American audiences on pay-per-view.