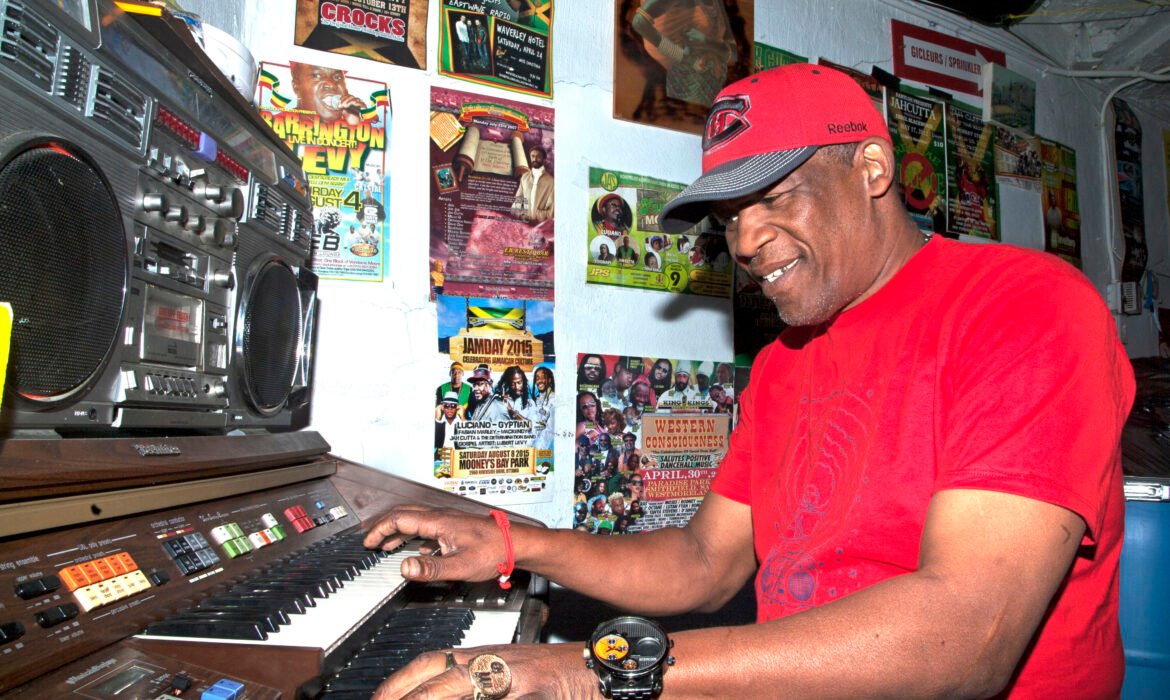 Never one to hold back on his emotions, Montreal reggae icon, Jah Cutta is offering a piece of his musical soul to music lovers in the city.
It’s packaged in his soon-to-be released album: Ladies and Gentlemen… Jah Cutta.
“To me, it’s a gift from God because I see it as a manifestation of what’s in me and the love I have for music,” is the way he describes it. “I think all the work I’ve done over the past 40-something years, have come together on this album.”
Also, he says this project was an opportunity for him to pay tribute to some of the legendary singers that influenced his musical journey, such as Teddy Pendergrass, Percy Sledge, Alton Ellis, Dennis Brown, Bob Marley and others.
The album features 12 tracks, ten of which are originals, together with two timeless classics, Pendergrass’ “It’s So Good,” and Sledge’s “Let Me Wrap You.” All given Jah Cutta’s royal treatment as he showcased his engaging voice and ability to deliver a song.
“That’s why I insist that the album is really for a certain class of people who can appreciate something different.”
“Ladies and Gentlemen…” is Cutta’s seventh album, which together with about three dozen singles, make him one of Canada’s most prolific reggae artistes.
And it comes at a special time in his life… a time when joy and sadness collide.
Known for his effervescence and free flow of positivity that’s always with him, Cutta took an emotional beating this past August 9, when he lost his son Carlton Christidest Williams Jr. (Young Cuts) was stabbed to death in a wanton act of violence in downtown Montreal.
“When the news came, it drained every drop of blood out of my body” he says. “It wasn’t something I could come to terms with. But then came the realization that it’s all in the Most High. It’s God’s Will.”
As it has been for much of his life, music led the 50-year old out of his darkest place.
Cutta says he and his band had just finished a six-week tour of Quebec and Canada when he urged them back into the studios to lay down the tracks for the album.
The first track of which, “All About The Youte Dem,” was dedicated to him.
“What we got out of that album, to me is still a work of musical amazement.”
He sees it as his command performance looking back on more than four decades on the circuit.
It started in 1975, just after landing here from Jamaica. The young Carlton Williams was placed at LaSalle High, where his mother commanded him “not to get high.”
What he did get into was music.
“I remember my teacher telling me ‘you have to come to school with books not that tape recorder you’re always walking around with.’”
But Cutta just could not put down his boom box down, so one day the teacher forced him to sing for the class and then for the entire school in the auditorium.
His rendition of “I Don’t Want To Wait In Vain” blew them all away. And so it started.
Before long he was on stage at events in the community, first as a member of the Ranking Riders dance group, then as Carlton Williams the singer.
His first appearance at Jamaica Day 1977 at Kent Park was his “breakout event” as he calls it.
Not long after that, he was tapped by well-known journalist and reggae impresario Gary Steckles, to open for the iconic reggae star, Peter Tosh.
The name Jah Cutta was given to him by the owner of Nubia Dance Club downtown, where he became a regular performer.
By the mid 1980s, after being fired from his job downtown, Cutta went and cleaned out his bank account and with the help and support of his brother, Lloyd (owner of the Caribbean Food Factory Restaurant) he bought an entire collection of instruments and equipment to form his band.
So came Jah Cutta and the Determination Band.
He remember not being able to find a place to practice, so they ended up rehearsing in the living room of well-known sound man Fitz for month, until a chance meeting with broadcaster John Oakley landed them their first real paying gig.
Cutta and his band has been a fixture on the Montreal reggae scene ever since.
Today, Jah Cutta stands as the grand daddy of all reggae performers in Montreal and Quebec.
He has also taken his act on the road, to islands across the Caribbean as well as around the United States and Canada.
“I’ve driven across this beautiful country and I’m grateful for the inspiration it gave me to write and be creative.”
Cutta laments the fact the Reggae music has been slipping away from our hands, just as Rock and Roll, Jazz and other musical genres created out of our struggles and lamentations.
“That’s part of what’s been happening to reggae here in Montreal, as it is around the world. It’s going away from us.”
But he remains confident that “with love and togetherness,” which are the cornerstone of the music, “we’ll keep it, to build ourselves and our communities.”
He is inviting all music loving Montrealers to share a moment with him at the launching of “Ladies and Gentlemen…” on November 29, at the Belmont Bar, 4483 Boul. St. Laurent at 9:00 PM. Info. stanproduction.com or facebook Jah Cutta.