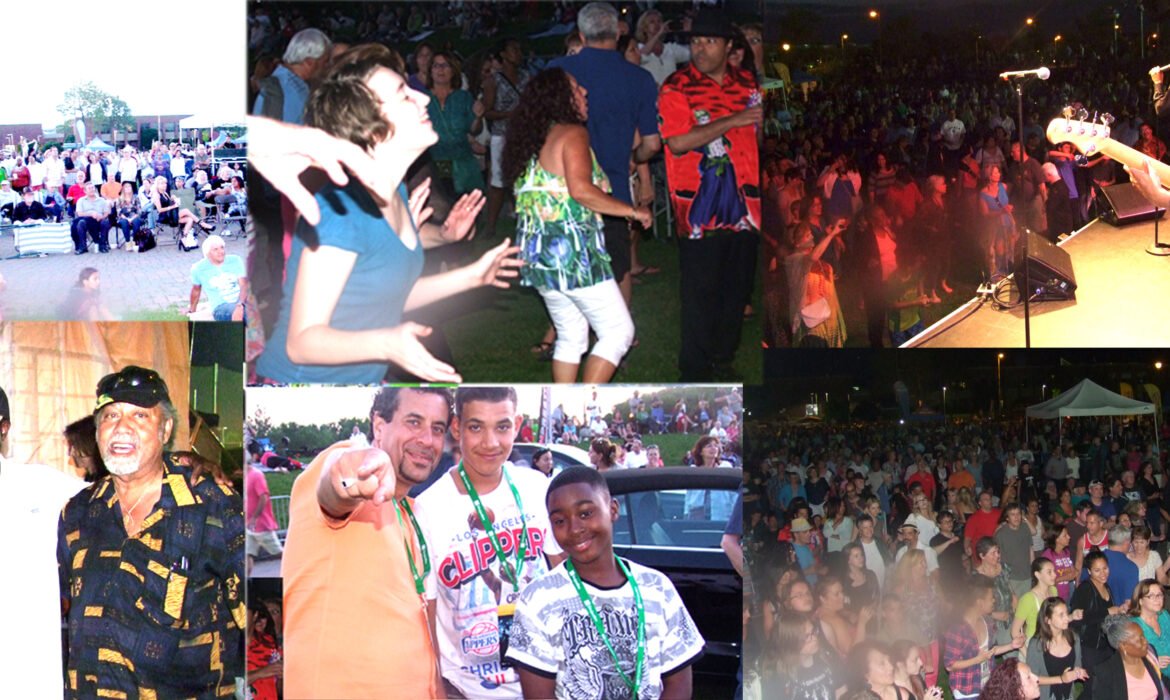 Music lovers from far and wide flocked to the Dollard des Ormeaux Parc on Saturday, June 20, for the 12th edition of the West Island Blues Festival.
It was a watershed year for the annual event, which drew record numbers on a sparkling Saturday afternoon.
It was an illustrious line-up that included many stars of stage, like Mike Gaudreau and Caroline Fe.
But it was Freddy James and his band that stole the show. On stage for more than an hour, the Montreal singing sensation caressed the crowd with a repertoire of songs drawing from the contemporary to the back-in-time standards.
It was a memorable evening for Montrealers who sang and danced the evening away.
Organizers are thankful for the overwhelming show of support and pledge another epic show for 2016.