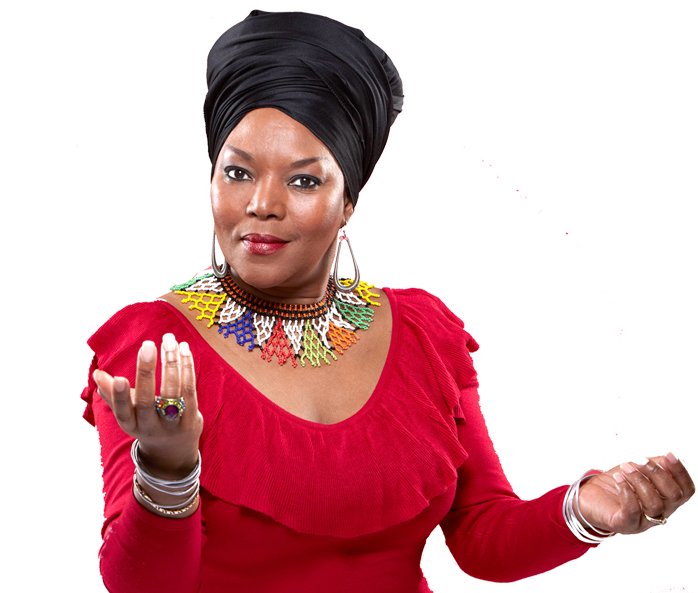 On stage for most of her life, Lorraine Klaasen has played at some of the grandest venues in some of the biggest cities thrilling tens of thousands in Africa, Europe, North America and the Caribbean. But she says it’s no less exciting for her to be in front of fans at the Caribbean Paradise Lounge in LaSalle.
“Very exciting,” she says. “Th

at’s why I decided to label this concert, ‘In My Back Yard,’ because to me it’s like being home in the community where I live and perform for friends and relatives, especially the elderly who love my music but don’t always get a chance to come to my concerts.”
The event is made even more special because she is dedicating it to her mother, Thandie Klaasen, the iconic South African performer who recently suffered a stroke at her home in Soweto.
“Everyone knows how much my mother means to me and no one inspires me more,” she says. “My mother has been beaten, robbed, stabbed and burnt, but none of it kept her down. She went on to become one of the most popular singers in South Africa and an inspiration to many.”
“I know a lot of her fans here in Montreal would like to know how she is doing, so at the concert we will talk about her as I sing some of her South African jazz songs. “
She says the concert will also offer fans a chance to sample some of the new music she’s putting together for her upcoming album, Township Jive.
Klaasen won a JUNO award in 2013 for her last album, Tribute to Miriam Makeba, in which she paid homage to the South African-born international superstar who has been like an aunt to her.
In the close to 30 years since she first tickled the fancy of Montrealers with a show called African Broadway at the Club Soda, Klaasen has garnered a large and loyal following in the city, and she continues to win them over with her enchanting voice and tantalizing moves that make for a spellbinding stage presence, all of which make her the acclaimed Diva of African music in North America.
Join Lorraine Klaasen for an intimate concert on May 23 at the Caribbean Paradise Restaurant, 8080 Newman Blvd., at 8:00 PM. She is inviting people to come early and book their dinner. Info. 514-363-8080.