Keeping the Caribbean in Christmas Up Here 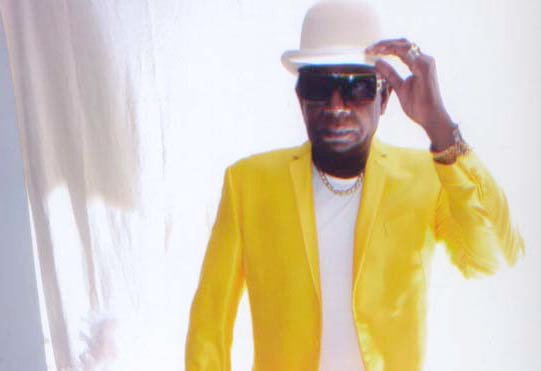 When it was all about music, eating and drinking…

Ask a roomful of Caribbean people what they miss most about Christmas “back home” and more than anything else, you’ll hear talk about celebrating with family, friends and community.
That’s because so much of the celebrations in the islands had to do with getting together with people who are close to you to eat, drink and make merry with music as a constant backdrop.
It’s a lingering sensation that many Caribbean immigrants around the world carry with

them and try to recreate every time Christmas rolls around.
In Montreal, Kent Merchant and Neville Brown, both Trinidadians, make it their business to maintain, as best they can, a Christmas link with their homeland and the Caribbean by using music as an adhesive force to bring people together.
“In Trinidad we celebrate Christmas by paranging: singing songs, eating and drinking… while visiting homes of friends and relatives, and back in the day we were trying to do the same thing here in Montreal, but that has changed,” says Merchant, known as Loveman Kent.
As one of Montreal’s most popular calypsonians, a former monarch, Kent uses his music to bring a dash of back home flavor to the seasonal celebrations here, with the release of several soca-parang hits.
His most popular, “We Paranging” released in 2013, garnered air play on Caribbean radio shows across Canada and continues to tickle the sweet-spot of Caribbean people whenever it’s played on air or at events.
The song, which references every major Canadian city, takes on special relevance in Montreal, because it shines the spotlight on several community personalities and groups.
Kent says the popularity of the song and other releases is evidence that people, especially Trinidadians, still want to hold on to some of their traditional Christmas celebrations, although they are socializing differently these days.
The way it has to be done these days is by having well organized events with good artistes that can capture the flavor of the season,” he says. “We have to bring people to the parang instead of going to them with parang.”
Brown is also well known in the Caribbean community. Almost everyone calls him Nato.
He has been organizing events in the city for well over four decades, and hardly a Christmas goes by without him “throwing an event,” as the saying goes.
He too remembers the days when people from the Caribbean community went from house to house frolicking for the Christmas.
He says now that’s no longer happening it’s important that we find ways to maintain the traditions of Caribbean Christmases past.
It’s now up to individuals and groups that have been around long enough to know what it was to make it their duty to retain some of their traditions and pass them on.”
On Saturday, December 19, Nato showcases a Caribbean Christmas Special, Joy To The World, at Caribbean Paradise Restaurant, featuring Caribbean Voices doing a repertoire of seasonal favorites. The show will also feature several veteran performers, including Loveman Kent and Skippy, and a few up-and-comers such as Esra and Kemi. Showtime 5PM.
Loveman Kent’s grand show for the season is themed “Boxing Day Madness” and will showcase some of Canada’s biggest performers of Caribbean m-usic such as Guney, Connector, Sweetz, Slim Thing, also Montreal’s own Jamet Jackson. Music by DJ Elvin, Babo and DJ Professor. Saturday, December 26th.
Info. for both events @ 514-363-8080, 438-937-1924.