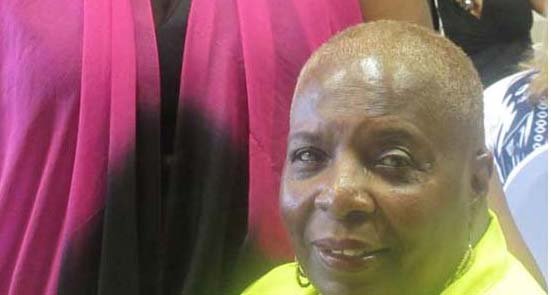 Today, Hawks International Inc. stands as one of the longest serving organizations in our community, with more than 40 years of service  to the development of  seniors, youth and culture in Montreal.
It was in 1974 when a delegation of the newly formed Hawks International Inc. ‘New York Chapter’ was sent to this city to try to connect with fellow Trinbagonians in this part of Canada for joint participation in the cultural activities through excursions on the occasions of Carnival and other events.
They chose Montreal because of their connection with one of their original members from Trinidad,  Ms. Brenda Wallace.
At that time the carnival was managed by the Montreal Carnival Development Committee and it was growing fast as people came from far and wide to be part of the excitement. Among Trinidadians in New York,  there was  intense interest in the Montreal Bus Ride, so much so that Hawks International contemplated the question: Is there a need for a chapter in Montreal? The answer was a resounding yes.
Ms Brenda Wallace was appointed to lead the newly founded chapter and the rest is history.
The relationship started with three buses from Brooklyn coming to Montreal to participate in the carnival celebrations, which was complemented by their signature event, the largest open air Carnival Dance outside of Trinidad & Tobago at Belvedere Motel that went until daybreak.
Over the years, it grew to a bigger caravan of 10 buses, many cars and other modes of transport  bringing thousands from Brooklyn, Detroit, Washington and Miami, an influx that contributed to a spike in business on St. Jacques Street and surrounding areas where the visitors took lodging.
The relationship between Hawks International and Belvedere Motel lasted for more 20 years.
In May, 2010, Hawks Montreal celebrated the 25th Anniversary of its Annual Seniors Luncheon and 30 years of service to the community. To mark the milestone the organization received proclamations from NY State, NY City and the Borough of Brooklyn. The day was also officially declared Montreal Hawks Day in Brooklyn, with each member receiving copies of the Proclamations in recognition of their service.
In the passage of time, officers and members of Hawks Montreal have become cognizant of what  they have accomplished and the seeds that they have planted, and say it’s now up to the community to determine if the past efforts are worthy of perpetuation and step forward and keep the flame of oneness and service of our community and culture alive.
They have also come to realize that times have changed with new ways to deliver service and to communicate and say it’s necessary for individuals and community organizations to adapt and change accordingly without fear of NOW.
And it’s because of their proud history that the officers and members of Hawks Intl. Montreal are making a special appeal for volunteers and new members to step forward not only in the tradition of Hawks of yesterday but also with new ideas as long as it is consistent with the standard of integrity of the good name of HAWKS INTERNATIONAL.
The REBIRTH and REVIVAL of the organization has brought a youthful look to this year’s event with the involvement of the young adults coming on board.
So they are inviting all Montrealers to their 23rd Annual All Inclusive New Year’s Eve Ball “RENAISSANCE”, on Thursday Dec 31st, 2015 at the Beautiful & Elegant “EVEAGREEN RECEPTION HALL“ 5011 Buchan,  Montreal. Info: 514 365 8668.