Julian Marley releases As I Am 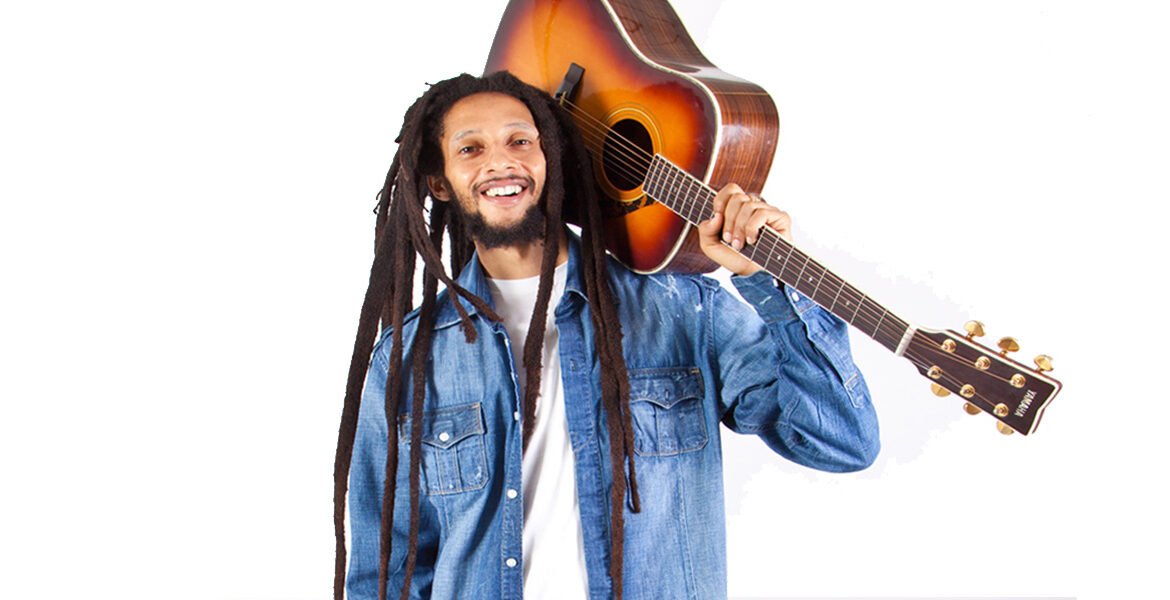 As one of 11 children of one of the biggest names in the world of music, Julian Marley knows a thing or two about individuality and finding your own ground.
“When it comes to music you must have your own identity,” is the way he tells it. “And it’s important to know that you can win by being yourself.”
It’s not like he is on the music scene to win anything.
The music he creates, he says, “is an inspiration from the Almighty,” that comes sparingly, so as he gets it he is happy to share.
“When the music comes to us, we just put it out and watch the blessings flow,” he told the CONTACT in a recent telephone interview.
Such as it is with his recently released album, As I Am, expected to unleash a free flow of love from music lovers and reggae fans.
The 17-track album recorded at Tuff Gong Studios in Jamaica became a family collaboration, with brother Stephen and Damian helping in its production.
It was released this past January 25, and being the first since his Grammy nominated Awake is another showcase of Julian’s well-honed song-writing skills as well as his extraordinary talent as a musician.
A local broadcaster was so captivated by the album, deems it one of the best for the past decade.
In its review, the well-respected music mag Billboard pointed to Julian’s “ fluency in various genres,” evident throughout the album, especially on tracks such as ‘Chalice Load,’ ‘Too Hot’ (feat. Shaggy) and the Tom Jones classic, ‘What’s New Pussy Cat.’
As I AM’s first single, ‘Hey Jack (Depend on You)’, a call to friendship and loyalty set on an exciting and bouncy rhythm, is already creating a stir on airwaves around the world.
The 43-year old Julian, one of Marley’s five sons, was born in England where he spent much of his early life with his mother, Barbados-born, Lucy Pounder.
His interest in music started as he taught himself to play and master several instruments, including the guitar, bass, drums and keyboards and travelling regularly to Jamaica to hone his skills among reggae greats such as Aston “Family Man” Barrett, Carlton Barrett, Earl “Wire” Lindo, Tyrone Downie and Earl “Chinna” Smith.
He was still a teenager when he formed the Uprising Band, which still continues to tour with him today. At 20-years-old he released his first album, Lion in the Morning. Then two years later lent a hand into making Lauryn Hill’s Grammy Award winning album, The Miseducation of Lauryn Hill, the masterpiece it became.
His second album, A Time and Place produced by his brother Stephen was released in 2003.
In 2009, Stephen and Damian collaborated in producing Awake, which earned Julian a Grammy nomination and earned him the award for ‘Best Album of the Year’ at the International Reggae and World Music Awards in New York. Along the way, Julian took his special brand of reggae music and its fusions to countries around the world, including across the African continent.
In 2008, he was invited by the Jamaican government to perform at the Olympic Games in Beijing, China, providing a musical backdrop to Usain Bolt’s runaway gold-medal haul.
With the release of As I Am, Julian, who is based in Miami, but travels regularly to Jamiaca and England, tells The CONTACT that he is preparing for an extensive tour that comes with promoting the album.