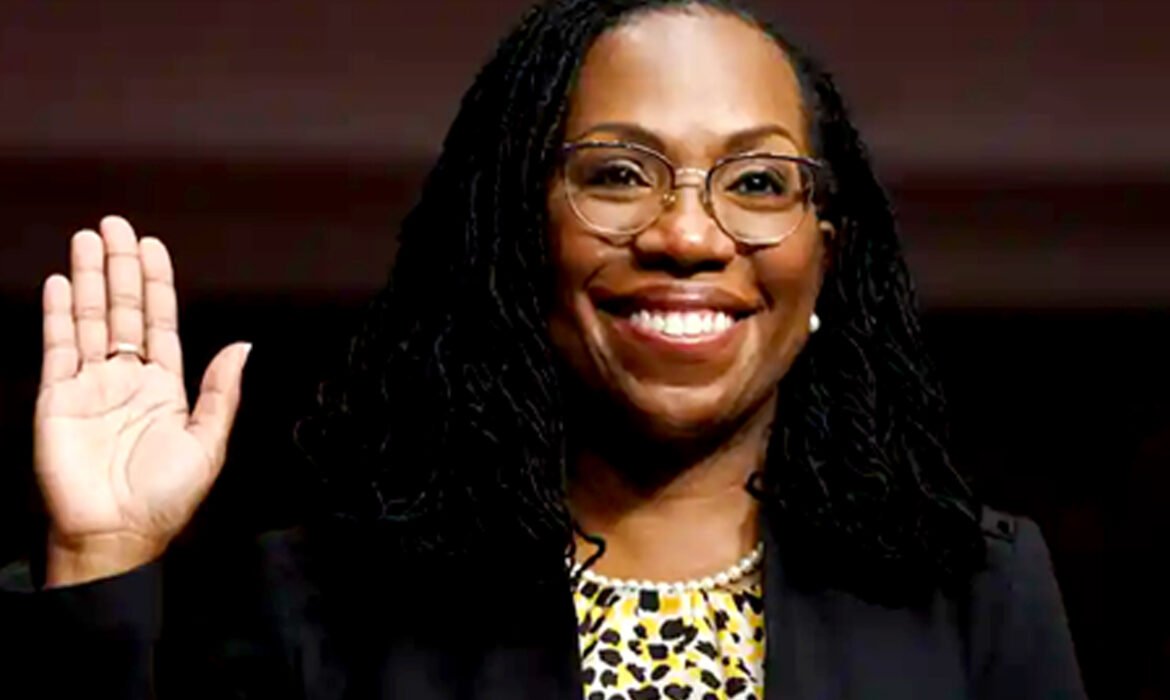 On Monday, March 20, Judge Ketanji Brown Jackson , a 51 year old Black woman stood in front of the judiciary committee of the United States Senate at her confirmation hearing, proud of her achievements and confident of her capabilities as the first Black woman to serve on the U.S. Supreme Court.
She used the opportunity to remind members of her commitment to the law:

“ I have been a judge for nearly a decade now, and I take that responsi 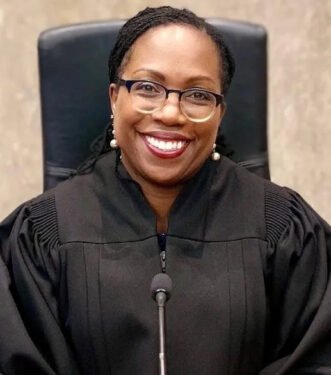 bility and my duty to be independent very seriously. I decide cases from a neutral posture. I evaluate the facts, and I interpret and apply the law to the facts of the case before me, without fear or favor, consistent with my judicial oath.”

Her nomination on February 28, by President Joe Biden carries strong historical relevance as she is poised to become only the third Black to serve in the U.S high court.
Judge Brown Jackson comes highly qualified with a Juris Doctor cum laude, from Harvard Law School in 1996 and the distinction of serving as a supervising editor of the Harvard Law Review.
Outside of Harvard, she honed her judicial acumen serving as a law clerk with several well respected judges in the U.S District Court and in the U.S Court of Appeal also with Justice Stephen Breyer at the U.S Supreme Court, who she is now in line to replace.
She also served as a judge on the U.S. Court of Appeals for the DC Circuit and as a United States District Court judge for eight years.
In that capacity she is a rarity because only 70 of the 3,843 people who have ever served as federal judges in the U.S have been Black women
She has for long been on the radar as a possible candidate for the U.S. high court and was vetted by the Barack Obama administration in 2016 as a possible replacement for the late Justice Antonin Scalia.
As capable as Judge Brown Jackson might be, her nomination and eventual confirmation would not be without controversy and inexplicable opposition in a country that has become so divided that Republicans are expected to oppose simply for sake of opposing.
High on the list of what is supposedly troubling them is her work as a public defender representing Guantánamo Bay detainees which the Republican National Committee labeled as advocacy for terrorists and other rulings that have made her appear to be soft on certain crimes.
These are nothing more than silly political manouverings to cast aspersions not so much onher professional capabilities but on her race and her gender.
In in her opening statement at the hearing she has made it clear that she has been guided by the ideals of transparency and fairness in a system that has been traditionally unfair to Blacks and other minorities.

“And all of my professional experiences, including my work as a public defender and a trial judge, have instilled in me the importance of having each litigant know that the judge in their case has heard them, whether or not their arguments prevail in court.”

She presents herself as all-American coming from a family of service.
Being born at a time of racial reckoning in the U.S, her parents Johnny and Ellery Brown a lawyer and a school teacher blessed her with an African name, Ketanji Onyika, which means ”lovely one.”
Her brother Ketajh a police officer (like two of her uncles) before joining the military and serving two tours of duty in the Middle East.
Her husband Dr. Patrick Jackson is a surgeon. They have two daughters, Talia and Leila.
Truth is, America has become comfortable in its affirmative action policies for white men, when it comes to its highest court.
White men have made up the bulk, 109 of 113 justices that have served since the Supreme Court was constituted in 1789. Only four have been women and two Black men, Thurgood Marshall, confirmed on August 30, 1967 and Clarence Thomas confirmed on October 23, 1991.
Judge Brown Jackson’s confirmation offers the U.S an opportunity to make right on this long-standing wrong.