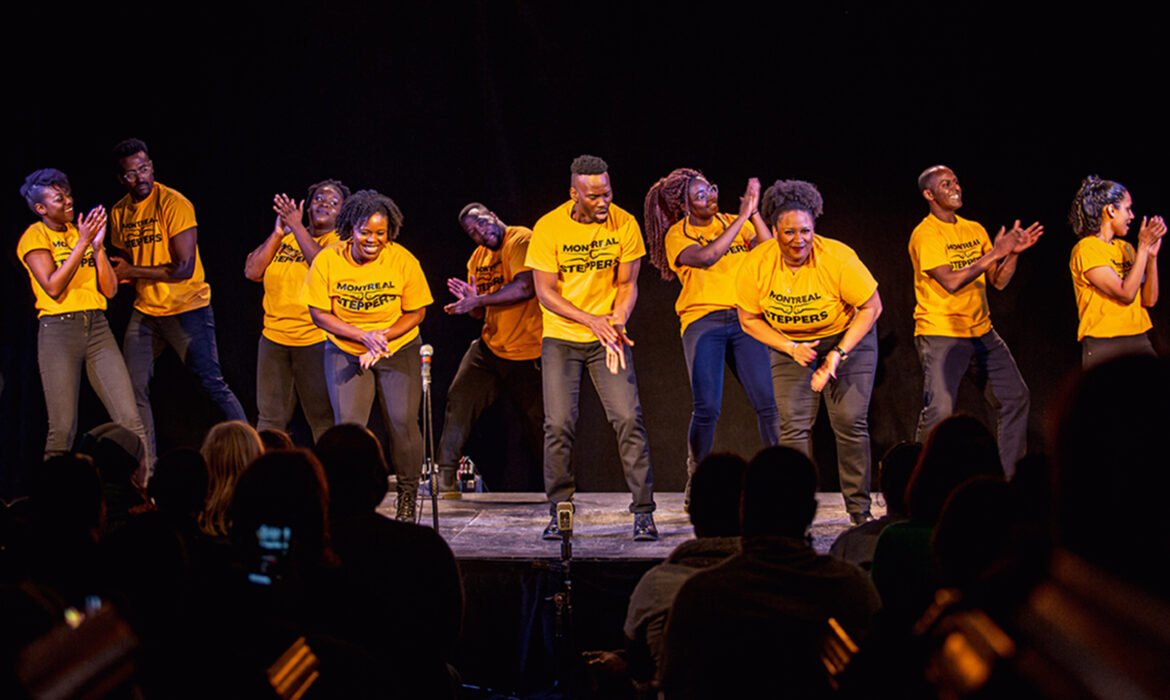 Telling stories with a combination of highly syncopated foot-stomping, hand-clapping and body-slapping… 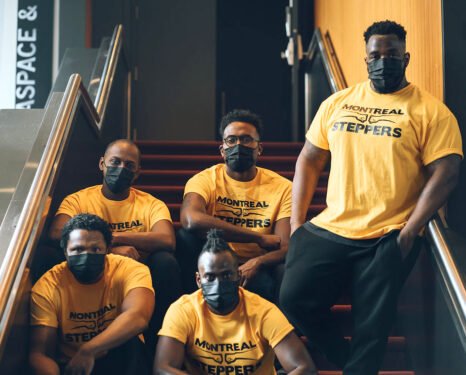 The rhythmic moves and sounds that constitute the artform known as “stepping” or “steppin’” are now commonplace on campuses across North America, in movies as well as in concert halls around the world.
The way dance historians tells it, this combination of highly syncopated foot-stomping, hand clapping and body-slapping has its history on plantations where slaves used the moves and sounds to defy their masters’ outlawing of drums as a form of communications.
It might have also drawn a little from the gumboots dance that came out of the South African mines where workers also used it to defy orders that prevented them from communicating with each other.
Contemporary stepping has its roots on U.S campuses among the Greek lettered fraternities and sororities who ’bust’ their moves as a show of pride.
Since the 1990s, Montreal has been home to various stepping groups, some formed out of CEGEP campuses, others out of the community, all using stages across the city to thrill audiences with their high-energy and captivating moves.
However, for a while there has been nothing. 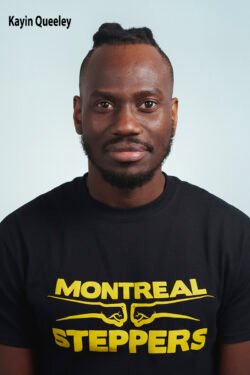 Fast forward to 2019 and enters Kayin Queeley, a Kittian born Montrealer, fresh out of college in the U.S (SUNY-Plattsburg) and back in Montreal with a passion for stepping.
He founded the Montreal Steppers and since coming together the group has been sharing the magic of percussive dance with audiences across the city, mostly through online workshops and performances due to limitations imposed by COVID-19.
Queeley, who holds a bachelor’s degree in International Business and a master’s degree in Leadership Studies and works at McGill University in the areas of student development, peer mentoring and community outreach told the CONTACT that The Steppers have been on an extensive outreach campaign over the past several months.
He says so far he and his team “have offered over four hundred stepping workshops to more than five thousand participants in elementary schools, high schools, CEGEPs and universities in the province of Quebec.”

“Through the workshops, we aim to influence the dialogue around the importance of black lives and black history in Canada. We are confident that they will illuminate the need for us to tap into our responsibility as human beings to help each other to breathe, live, succeed and thrive.” 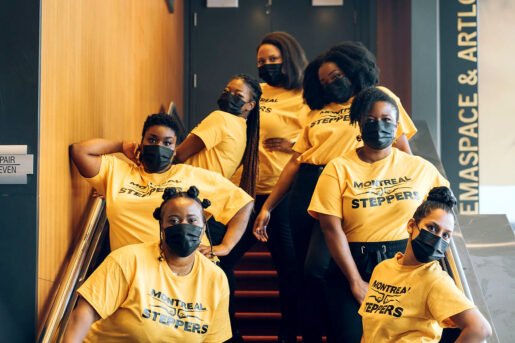 showcase: The Route to Canada- a live presentation of the art form of step, spoken word and song highlighting the resilience, creativity, influence of our ancestors in the African Diaspora.
Queeley states that, “the showcase focuses on Black Canadian History. A combination of powerful and energetic stomps, claps and a vocal ensemble to illustrate the long journey of Black folks to Canada through slavery, the Underground Railroad and migration.”