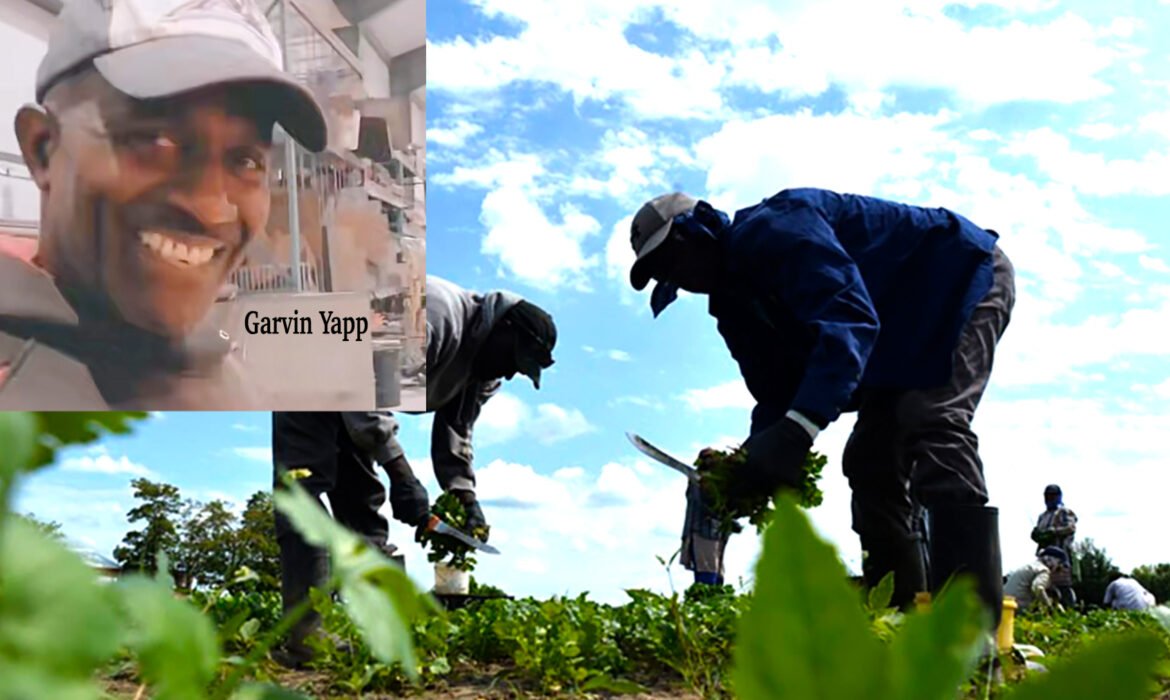 Seasonal agricultural workers from Jamaica are complaining about inhuman working conditions on Canadian farms.
The complaints outlined in a letter sent to Jamaica’s minister of labour and social security by farm workers in Ontario’s Niagara region came at a time when several migrant workers have died on the job.
As reported by several news outlets, the letter are complaining about what they describe as “systematic slavery,” in a program in which they need more support from both the Canadian and Jamaican governments.
The letter outlines a litany of worrisome conditions faced by workers who are in Canada under the Seasonal Agricultural Worker Program (SAWP.)
“We are treated like mules and punished for not working fast enough. We are exposed to dangerous pesticides without proper protection, and our bosses are verbally abusive, swearing at us. They physically intimidate us, destroy our personal property, and threaten to send us home”
Not long after the letter was released, news circulated about the death of 57-year-old Garvin Yapp, of St. James, Jamaica who reportedly died in an accident on a tobacco harvester on August 21 at Berlo’s Best Farm in Norfolk County, Ontario.
In response the Jamaican Ministry of Labour expressed “deep sadness” and said Minister Karl Samuda will be visiting farms in Canada that employ Jamaican workers.
Every year close to 60,000 workers come from developing countries on temporary permits to work mostly on farms planting and harvesting fruits and vegetables and in meat processing plants.
Many of the workers are affiliated with the Migrant Workers Alliance for Change (MWAC), a human rights group that have been calling for change to the system for years.
According to statements from MWAC workers under the program are tied to their employers and unable to work anyone else in Canada and in effect forced to accept conditions of extreme abuse.
MWAC is calling on the Canadian government to grant permanent residency to all foreign and undocumented workers to help them better assert their rights.

Despite pressure from advocacy groups such MWAC, the Canadian government has been slow in responding to the lingering problems coming out of the vulnerabilities faced by temporary foreign workers.
Canada’s Minister of Employment Carla Qualtrough has been quoted stating that, “the mistreatment or abuse of temporary foreign workers is unacceptable.”
And added that efforts are being made to improve the program and “ensure workers are protected.”