Advertise with Us
Home News George Elliot Clarke: a new face as a Parliamentary Poet Laureate 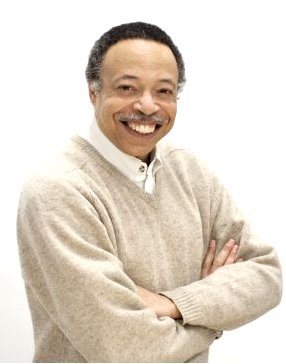 “Every line begins as a dream…the language of a dream…that’s poetry,” Canada’s newly appointed Parliamentary Poet Laureate, the ebullient George Elliot Clarke, told CBC Radio’s Shad in a January 28 interview on the daily cultural program, Q.
According to the official website, as the official poet laureate of Canada, Clarke’s role is to “encourage and promote the importance of literature, culture and language in Canadian society…”
Born in Windsor, Nova Scotia, Clarke began teaching Canadian and African diasporic literature in 1999 at University of Toronto.
He is active in poetry circles and is a sought-after conference speaker. His work for the most part explores and chronicles the experience and history of the Black Canadian communities of Nova Scotia and New Brunswick, creating a cultural geography that Clarke refers to as “Africadia.”
Clarke has also worked as a parliamentary assistant to MP Howard McCurdy. He also taught in the African-American Studies department at Duke University. He is currently an English professor at the University of Toronto and E.J. Pratt Professor of Canadian Literature.
Along his career path, George Elliot Clarke has received several awards and citations. The most recent (2009) was as co-recipient of the William P. Hubbard Award for Race Relations from the City of Toronto for his outstanding achievements and commitment in making a distinct difference in racial relations in Toronto. Prior to that (In 2001) he won the Governor General’s Award for poetry for his book Execution Poems.
He was also cited for “his local and national leadership role in creating an understanding and awareness of African and Black culture and excellence in his contribution to redefining culture.”
Among his many publications is one of his most popular Whylah Falls, selected for the 2002 edition of Canada Reads, an annual literary competition that pits several Canadian publications, championed by various public personalities, against each other. Canadians determine the winner.
In speaking of his Parliamentary appointment, Clarke provided an anecdote, the first steps of poetic journey to Ottawa.
“[…] As a 15-year-old Black kid in Halifax I couldn’t sing… couldn’t play any instruments…” so he turned to songwriting (poetry). It has taken him all the way…
George Elliot Clarke becomes Canada’s seventh Parliamentary Poet Laureate. “The position was created  in 2001 to draw Canadians’ attention to poetry, both spoken and written, and its role in our lives.”
In summing up his Q interview, he told Shad “I want to rewrite the Constitution as a poem…”