The political thoroughbreds are off and running, peddling their respective political products, a little bit of something for everyone on the menu. While nothing might change, just go on and vote right.

Canada is a nation of seasons, the natural four commonly known by all of us. Then there’s that other one that comes along at a time the leader of the governing party of the day deems opportune to call an election.
With election rumblings in the media for weeks the respective political party leaders had been rearing to go. That soon became a moot point once outgoing prime minister Justin Trudeau paid a visit to recently installed Governor General, Mary Simon, and requested the dissolution of Parliament.
And the political stallions were out the gates, off and running for the vaunted national prize. Another national election season was on, to elect a new leader, perhaps the incumbent of the former governing party, and a new parliament, ostensibly to take the country forward, depending on the quality of the political goods for sale.
So it’s election season in Canada. No sooner was the election announcement made than people took to the radio waves to have their say, targeting the most obvious source of their disgruntlement: the Liberal Party and leader, not the least of which were criticisms by some in media for calling an election, given most Canadians preoccupation with the Corona virus pandemic:

“Why did he decide to call an election at this time” being the most pressing question, along with criticisms of “being selfish?”

I can’t recall ever hearing a political leader being described as “selfish” for calling an election?
Other say he “could’ve waited until at least next year before calling the election”, “he did it now as a “power grab” to win a majority government…”
Others complained that “he called the election to look after himself” Among more unflattering ones…
Even by some in media who are spouting divisive “ideological comments…”
After all, politics, as the old saying goes is about “…getting elected and staying elected.”I wondered when would’ve been a good (or ‘‘right time”) to pull the electoral plug and hit the campaign road.

Being the outgoing prime minister he simply did what every national political leader, Trudeau under the circumstances exercised his ministerial prerogative. Perhaps for the last time as many political pundits and lay people alike are now opining as the election campaign continues for the coming weeks leading up to Monday, September 20, pandemic be damned, Election Day in Canada.
And it’s exactly what we’re witnessing this election cycle. The recipe never changes.
Which soon became apparent and a moot point, once the leaders were out on the hustings making their election sales pitches. It’s a simple case of “buyer beware.”
So how do we refer to this federal election cycle? Covid-19 pandemic election, or simply the Pandemic election? Or as someone suggested: Get rid of Trudeau election.
Listening to people the day the election was called It will be election season in Canada, until voting day, Monday, September 20.
Until then many things will be promised, kinda like Christmas in one of the hottest summer seasons many have known… coupled with a pandemic not many to any of us have ever known.

Buckle up and take it (the section ride) in stride is the operative phrase here. Just hope next winter won’t be comparable in extremes…
In the meantime think of all the goodies being promised Canadians by the Liberal Party of Canada and former Prime Minister leader. Everything’s available online…
Not unexpectedly, (the nation of) Quebec wants… is demanding a lot of money — “billion$” — to sustain the perpetual (dream and hopes of) nationhood. And as the premier states, “no strings attached.”
Politics being what they are, Conservative Party leader Erin O’Toole is abandoning its usual Conservative playbook and policies, like “Old Stock…” and is also on a spending spree, giving Trudeau and the Liberals more than they can handle, essentially out-Liberaling them. In the process looking more Liberal than Conservative with their willingness to promise/give Canadians everything they think will bring the party the prime ministerial prize. Many political prognosticators are implying as much.
In the meantime interim Jagmeet Singh is worthy; Annamie Paul has her (political) hands) full, doing her part to help save/rescue planet Earth; the other leaders are simply not talking to me, not even Erin O’Toole’s promises (as tantalizing as some might be). And as much as I always do my best to improve my French language skills, I can’t survive being force-fed one other Canadian language coupled with divisive politics in the process without food in my stomach…

Everything the respective parties are offering is online to sample and might help you decide where to mark your X or darken your O on election day. 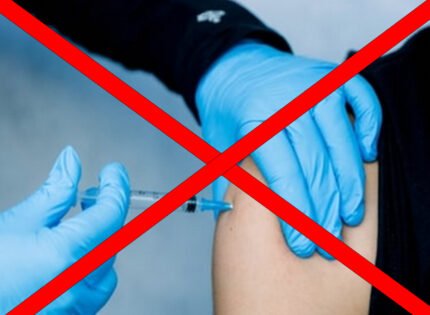