Advertise with Us
Home Entertainment Prince Welcomes U 2 America 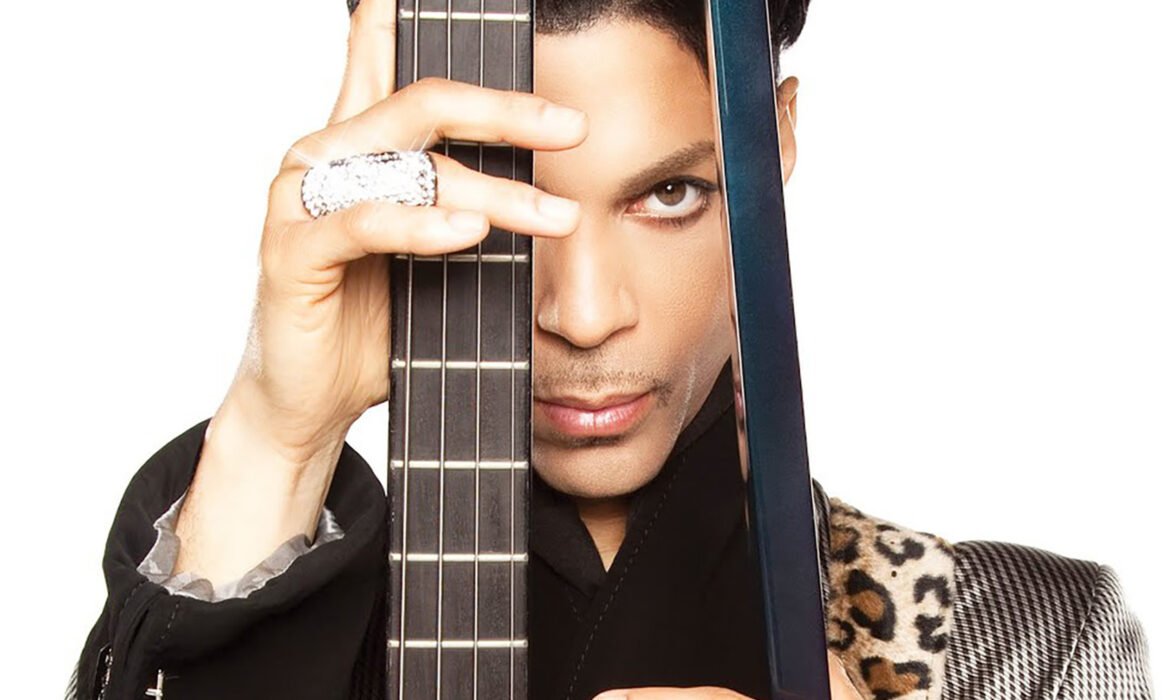 He always and always makes you dance.....

“Welcome to America, where you can fail at your job, get fired, rehired and get a seven hundred billion dollar tip”
Those are the opening lyrics to the title track from an unreleased album that the Prince estate just put out.
It’s called “Welcome 2 America.” See it as a sort of conceptual album of jazzy funk tracks, that for whatever reason was never released by His Royal Badness when he recorded them in 2010.

So while the world of Prince fans await the release of the next exclusive boxed-set that would follow “Purple Rain”, “1999” and “Sign O The Times”, the estate hits the purple universe with songs most never knew existed.
Let’s not get it twisted though, The “America” that Prince is looking at on this joint is the “America” as seen through Black eyes and what it means to have been enslaved on American soil and what is means for a Black person to “survive” in America.
For starters, yes Prince’s purple party has always been open to all. A testament to this are the lyrics on his 1980 anthem “Uptown” from his groundbreaking album “Dirty Mind,” where he croons in a soulful, high falsetto voice; “white, Black, Puerto Rican, everybody just a feakin’”.
But his work in music, film, videos and books has always reserved a special spot for his people.
From the time he was signed to a three album deal with Warner Bros Records in 1977 as a teenager, where he would produce, arrange, compose as well as play and sing everything on his 1978 debut album “For You,” he was determined to get some respect for his people.
He told the execs at Warner from day one: “don’t make me Black”.
What he meant was not to not make him, into whom he already was but to not make him into America’s stereotype of a Black man.
What Prince wanted not to be was the typical ‘jive talking, drug using, uncle tomin’, over-sexed caricature that so many white executives in the entertainment and media industry were and still are comfortable with.

As far as Prince and the over-sexed thing goes, we’ll plead the fifth on that one until another day.
Prince has always made it his role in serving Black people with his creativity and the monetary gain that it generated.
Whether paying off medical bills for legendary Black musicians who never reaped the financial benefits that he did. He financially took care of Lauryn Hill’s children while she was briefly incarcerated for tax evasion in 2013.
Prince donated almost a million dollars in 1984 to pay for a music video for a song honouring slain civil rights activist Dr. Martin Luther king Jr., which featured some of the biggest rappers in hip-hop at the time.
Prince helped director Spike Lee financially in 1993, when the legendary director ran out of money while shooting his 1993 epic biopic “Malcolm X”, starring Denzel Washington in the lead.

He’s donated millions upon millions to programs in the inner-city serving Black children in programs involving music in schools, coding, urban farming and education.
Whether writing slave on his face after signing a $120 million record deal in Warner in 1993 to show that this is what Black entertainers were still seen as to white record executives who reaped ten times the amount in said deals, recording a song with Public Enemy’s Chuck D. in 1999 called “Undisputed” or counselling an endless stream of Black musicians on the politics of the music industry including; Anita Baker, Anthony Hamilton, Lenny Kravitz, Mariah Carey, Music Soulchild, Bilal and yes, even Michael Jackson, Prince has always been in service to his people.
So now, we come to the just released album “Welcome 2 America”!
Again in service to his people, Almost six years before Trump. Four years before Black Lives Matter. Even six years before his own untimely death in 2016.
Prince, as always, was on it!
The hip-hop, jazz flavoured “Runnin’ Game”(Son Of Slave Master) talks about how the descendants of slave owners still reap the benefits of their forefathers my continuing to take advantage of Black folks through technology.

On “1000 Light Years From Here”, he plays a wicked rhythm guitar riff while singing about the importance of education being available for all children regardless of race.
“Born 2 Die” follows the tale of a young sister from the hood and the pitfalls she goes through to survive. It has Prince’s falsetto sounding more Curtis Mayfield than ever, echoing the late soulster’s 1972 tune “Little Child Runnin’ Wild” off of his classic “Superfly” soundtrack.
The cheery pop of “Hot Summer” is misleading as Prince foretells the future of recent Black uprisings in the light of continuous police shootings, including the murder of George Floyd in Prince’s hometown of Minneapolis.
The ultra-funky “Same Page, Different Book is so prophetic it’s scary. “Yes”, a gospel tinged rocker as well as the gorgeous “Stand Up And B Strong” with Prince shredding metal guitar licks are inspiring and uplifting in a dark time and mind you, these songs are over 10 years old.
One of tracks with the most fire is “1010”(Rin Tin Tin) which harks back to P-Funk.
As always, Prince makes you think. He makes you ponder. He makes you curse, He makes you pray. But he always and always makes you dance…..