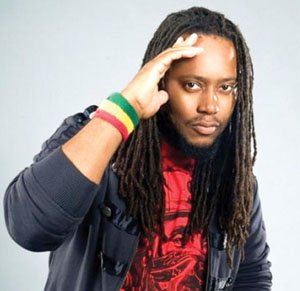 From August Town to Black Gold to Dangerously Roots

“To those whom much is given, much is expected…,” words attributed to John F. Kennedy, but a guiding principle that seems to stick to Duane Stephenson whose exceptional talent as a singer and songwriter positions him as a source of inspiration to lovers of reggae music the world over.
Since he announced himself in early 2008 with August Town, a song that has taken its place among the classics as a commentary on violence and life in a hard-scrabble community, Stephenson has been heralded as a shining light on the reggae scene.
He easily surpassed those expectations with a powerful sophomore album, Black Gold, a repertoire of musical gems that highlighted his keen insights on the goings-on around the world, not the least of which is Africa.
And he consolidated his place in the hearts of the lovers of roots reggae with an extensive tour of North America, Central America and Europe with the legendary W

ailers, an experience he says, that has “opened a whole new world” to him.
Inevitably, his storied growth as a musician has earned him legions of fans around the world and salivating anticipation for his follow-up album.
Well, it’s here. And the aptly titled Dangerously Roots album makes a statement on Stephenson’s place as one of the guardians of the roots reggae genre.
It comes with 16 tracks, and promises to be a treat to roots-reggae lovers, as he brings his highly-touted songwriting talents to themes of cultural consciousness, identity, love and recurring violence.
There are several fire hits on Dangerously Roots, such as Rasta For I, Jah Reign, Simply Beautiful and Ghetto Religion.
In a telephone interview with The CONTACT, Stephenson spoke about the album and his musical growth and the role he envisions for himself on the quickly evolving music scene.
“I think it’s very musical,” he says. “And it gave me an opportunity to show myself as a singer in the true sense of the word, while staying true to the roots.”
He added that a lot of inspiration came from spending time with some of reggae’s icons during his extended world tour with the Wailers.
And it’s why he doesn’t accept talk about him or anyone else being a “savior” to reggae music.
“I don’t think that there’s anything wrong with reggae music or that it needs saving. There’re many generations of singers who have contributed to make it a powerful genre and many more to come,” he says. “All I want is to make my contributions also.”
And he’s doing so, by staying rooted to the place where he was born and continues to live and staying true to the foundational principles that have gotten him to where he is today.
For one, he continues to live in August Town, where fame found him among friends with whom he ran as a youth, sometimes facing dire circumstances.
And he takes that sense of place with him wherever he goes.
“There are many personalities and voices in reggae,” he says. “But there can only be one Duane Stephenson from August Town.”
Stephenson was born in Kingston, in 1976, but grew up in August Town, a little town in the hills of St. Andrew.
It got its name from the emancipation date of slavery on the island, August 1, 1838. It was home to two pivotal figures in the cause of Black pride and history, a staunch Africanist who founded the First Baptist Church and pan-Africanist university lecturer, Walter Rodney.
August Town also produced a long list of performing stars, including Stephenson’s uncle, Michael Rutherford, lead singer of the once popular band Sunny Bradshaw, The Rastafarians, and the well-known Sizzla Kolongi.
“August Town is home, and I try to be a role model to a generation of youth who are endangered,” he says. “They are still caught up in gangs and drugs and dying on the streets.”
Sadly, he says, there’re very few to whom they can look for guidance in finding their way out.
And so it is for Black youth, not only in Jamaica and across the Caribbean, but around the world, where they are being failed by “leaders” in the entertainment industry, in politics and in all other sectors.
“Those in position and have the power, influence and money are not saying anything on what’s going with Black youth today and that’s why there’s no change.”
For his part, Stephenson refuses to stay quiet. And just as he did with his debut single August Town, his Nah Play and Run For Your Life are powerful commentaries on the senseless rage that has overtaken the streets of our communities.
He also brings a loud voice in the fight against poverty and hunger, since he was introduced to the cause by the Wailers through their work with the UN World Food Program. Stephenson says his is a lasting commitment to a light on the issue of world hunger.
Four years ago, he wrote A Step for Mankind with The Wailers to benefit the UN food initiative, which has become an anthem in the struggle against global hunger.
In 2010, he was invited by the World Food Program, USA to Washington DC, to honor then Secretary of State, Hillary Clinton, at the George McGovern Leadership Award, an annual ceremony to recognize those who have played a role in the fight against global hunger.”
It’s all part of using his talent to make a difference, he says.
“I see so many entertainers come on the scene, make millions of dollars and leave… I choose to take a stand.
Because in the end, you’ll be remembered by what you did and what you leave behind.”
Stephenson entered the performing circuit in the early 2000s with To-Isis, a group of friends from a performing arts school.
In late 2007, he chose to go solo with his big tune, August Town, and benefited immensely from his tutelage under renowned musician and producer Dean Fraser.
That album, which also featured the his cover version of Tyrone Taylor’s 1980s lovers rock hit, “Cottage In Negril”, earned Stephenson international renown.
In 2010, Black Gold was nominated for Album of the Year.
It has been a couple years since Stephenson has been to Montreal and he’s looking forward to reconnecting with his fans here now that he has something new and fresh to offer them.
“If all goes well, I’ll be bringing Dangerously Roots to Montreal in February 2015,” he assures fans.