Drawing from A Lifetime of Music 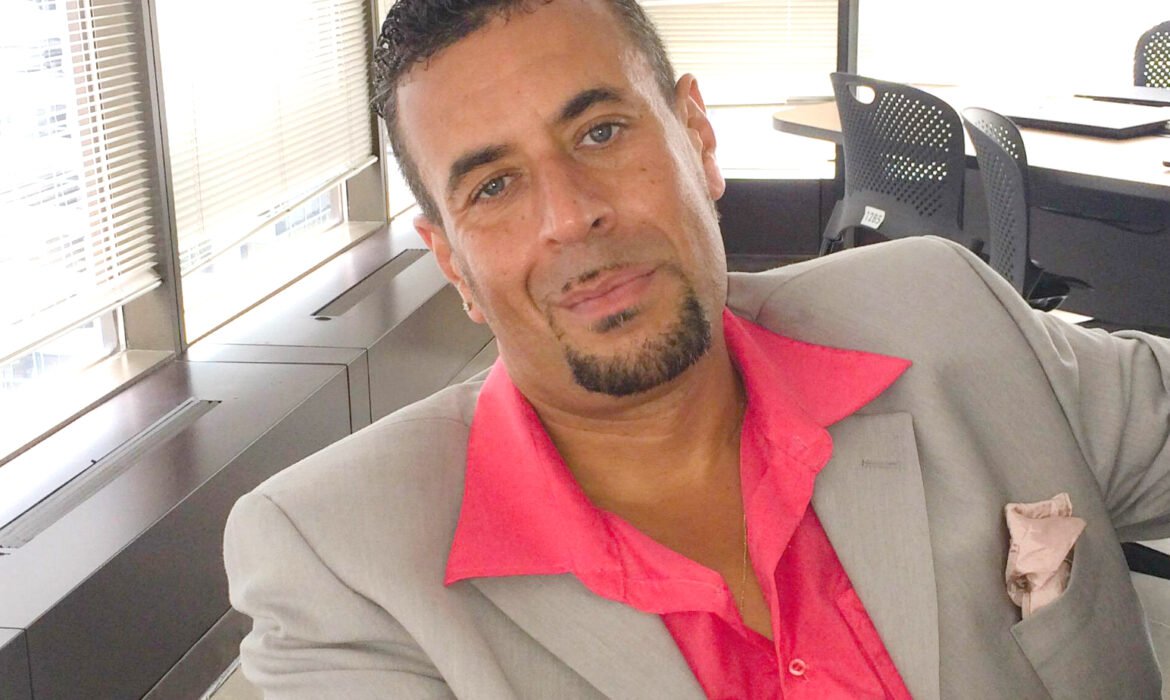 You’ve heard him on CBC Radio 88.5 fm Fridays at 4:35 pm, and once in a while on CKUT 90.3 fm, and many remember reading his columns in The CONTACT. Whatever the source, we’ve come to know Duke Eatmon as the ultimate authority on Black music in Montreal.
This year marks his 25th year in the music arena, having started as a young musician playing in bands with some of the icons of soul and funk around Montreal and Quebec.
Ever since he received his first guitar as a five-year-old, music became his refuge and an outlet for his introvertness.
“Music was always an escape,” he told the CONTACT.
Even before he was a teenager, he taught himself to play the guitar, the keyboards and the drums, and it wasn’t long before he was on the circuit gigging with some well-known personalities, including Michelle Sweeney.
Eventually, he became disenchanted and walked away. But his interest in Black music and music in general never faltered.
So he continued to learn: reading voraciously about the various genres and their history, the personalities that colored the art form over the decades and the impact of music on societies.
It all became his domain, but Black music was his forté.
In a life that revolved around music, Duke was born to an African American father whose lineage includes several jazz and gospel musicians. His mother, originally from out west, Edmonton, also came from a strong country and western singing family.
So he grew up surrounded by songs and instruments. And along the way he accumulated a library of records, vinyl, CDs, tapes, videos, magazines, books and music paraphernalia that he draws upon to educate and entertain his weekly CBC listeners… people made loyal not only because of his knowledge but also his amazing ability to tell the story in an articulate and well- informed manner.
With him having such an obvious abundance of all that it takes, it’s not unusual for his listeners and supporters to wonder aloud: “What is Duke doing in this place. He should be making big dollars in a big city where his knowledge and talent will be appreciated.”
He to have contemplated doing radio in the LA, New York or Toronto but more than his penchant for music, Duke is a family man and the well being of his two children has always been paramount to him.  And Montreal where he was born is the best place to raise his family.
This city that fed into his passion for music at a time when there was no shortage of American stars passing through, and mega shows to attend.
And there is nothing he relishes more than sharing the wealth of information that he has accumulated throughout a lifetime spent immersed in songs and personalities that colored the decades of the 60s, 70s, 80s and 90s, which today music lovers in Montreal draw from.
For the second year, Duke will be teaching a course at McGill University.
The eight-week course, titled “The Evolution Of Black Music” starts on Feb. 3 at McGill’s Continuing Education Department’s P.A.C.E. program and offers participants an enthralling look into the music that has colored their lifetime and beyond.
In the course Duke covers a wide spectrum of topics that include the evolution of soul music from its African roots to negro spirituals, to gospel music, The Tree of African-American Music, Golden Era Of Black Music, The Essence of Soul music, and consciousness in soul music.
And will trace a line across the career of musical icons such as Chuck Berry, Little Richard, Duke Ellington, Billie Holiday, Michael Jackson, Lionel Richie, Diana Ross, Roberta Flack, Marvin Gaye, Stevie Wonder, James Brown, Gil Scott-Heron, Nina Simone, James Brown, Otis Redding, The Temptations, Sly And The Family Stone and their influence on the various &&& {genres?} of Black music.
The course is delivered in a multi media classroom where he plays records, CD’s, shows films and videos, discusses lyrics and musical arrangements with full input from participants.
This course follows another one he delivered in the fall entitled “The Musical Revolution Of The 1960s.”
And Duke says he is always moved by the response of participants, most of who express appreciation of the information imparted.
Duke credits the in-roads he has made in media, and now as an educator, to a life that has been immersed in music and his uncanny ability to retain almost everything that he has been exposed to in the art form for more than four decades.
I still remember everything about that first James Brown show I attended as a five-year- old as if it was yesterday. And so it is for almost everything else in music for me.
Look out for him doing a feature on “The Evolution Of Black Music” on his CBC Radio One segment on “Home Run” on 88.5 FM or www.cbc.ca//
And those who would like TO SIGN UP can do so at:
https://www.mcgill.ca/continuingstudies/programs-and-courses/personal-and-cultural-enrichment-pace